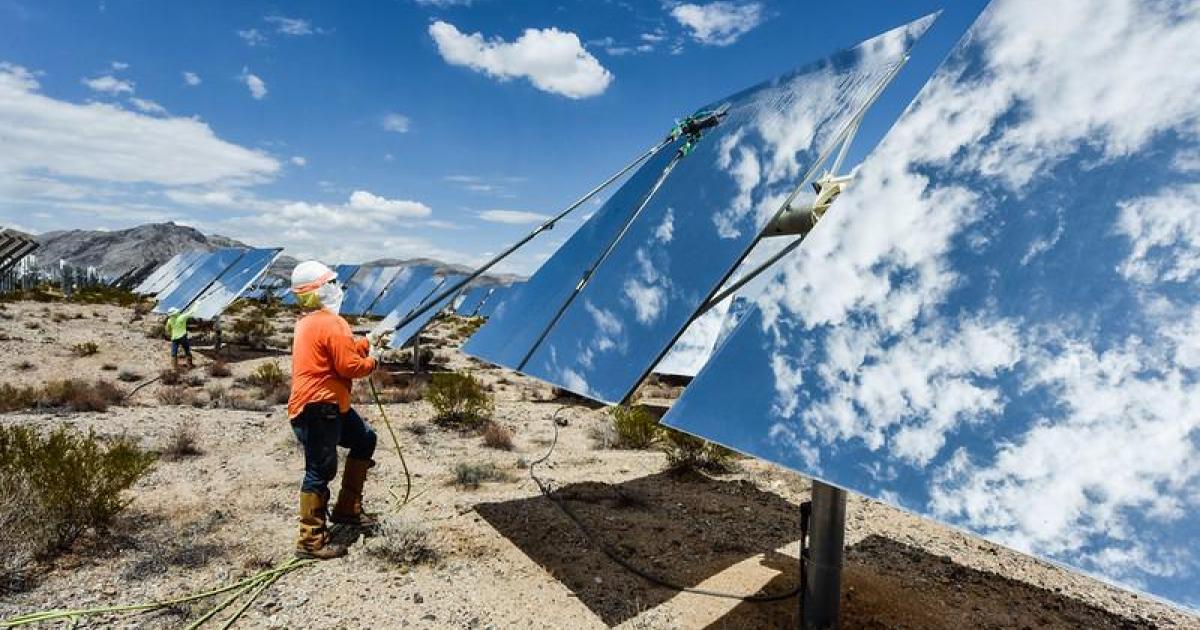 The latest science shows that preventing the worst effects of climate change will require shifting to 100 percent carbon-free energy sources well before mid-century. President Joe Biden set a goal of reaching 100 percent clean electricity by 2035 in the United States, and the new budget reconciliation package includes a Clean Electricity Payment Program, tax incentives and other power sector policies designed to help achieve that. Large energy buyers such as companies and cities — which use more than half of the electricity generated in the United States — will be critical for the needed transition.

To date, large energy buyers have played an important role in decarbonizing the U.S. grid by purchasing and adding large quantities of new renewable energy capacity. Globally, corporate buyers purchased more than 76 gigawatts (GW) of clean energy since 2011. In the U.S., corporations have been responsible for deploying 35 GW out of a total 130 GW of new utility-scale renewables added over the last decade.

But it’s important they go even further. Over the next decade, the U.S. needs to deploy two to three times the record levels of renewables it installed in 2020 to fully decarbonize the grid.

Large energy buyers can help not only by increasing their clean energy use, but also by focusing on how, when and where they are procuring and using carbon-free energy resources — what we refer to as transformative procurement.

Interest in transformative energy procurement practices is increasing. Microsoft recently announced plans to match 100 percent of its electricity consumption with zero-carbon energy purchases, following on Google’s commitment to operate on carbon-free energy 24/7 by 2030 and a similar pledge by the city of Des Moines, Iowa.

In the American Jobs Plan, the Biden administration called for federal agencies to purchase 24/7 clean power for federal buildings, following a Jan. 27 executive order asking agencies to use their procurement authority to help achieve the 2035 carbon-free electricity goal.

Most customers match their renewable energy purchases with their energy use annually. But hourly matching — where buyers purchase clean energy from utilities or power suppliers that aligns with their own load on an hourly basis — offers benefits. By using clean energy when it is available, customers can reduce the need to curtail solar or wind energy, lessen demand for energy from fossil fuels, and enable others to add more clean energy to the grid.

The most ambitious form of time-matching is to match 100 percent of a customer’s energy use with clean energy. It can also meet portions of a customer’s electricity demand, such as targeting specific time periods that pose challenges for grid operators (such as midday, when there is excess solar generation) or specific types of loads (such as electric vehicle charging).

For example, in May, Google signed an energy supply agreement with independent power producer AES Corporation that will serve its Virginia data centers with 90 percent carbon-free energy when measured on an hourly basis. In the first clean energy procurement deal of its kind, AES will source energy for the data centers from a 500 megawatt (MW) portfolio of wind, solar, hydropower and battery storage resources put together from AES’s own renewable energy projects and those of third-party developers.

Large energy buyers can shift their loads to different times of the day in order to use clean energy sources when they are most available. This shift in demand can be an important way to enable additional sources of clean energy.

Many studies on achieving net-zero carbon emissions in the power sector emphasize the need for more flexibility in electricity demand to cost-effectively transition to high levels of clean energy and manage the daily and seasonal variability of renewables. Many approaches exist.

For instance, buyers can configure building thermostats to “pre-cool” buildings during the day to maximize their use of solar energy. In this way, the pre-cooled buildings would then rely less on grid electricity when the solar output is reduced later in the day.

In one of the more sophisticated applications, Google developed a carbon-intelligent computing platform to analyze the load from a single data center and shift the timing of non-urgent computing tasks — such as creating new filters on Google Photos, processing YouTube videos or adding new words to Google Translate — to times when low-carbon power sources, such as wind and solar, are most available on the grid. Google has rolled out the capability across its global fleet of data centers.

Some forms of clean energy — including types of hydropower, geothermal and biomass — can generate electricity on demand, unlike variable generating sources such as wind and solar. Some buyers also support the use of nuclear, green hydrogen and fossil generation with carbon capture and storage (CCS) to enable their 24/7 purchasing goals.

As we increase the amount of clean energy on the grid, the presence of these dispatchable resources becomes more important for reliability. Buyers can strategically contract from utilities or power suppliers for new clean energy sources that can operate on demand.

The University of Utah, for example, is purchasing 50 percent of its electricity from renewables, including through a 25-year contract for 20 MW from a geothermal project in neighboring Nevada. Investing in new hydropower generators at existing impoundments is another possible approach.

4. Use storage and other decarbonization-enabling technologies

As we transition the power grid to higher amounts of clean energy, we need to deploy more technologies to support clean energy use, such as energy storage, load controls, electrification of buildings and vehicles, energy efficiency and potentially carbon capture. Energy users are increasingly using battery storage paired with solar energy, which can help alleviate challenges with too much solar generation on electric grids midday, as we have seen in California and Hawaii.

Other innovative solutions encourage use of grid-scale storage that benefits customers, too.

For instance, in January 2019, Sacramento Municipal Utility District (SMUD) launched the Energy StorageShares program, which gives commercial customers access to off-site battery storage systems. To participate, customers pay to sign up for storage “shares,” which provide them with utility bill savings from reduced charges associated with their monthly peak energy demand. In exchange, the utility can strategically site energy storage systems in locations that are most beneficial to the grid.

This is one type of new utility-customer solution that can benefit both parties and help manage more clean energy on the grid. Some buyers such as Microsoft are even investing in carbon capture technologies to address their historical emissions through a combination of bioenergy with carbon capture and storage, direct air capture and forestry and soil carbon sequestration techniques.

Salesforce, for instance, developed a matrix to score its own renewable energy projects across economic, environmental and social criteria, and ultimately ranks projects based on their estimated hourly avoided emissions. Given that the types of generators serving the grid differ, the potential emissions reductions from a renewable energy project can change based on its location and production profile.

Buyers can support an equitable and just clean energy transition through their procurement practices. For example, buyers can site projects in areas that maximize benefits for low-income communities and communities of color, involve local communities in project planning from the start and encourage diversity of the workforce used to construct facilities.

In July 2020, Apple committed to become 100 percent carbon-neutral across its supply chain. As part of that initiative, it will establish an Impact Accelerator to invest in minority-owned businesses that drive positive environmental outcomes in its supply chain and in communities disproportionately affected by environmental hazards such as air pollution.

Moving towards a carbon-free electrical grid

In order to implement procurement practices that decarbonize the grid, large energy buyers also need new product offerings from utilities and energy suppliers that send the right pricing signals. New products that blend clean energy supply with demand-side measures can benefit both customers seeking to drive decarbonization and utilities managing the transition to a cleaner grid. Further, the methods used to measure the impact of procurement practices — such as metrics buyers use to compare projects and estimate emissions impacts — will also need to evolve to recognize new transformative procurement approaches.

The role of large energy buyers in the clean energy transition is absolutely critical. The actions taken — or not taken — by corporations and cities over the coming decades will help determine whether we are able to avoid a climate emergency for generations to come.

Note: Google and Microsoft are members of WRI’s Corporate Consultative Group (CCG). Microsoft and Apple, which are referenced in this article, fund WRI work unrelated to this article. WRI’s large energy buyers work is supported through WRI’s partnership with Google. All article content reflects the independent views of the authors.

Mapping the Amazon’s fish under threat
Rubber Trees Has Been Ravaged by an Infectious Disease That Could Affect 50,000 Hectares of Plantation in Basilan, Philippines
Bacterial defence repurposed to fight blight
Google is asking employees to test potential ChatGPT competitors, including a chatbot called ‘Apprentice Bard’
Copper-studded catalyst turns pollutant into potent fuel