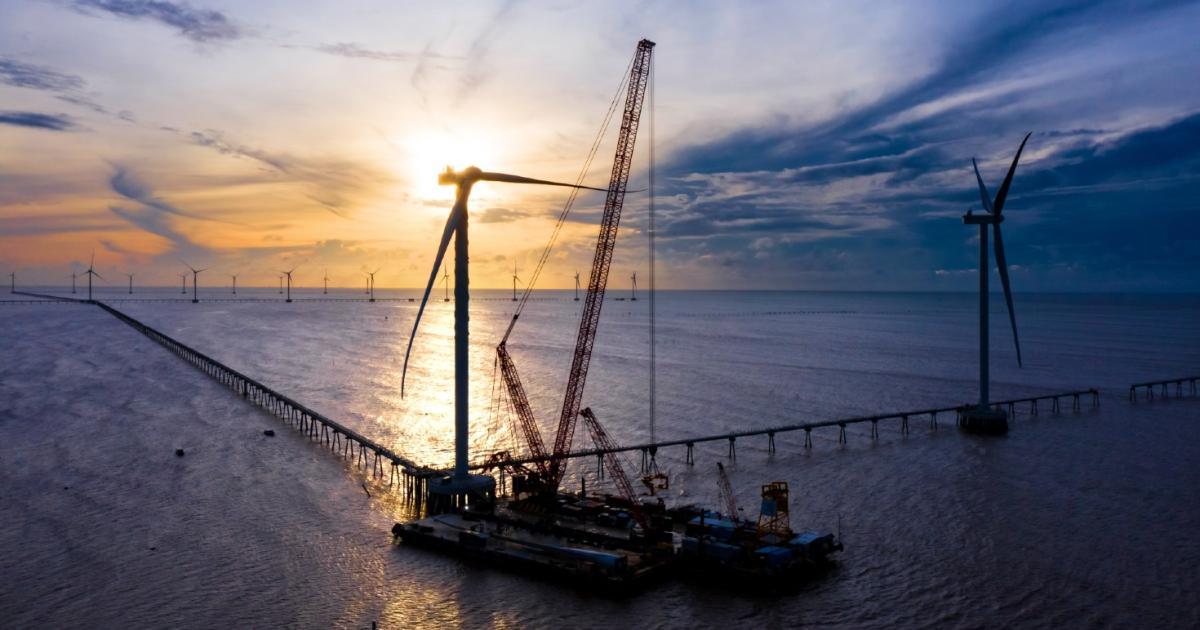 The ocean is rising on the international climate policy agenda and the dialogues around it — 51 national plans include at least one measure aimed at ocean-based mitigation, compared to just 31 in the first round of nationally determined contributions (NDCs) — but will this translate into commitments to act? One clear change is countries’ recognition that the ocean is not merely a victim of climate change, but an important part of the solution.

New analysis from World Resources Institute has found that 77 out of 106 new or updated Nationally Determined Contributions (NDCs) — national pledges to reduce greenhouse gas (GHG) emissions — from island and coastal states include at least one ocean-climate action.

This comes at a critical time as the world remains set for a disastrous 4.8 degrees Fahrenheit temperature rise by the end of the century, based on current climate pledges. To see significant change, we need an integrated approach that calls for increased ambition across all carbon sources and sinks, including proper accounting of the ocean’s contributions, as called for by the IPCC 6th Assessment Report, particularly through reducing GHG emissions using marine renewable energy, decarbonizing maritime transport and sequestering emissions in the ocean.

The ocean is already key to regulating the global climate, absorbing about 25 percent of human-caused carbon dioxide emissions released into the atmosphere, but the ocean economy and ocean ecosystems can play an additional crucial role in further driving down emissions. Research commissioned by the Ocean Panel shows that sustainable ocean-based climate actions can deliver up to 21 percent of the annual GHG emission cuts needed by 2050 to limit global temperature rise to 2.7F.

To meet the goals of the Paris Agreement, governments must accelerate implementation of these ocean-based climate solutions and continue to raise ambition to put the world on track to limit GHG emissions.

Fifty-one NDCs include ocean-based climate solutions aimed at reducing emissions, compared with only 31 in the first round of NDCs. Thirty-one NDCs include at least one target, policy or measure aimed specifically at supporting vulnerable ocean-dependent communities.

Out of 43 LTSs from coastal and island countries, 36 have at least one ocean-based climate solution as part of mid-century plans for achieving net zero and/or increasing resilience to climate change impacts.

Despite this progress, there is still much more to be done to use the ocean to its full potential in the race to drive down GHG emissions.

Only 16 NDCs include a mitigation target, policy or measure aimed at ocean-based renewable energy, indicating a gap between mitigation potential and government policy-setting. Significant growth of ocean-based renewable energy is imperative for reaching global net zero targets but requires equitable planning and implementation that accounts for potential negative impacts on communities and ecosystems. Technologies such as offshore wind (using fixed and floating technology), wave, tidal and floating solar are good investment opportunities, as research suggests they can significantly mitigate the effects of climate change if implemented to their full potential in all regions. Stronger policies from governments, such as NDCs and associated implementation plans on renewable energy, can provide the confidence certainty necessary to help spur private sector investment and scale energy capacity faster.

Twenty-five countries include ocean transport mitigation actions in their NDCs. Emissions from shipping are not compatible with the goals of the Paris Agreement. Compared to country emissions, the sector currently would rank among the top 10 largest emitters globally. NDCs should establish national targets for the decarbonization of domestic ocean transport (coastal ferries, fishing vessels, national fleets), as well as to support the development of alternative fuels and associated ports and grid infrastructure. International collaboration is also key for establishing “Green Shipping Corridors.” The Green Shipping Challenge, launched at COP27, called for commitments from all aspects of the sector to support net-zero by 2050.

3. Use coastal and marine tourism to cut emissions.

Only two of the NDCs analyzed include mitigation actions related to coastal and marine tourism. Building off the Glasgow Declaration for Climate Action in Tourism, launched at COP26, there is tremendous opportunity to increase focus on this sector, which represents 50 percent of all global tourism. There are opportunities to explore approaches to incentivize emissions reductions within the coastal and marine tourism sector, including from accommodation and operations but also travel to and from destinations.

4. Invest in sustainable, low carbon ‘blue food’ for the future.

There is an increase in targets, policies and measures focused on fisheries and aquaculture, particularly from countries in sub-Saharan Africa. Given the importance of protein from the ocean in feeding over 3 billion people, increased attention on ensuring sustainable, low-carbon and climate-resilient fisheries and aquaculture represents a significant opportunity for enhanced ambition.

5. Ensure protection and restoration of all blue carbon ecosystems.

Natural coastal carbon sinks, including mangroves, seagrasses and salt marshes, are among the most productive ecosystems in the world and sequester and store large amounts of carbon from the water and atmosphere. 29 NDCs and 19 LTSs including the protection and restoration of mangroves for their ability to sequester and store carbon and increase the resilience of coasts and coastal communities. Countries should continue efforts to ensure the protection and restoration of all blue carbon ecosystems, and where possible account for these ecosystems within national GHG inventories, using the 2013 IPCC Wetlands Supplement.

6. Improve access to sources of finance to accelerate ocean-based actions.

There is increasing recognition that governments need support in accessing funds, like the Green Climate Fund for ocean-based climate projects. This includes access to private sector finance and innovative financial mechanisms to increase the use of ocean-based climate solutions. “Blue carbon” projects that restore coastal and marine ecosystems to store and sequester carbon are also an emerging opportunity for carbon credits and results-based payments in carbon markets. These opportunities also should align with ongoing UNFCCC discussions around carbon trading in market and non-market mechanisms (Article 6).

Climate action, when responsibly planned and implemented, can reduce inequities by advancing social, economic and environmental benefits to communities, while at the same time addressing wider socioeconomic issues. Many ocean-based climate solutions already have the ability to advance equity and improve opportunities for vulnerable communities. By advancing rights-based policies in broader climate strategies, countries can better support communities that depend most on ocean resources. This could include developing gender responsive plans for coastal communities and addressing the full participation of Indigenous Peoples and Local Communities (IPLCs) and youth in capacity building on ocean-climate action.

While ocean-based climate commitments are becoming more prominent in new or updated NDCs, countries must focus on implementation of these commitments to turn ambition into action and close the emissions gap, which is the focus of discussions in Sharm El-Sheikh at COP27.