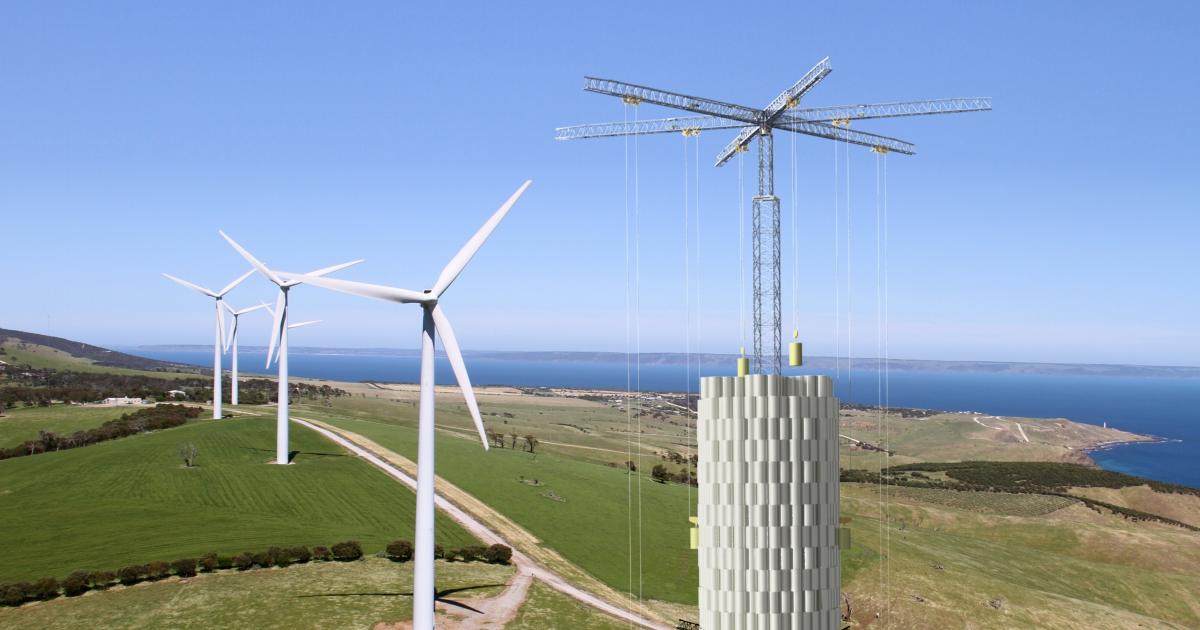 Long-duration energy storage — defined as a system that can store energy for more than 10 hours — is often called the Holy Grail of clean energy. It is the linchpin technology that will allow the economy to truly run off intermittent renewable energy sources and backup power after grid disruptions.

It’s been the Next Big Thing for about 20 years. But maybe, just maybe, it really is the next big thing right now.

In July, the Department of Energy launched an effort to push down costs of long-duration energy storage by 90 percent by 2030 as part of its Energy Earthshot Initiative.

“We’re going to bring hundreds of gigawatts of clean energy onto the grid over the next few years, and we need to be able to use that energy wherever and whenever it’s needed,” Secretary of Energy Jennifer Granholm said in a statement. “That’s why DOE is working aggressively toward cheaper, longer-duration energy storage to reach President [Joe] Biden’s goal of 100 percent clean electricity by 2035.”

Whether a result of the Earthshot announcement or simply good timing, in the last month, big investors have backed a variety of energy storage startups using new technologies and promising low costs. Here are five major announcements from the last three weeks, and what makes their technologies unique.

The news: On Aug. 25, Energy Vault announced $100 million in Series C funding, led by Prime Movers Lab alongside Saudi Aramco and Softbank Vision Fund. Following that news, Energy Vault announced a special purpose acquisition company (SPAC) with Novus Capital II in a deal that landed the energy storage venture on the New York Stock Exchange. The pro-forma enterprise value of the combined company is $1.1 billion, according to a press release.

The technology: gravity-based, grid-scale energy storage. The system uses excess renewable energy to raise bricks, then lowers the bricks to generate energy during peak demand — all controlled by AI software and executed autonomously.

Value proposition: An energy storage system that is cost-efficient, reliable, safe to operate and environmentally sustainable over a 35-year technical life.

Deployment status: Energy Vault says it has eight projects in the pipeline for a total of 1.2 gigawatt-hours of energy storage capacity, with deployments planned for the U.S., Europe, Middle East and Australia.

The technology: FlexGen promises grid-scale and microgrid energy storage, integrated with energy management software. The company got its start in 2009 providing energy storage to the military.

The value proposition: Integrated software to reach “peak asset performance.” The company sees the value of energy storage as the connection between the hardware and software to optimize performance.

Deployment status: The company has more than 20 utility-scale energy storage projects listed on its website, primarily in Texas, which provides load shifting and ancillary services.

The news: On Sept. 15, EnerVenue announced a $100 million in Series A funding — a monster round for such an early-stage venture. Schlumberger New Energy led the investment, accompanied by Saudi Aramco Energy Ventures and others.

The technology: Nickel-hydrogen batteries, which can operate in extreme heat and cold and are currently less expensive than lithium-ion cells. Nickel hydrogen is also heavier than lithium-ion, making it less ideal for electric vehicles, though potentially a good option for grid-scale storage.

Value proposition: The company promises an energy storage solution with low upfront and operational costs that is long-lasting and flexible. It got its start with NASA, powering the International Space Station and Hubble Space Telescope, which the company points to as evidence of the technology’s ability to perform in extreme conditions.

The technology: Malta uses an electro-thermal technology that it calls a pumped heat energy storage system, developed out of X, the Moonshot Factory (formerly Google X). It works by converting electrical energy into thermal energy, storing the heat in molten salt and cold in chilled liquid. It then uses a heat engine, powered by the temperature differential, back to electricity.

Value proposition: The technology boasts a long-duration, grid-scale, cost-effective energy storage technology. The company says it can efficiently store up to 200 hours of energy. Malta says the technology can also be used to generate heat for industrial heat applications.

The technology: Form uses an iron-air battery, which converts iron to rust, then rust back into iron, discharging and charging the battery in the process. The company says that its battery can store electricity for 100 hours at system costs competitive with legacy power plants.

The context: Form Energy made headlines in July when it announced its long-duration battery should be ready for mass production by 2025 — at a fraction of the price of other energy storage systems. While other companies have made similar promises, Form Energy says this time is different. “We’re the alumni of a generation of failed battery companies who all came back for more,” Yet-Ming Chiang, one of the company’s co-founders, told the Wall Street Journal.

The value proposition: A cheap, long-duration energy storage source that is on the verge of commercialization. Form estimates it will spend less than $6 per kilowatt-hour of storage, compared to $50 to $80 per kWh of nickel, cobalt, lithium or manganese minerals.