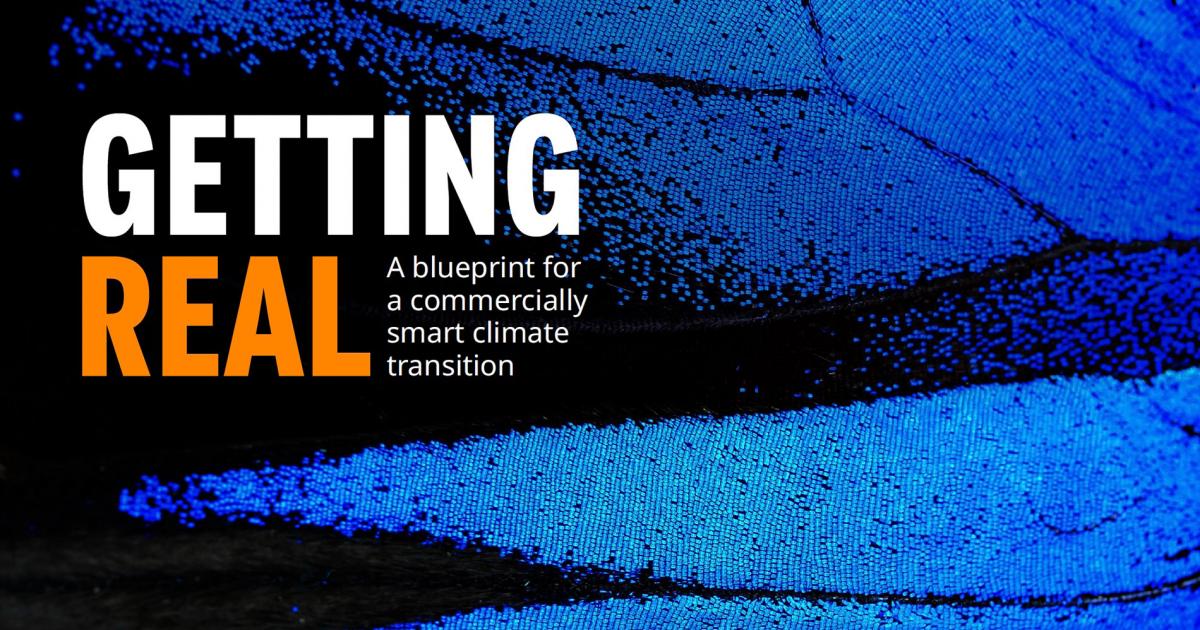 It’s Climate Week, a sprawling mélange of events, webinars, workshops, private dinners and other meetups — mostly virtual, but plenty of them taking place in New York City. And did I mention reports? Lots of them, last week and this.

Call me jaded, but it’s hard to get overly excited about the litany of pronouncements and commitments that typically populate the week — or of the dire warnings that usually accompany them. But the indicators these days aren’t particularly promising. Carbon emissions are trending north when they need to be headed downward. National climate commitments, the “nationally determined contributions” aimed at meeting the obligations of the 2015 Paris Agreement, are less ambitious than they need to be — and even the ones that are ambitious aren’t making sufficient progress. And then there are the biblical impacts of extreme weather happening just about everywhere.

Given that, I’m spending less time listening to speeches and more time homing in on the tools and resources designed to help companies go further, faster. With all due respect to the dozens of event organizers and hundreds of speakers this week, these resources feel more on point, of higher value than the talkathon, show-and-tell stuff.

It’s hard to get overly excited about the litany of pronouncements and commitments that typically populate the week, but 1 report stands out.

Take, for example, a new report from the consultancy Oliver Wyman in partnership with The Climate Group, organizer of Climate Week. “Getting Real: A blueprint for a commercially smart climate transition“ moves quickly past the doom and gloom — and steers clear of the irrational exuberance — typical of climate reports these days.

In the opening paragraph, it gets right down to business:

More than a fifth of the world’s largest corporations, with combined sales of nearly $14 trillion, are estimated to have committed to reach net-zero carbon emissions by 2050 at the latest. Many more still need to do so. The challenge for all these corporations is to make their intentions real: to turn commitments into sustainable plans and actions.

Making it real: a challenge, indeed. Many of those net-zero commitments are so vague or long-term as to be meaningless. Increasingly, they are under the ever-watchful gaze of critics, from activists to customers to investors, which are doing what they can to hold companies accountable.

The authors talked to 27 major corporations across a range of industries, many of them members of the Climate Group’s “100” and “Zero” initiatives such as EV100, in which companies commit to 100 percent electric vehicle fleets. The goal of the exercise: tap into companies’ expertise and distill it into a blueprint for a commercially smart transition.

“We found some strong, non-obvious patterns and themes that we believe make for a challenging and instructive blueprint, for all its imperfections,” the authors noted.

That blueprint consists of four domains of activity as well as two guiding principles: “Own the problem, don’t offload it” and “Innovate the business, not just the technology.” And while those may seem like enigmatic Zen koans, they get right to the point:

The rest of the report applies these guidelines to four business domains: leadership; business systems; customers; and finance. Peppered throughout are brief examples from among the companies interviewed, including AT&T, BP, Cemex, HP, Microsoft, Nestlé, Ørsted, PepsiCo, United Airlines and Volvo.

I encourage you to check it out. It’s a relatively short read, although I predict that you’ll find yourself doing plenty of highlighting and margin-writing. This is no generic overview or self-congratulatory treatise (although, to be clear, most of the leadership companies interviewed are far from perfect, climate-wise).

Rather, it delves into the key questions companies need to know: What is the systems view of the changes a company needs to make? And what does it take for a company to move beyond incremental changes to make the sweeping changes that will be required of it — if not now, then soon?

It’s as useful a set of tools as I’ve seen.

We’ll be compiling and reporting on more of the Climate Week resources and announcements in the coming days.

Stranded Dolphin Swims Out of Canal with Help of Human Chain Formed by 30 People in Florida
Buffalo Rams Australian Man Into Fence, Crushes Windpipe
Intel’s horrible quarter revealed an inventory glut and underused factories
Can changing your mindset change everything?
Will a new wave of RSV vaccines stop the dangerous virus?