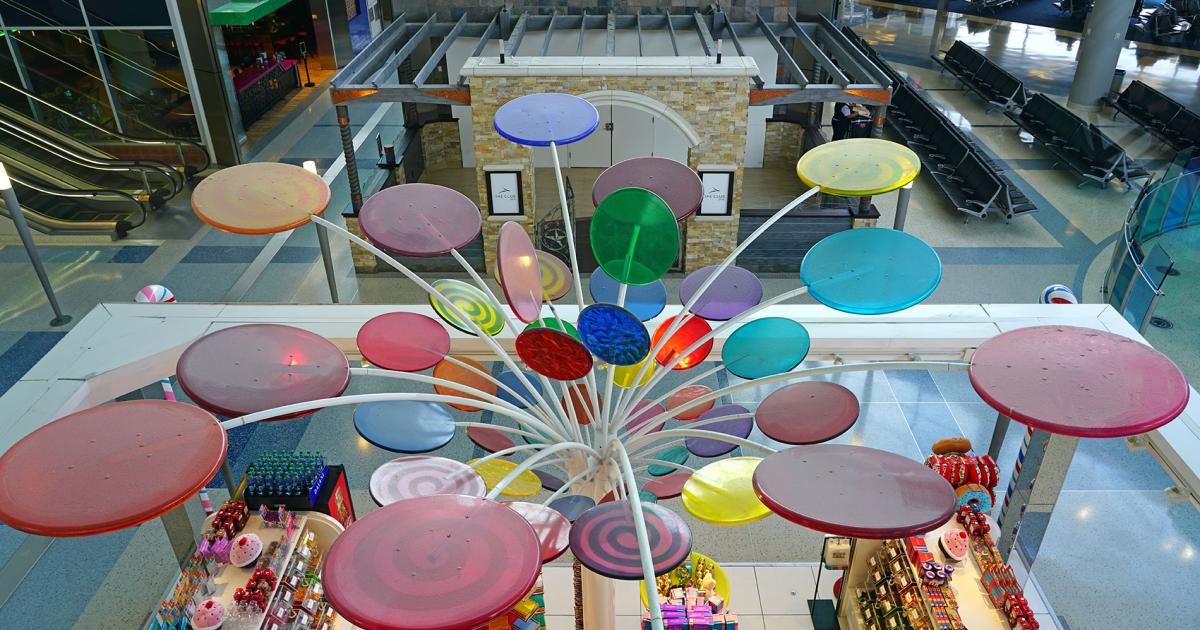 It sounds miraculous: In February, as acute snowstorms and record-low temperatures pummeled the southern United States, as transportation hubs in Texas closed and the region came to a standstill, just one airport in the entire state remained open: Dallas-Fort Worth International Airport, better known as DFW.

The historic, deadly Texas Freeze left millions without power and water — some for weeks — and totaled $130 billion in economic loss across the state. At the time, DFW was already grappling with a devastating pandemic, which brought the travel industry to a grinding halt and triggered a significant financial downturn.

But the airport’s ability to remain open throughout all this was no miracle.

DFW wants to be a leader within the aviation sector, but also an inspiration to any public authority that wants to safeguard its infrastructure for the 21st century.

“Over a decade of investing in sustainability and our resiliency in the face of severe weather empowered us during this crisis,” said Sean Donohue, DFW’s CEO. “We were able to keep our doors open when others weren’t — a clear indicator that environmental action is good for business, can drive savings and resiliency.”

DFW has been on a sustainability journey for almost 15 years. That journey hinged on transparency around environmental impact. When investors asked the airport to produce an ESG report years ago, its leaders didn’t know where to begin. As hurricanes and other growing environmental risks increasingly affected the Texas region, the airport came to see that sustainability is directly tied to its business success.

Aviation is a major contributor to climate change: About 5 percent of the current anthropogenic climate change is due to global aviation, a number that will undoubtedly increase as aviation passenger transport is projected to grow by about 4 percent annually. The industry is also especially vulnerable to extreme weather events.

Aware of these risks, as well as the massive financial opportunity that could arise from taking sustainable action, DFW — with a $37 billion-plus regional economic impact — has been steadily improving its environmental performance over the past two decades. It seeks a mantel of leadership on environmental action: It aims to be net zero by 2030 while leaning into its role and responsibility to act as an innovation and sustainability catalyst for the surrounding region. DFW wants to be a leader within the aviation sector, but also an inspiration to any public authority that wants to safeguard its infrastructure for the 21st century.

Public authorities such as DFW are underused stakeholders in the global economy. In North America alone, more than 20,000 public authorities run critical systems used by millions of people each day, from airports to public transit to power utilities. They form the backbone of society and enterprise. These institutions are increasingly aware of environmental risks and opportunities, and many seek financing for capital-intensive sustainability projects to become resilient and prosperous even as severe weather worsens.

This means that, for investors looking to flow dollars into stronger, cleaner, more just urban areas, municipal markets will become a major catalyst for environmental resilience in years to come. Municipal green bond issuances grew by 450 percent in just five years, from $2 billion in 2014 to almost $9 billion in 2019, presenting a significant financial opportunity to invest in sustainable resilience projects. These investments can have immediate and long-term impact, and since public authorities provide essential services for people of all backgrounds, including vulnerable communities, such investments often directly empower marginalized populations who are disproportionately affected by the effects of climate change.

At DFW, the airport’s dedication to sustainability is already benefiting its ability to raise investment. DFW estimates spending more than $6 billion over the next decade for capital projects, including terminal renewal and expansion and infrastructure renewal projects, meaning access to capital and preferred rates could be profound.

Invesco, a U.S.-based investment management company that has made multiple investments in DFW to date, said at a GreenFin panel hosted by CDP earlier this year that asset managers and other capital markets players are very interested in backing public authorities. “The opportunity is in resilience and infrastructure in our cities. That’s where the opportunity is for municipalities to issue, which will be very interesting to investors,” said Bailey Buckner, ESG and impact data analyst at Invesco.

Good data lies at the heart of good investment decisions, and environmental data matters more than ever before. Investors know this, and public authorities such as DFW are hearing it, too.

“The lens CDP disclosure affords allows us to think about physical and transition risk, which really matters to us as we are concerned about local, domestic and international access to capital,” said Donohue. He says DFW has used its ESG efforts as a point of proactive engagement at investor roadshows and presentations, seeking to demonstrate that climate finance pays off.

In the future, DFW wants to transform from an aviation center to an innovation hub and catalyst for climate impacts. For example, it is working with the U.S. Department of Energy’s National Renewable Energy Laboratory to advance next-generation aviation fuels. The airport is committed to providing a sustainability roadmap for other public authorities to follow.

Aviation has a long way to go. After all, DFW’s own carbon footprint remains substantial. For public authorities, a vital first step is disclosure through CDP. As Buckner said at GreenFin, “Even if the numbers don’t look good — even if your emissions and water usage are high — transparency is the most important thing to investors when reviewing potential investments in the municipal sector.”

As cities, public authorities and the capital markets align investments with sustainability, CDP is developing a holistic environmental disclosure model tailored specifically for public authorities to respond to this growing demand for comparable data and transparency. Public authorities wield enormous potential to turn the tide on the climate crisis. If more public authorities commit to disclosure, we will see more effective and efficient flows of capital and equitable community investment, driving progress toward resilient, green cities and states that can weather future storms ahead.