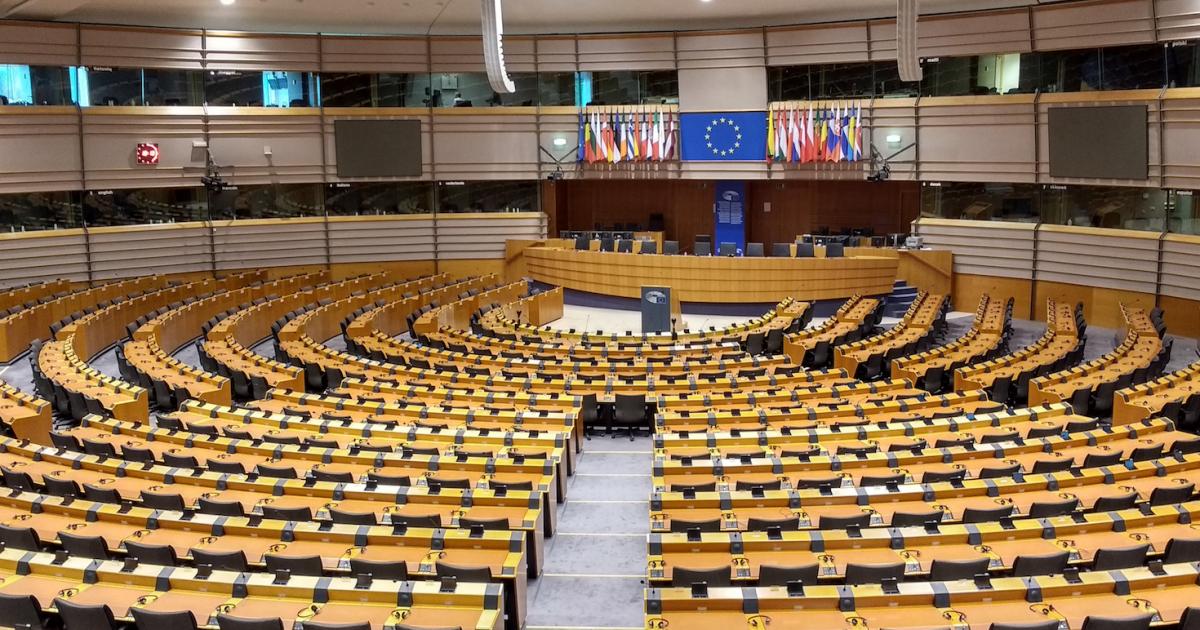 BASQUE COUNTRY, SPAIN: The first time I spent Christmas with my future husband’s family, his mother Mila gave me a beautiful wool shawl she had knitted by hand. This was roughly 20 years ago, long before talk of a circular economy, but that shawl was as circular as they come. Because to produce this gift for me, Mila had carefully unraveled the yarn of one of my husband’s sweaters, a sweater given to him by his ex-girlfriend.

I know! I’ll give you a moment to appreciate the exquisite symbolism of this story before explaining its relevance here. You’re welcome.

So, a couple of weeks ago, during our annual summer visit to the Basque Country, I traveled to Amsterdam to learn more about the circular textile and fashion industry there. (FYI: It’s booming. Stay tuned for more on that story.) Along the way, I discovered the extent to which the European Union is now following in my mother-in-law’s circular footsteps, and I thought it worth pointing out how the Europeans are financing their efforts, and how the United States can learn from them.

For starters, the European Union’s circular strategy is rooted in the European Green Deal, launched in December 2019 with three main objectives: achieve net-zero emissions by 2050, create an inclusive green transition, and “decouple growth from resource exploitation.” The EU made circularity a pillar of its premiere climate policy for good reason. Material resource extraction and processing accounts for roughly half of global greenhouse gas emissions and more than 90 percent of land-use-related biodiversity loss and water stress, according to the UN Environment Programme.

The EU is aiming to make it as easy and attractive as possible for ESG investors to support European companies’ circular initiatives.

Then you have the wording: decouple growth from resource exploitation. Another way to say this might be: Europe is betting its economy on circularity! The European Commission lays out a strategy for accomplishing this goal in its Circular Economy Action Plan, adopted in May 2020, which emphasizes driving the transition through research, innovation and digitalization.

While we bicker over the bare minimum of climate policy and succumb to petrol-chemical industry propaganda on plastic bans — because, really, what says freedom more than sucking up liquid through a petroleum-based swizzle stick? — European companies with circular initiatives are benefiting from a strategy that encourages innovation and private investment, from venture capital to green bonds, while providing copious amounts of public funding.

In addition to incentives, the EU’s policies include taxation, such as landfill and incineration taxes, and extended user responsibility requirements, which make companies responsible for the treatment or disposal of their products after their customers use them.

A bunch of carrots

But I’d like to focus here on the “carrots,” because we’re talking about one big batch of them.

To begin with, the European Parliament in June approved three funds totaling €243 billion (about US$287 billion) to strengthen regional development and cooperation, with at least 30 percent of those resources earmarked for climate action, the circular economy and investments in sustainable growth and job creation. This followed the parliament’s adoption of the €17.5 billion (US$20.7 billion) Just Transition Fund, which will also finance projects contributing to a sustainable, climate-neutral and circular economy.

That’s not all. Additional proposals from the European Commission call for further strengthening funding for the Green Deal by making it one of three priorities for the EU’s €750 billion (US$886 billion) COVID recovery strategy, a.k.a. the Next Generation EU Recovery Plan. Coupled with the EU’s long-term budget, this plan is part of a €2 trillion ($2.38 trillion) stimulus, the largest in Europe’s history, that will help rebuild “a greener, more digital and more resilient” post-COVID Europe.

If that weren’t enough, in July the commission also released a Sustainable Finance Strategy to channel private investment into relevant sustainable economic activities, along with a European green bond standard to help scale the size and raise the environmental ambitions of the green bond market.

All of which means the EU is aiming to make it as easy and attractive as possible for ESG investors to support European companies’ circular initiatives.

Are you listening, Washington? Do you hear me, Corporate America?

Europe is setting itself up as a leader in circularity — I heard this again and again in Amsterdam, which is one of six pilot cities taking part in the EU-funded REFLOW project. The project aims to turn the participants — Amsterdam (textiles), Berlin (wastewater heat), Milan (food), Paris (temporary construction), Vegle, Denmark (plastics), and Cluj-Napoca, Romania (energy) — into role models for other cities attempting to transition to a circular and regenerative economy.

In other words, they want us to copy them!

Of course, all of this could have happened a lot sooner if the EU had just listened to my mother-in-law. Nothing goes to waste in her home — not food, not old clothes, not any reusable packaging. I doubt she’s ever purchased Tupperware — if you open the plastic ice cream container in the freezer, you’re just as likely to find leftovers as dulce de leche.

This tendency to avoid waste was born of hardship, growing up in Franco’s Spain, the child of parents who’d survived the Spanish Civil War only to face poverty and hunger. These lessons are not easily unlearned. Just a couple of days before we flew home to New York, Mila was carrying a backpack she’d made from one of my father-in-law’s shirts.

It was cute. I told her: There’s a lot of demand now for these sorts of items. She should sell her creations at the weekly outdoor market. She dismissed the idea, “I’m already retired,” she said.

I guess the EU will have to find its way without her. I hope we don’t wait until it’s too late before we Americans start learning from them.

McDonald’s new strategy to bring renewable energy to its supply chain
Google is asking employees to test potential ChatGPT competitors, including a chatbot called ‘Apprentice Bard’
The next generation of coronavirus vaccines: a graphical guide
Lockheed Martin, Viasat executives named to presidential advisory panel
Leadership in science: “There is nothing wrong with being wrong”