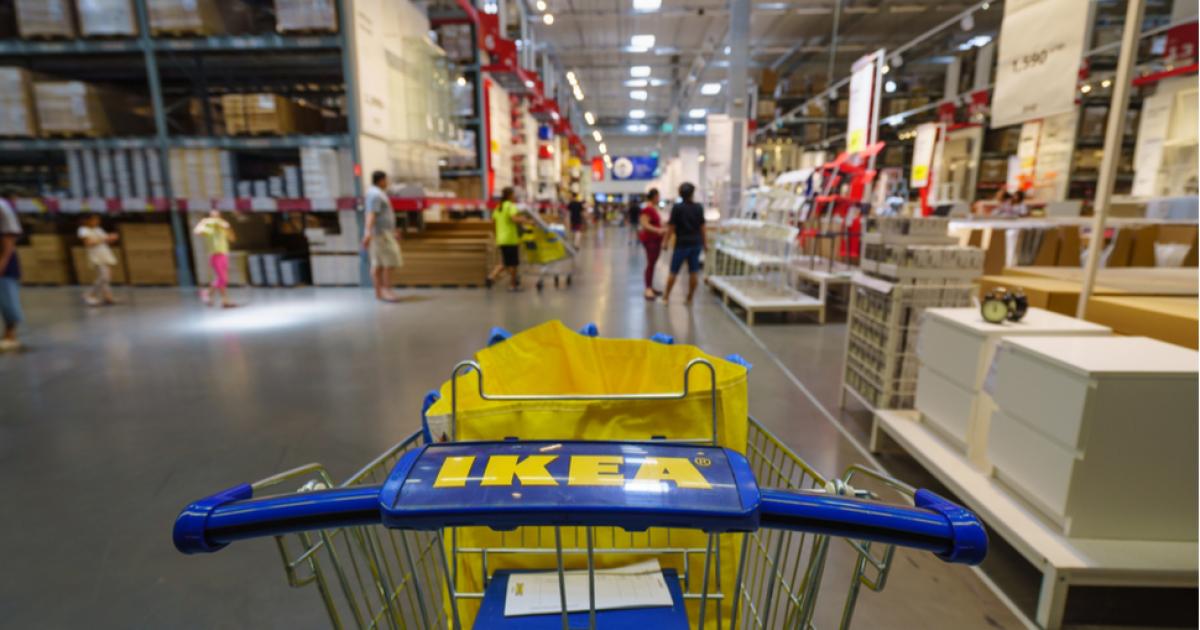 In the Conshohocken borough of Pennsylvania, IKEA is buying back furniture from customers. At least until later this month.

The buyback program, part of the company’s effort to become a circular business by 2030, is a pilot that started Aug. 30 and will run until Sept. 19.

“This means transforming the current linear business model and designing it to be more circular by offering products with re-use, repair, repurposing and recycling in mind from the beginning, using only renewable, recycled and recyclable materials, eliminating waste and introducing services like buyback and resell, which provide our customers with new ways to extend the life of their product,” wrote Jennifer Keesson, IKEA U.S. sustainability manager, in response to emailed questions for this story.

The company chose the Conshohocken location for the pilot because it is home to its North American headquarters.

With the program, customers can sell back their gently used IKEA furniture in exchange for store credit. The items will be resold in the store’s “as-is” section, a section of its retail space that typically offers items — such as selection of floor samples, discontinued pieces and customer returns — at a discount.

Late last year, ahead of Black Friday, IKEA announced a limited-time buyback program in 27 countries. During that period, thousands of customers submitted online forms with details about the furniture they wanted IKEA to buy back. In return, IKEA made over 480,000 quotes — the estimated value that a customer would receive for the item(s) — in the online tool during the Black Friday week, and handed out vouchers totaling $2.5 million, according to the company.

The Conshohocken pilot will work in a similar fashion to last year’s experiment. The store is already accepting form submissions and allowing customers to bring in their furniture.

Our focus is to learn from the process overall in every aspect and seeing how we can best fine-tune it for the future.

“In the U.S., we wanted to make sure our local store teams were set up to successfully implement the program,” Keesson said.

This pilot will allow the store to test out its process, troubleshoot any issues and take its learnings forward to launch this service more widely across the U.S.

“While we have incorporated learnings from buyback and resell programs implemented in other markets, in the U.S., execution has to be handled on a store-by-store basis,” Keesson said. “Our focus is to learn from the process overall in every aspect — from the initial customer submissions to getting the furniture placed in the as-is area and everything in between — and seeing how we can best fine-tune it for the future.”

Eventually, IKEA U.S. plans to roll out the buyback service to additional U.S. markets, and its ultimate goal is to make buyback and resell permanent at all IKEA stores across the country. There are already a few permanent countrywide buyback programs in place from IKEA. Canada’s launched in 2019, and takeback schemes are in Australia and Spain.

For IKEA U.S. to get there, it’ll have to continue wading through the state-by-state regulations related to how to handle the resale of previously owned items.

IKEA noted that in the U.S., regulation varies by state and sometimes even by city or town. It pointed to specific rules such as requiring companies to keep items for seven days before being resold or requiring employees who handle secondhand goods to be fingerprinted or provide their Social Security numbers.

“Some cities even require reporting statements on items taken in to be given to the police, as often as every day,” Keesson said, noting that the company has been working with municipalities to find solutions.

“This is a journey and a transformation for everyone,” Keesson told Fast Company. “Not only the retailers but customers, policy, the government.”