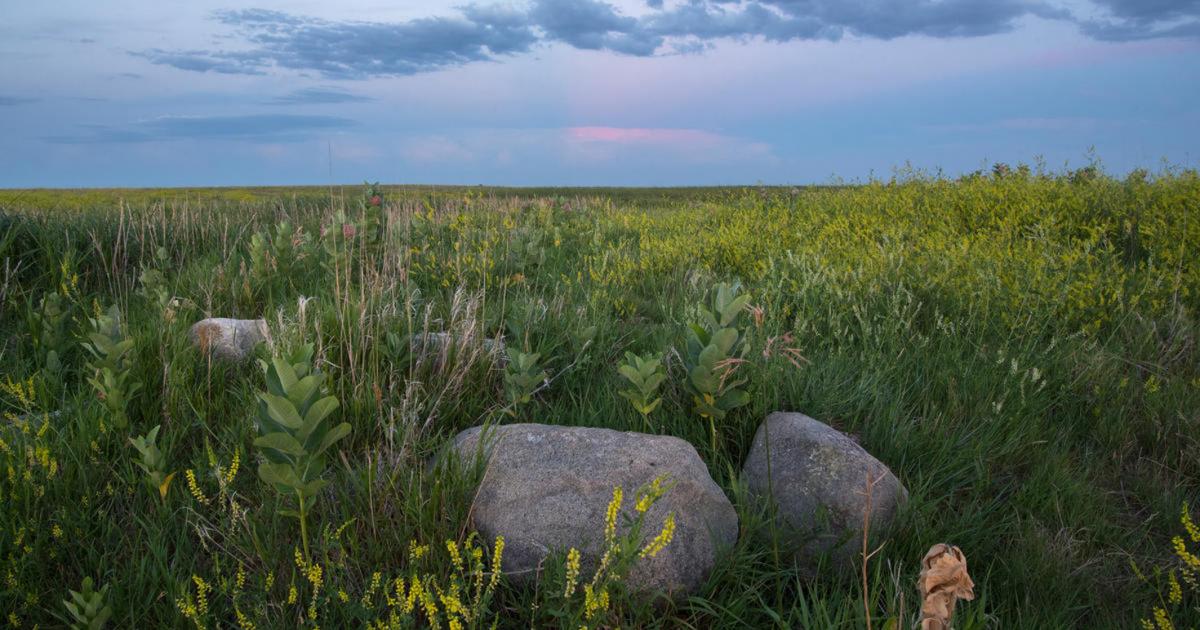 Deforestation has been the poster child of the environmental movement for decades. For good reason, as healthy forests are of primary importance for biodiversity, climate and local livelihoods. But they’re not the only ecosystem we should be concerned about.

In the U.S., temperate grasslands, savannas and shrublands, mostly found in the Great Plains, are the most endangered native landscape. A new analysis by World Wildlife Fund shows that in 2019 alone, 2.6 million acres of intact grassland were converted into row-crop agriculture. This represents an area larger than Yellowstone National Park.

This is the bad news for climate activists, birders, hunters, ranchers and downstream communities. The good news is that more of these groups have woken up to the problem and are joining forces to collaborate with policy-makers and companies to conserve and restore these important landscapes.

So what exactly is happening and how can we all get involved?

The drivers and impacts of rapid grassland conversion

WWF’s report shows that nearly 70 percent of the newly converted acres across the Great Plains were used for three crops: corn (25 percent); soy (22 percent); and wheat (21 percent). Within the Northern Great Plains area, which still has the most intact native ecosystem and is therefore of special concern, 42 percent of the converted land was used for wheat production. What’s driving this agricultural expansion?

Supply chain transparency and traceability are lacking in the U.S. commodity market, making it difficult to directly link increased pressures to specific food products or companies. But Patrick Lendrum, science lead for the WWF’s Northern Great Plains program, points to a general trend he’s observing: Prices for corn and soy — used primarily for ethanol and livestock feed, and secondarily for human consumption — are increasing. Farmers respond by planting corn and soy on their most productive acres, displacing wheat to more marginal land. This might explain the particular uptick in wheat production in the Northern Great Plains, where soil quality is poorer and not irrigated but still suitable for dryland wheat production.

It’s a worrying trend. When grasslands get converted into cropland, about 30 percent of the soil’s organic carbon which native plants have helped store is immediately lost. WWF states that it can take 350 years to get back to carbon levels comparable to native prairies when trying to restore abandoned croplands. Our best bet is therefore to never convert these native ecosystems in the first place. In fact, a study assessing natural climate solutions in the U.S. identified avoided grassland conversion as the most important mitigation opportunity within agriculture.

Ranchers manage over 70% of the intact grasslands in the Northern Great Plains. They are key to the region’s future.

Greenhouse gas emissions aren’t the only concern. Martha Kauffman, vice president of the Northern Great Plains program at WWF, points to many other services these ecosystems provide: They are home to hundreds of species of plants and animals, many of which provide important pollination services to farmers. The deep-rooted grasses prevent soil erosion and serve as a large water sponge, reducing downstream flooding. Part of America’s unique backcountry, they also offer a valued opportunity for escape, recreation and livelihood to many people.

How companies can protect the Great Plains

Many food and agriculture companies have already committed to deforestation-free supply chains. Businesses should expand their commitments, avoiding all agricultural land conversion, by assessing where land-use change is happening and incorporating its emissions into greenhouse gas inventories and reduction strategies. This work should be tracked and disclosed transparently, for example by collaborating with the Science Based Targets initiative or the CDP.

Companies can also play an important role in promoting better management of existing grasslands. Today, ranchers manage over 70 percent of the intact grasslands in the Northern Great Plains. They are key to the region’s future. The Walmart Foundation, Cargill and McDonald’s are collaboratively investing $6 million in a WWF-led initiative to support ranchers in Montana, Nebraska and South Dakota with technical expertise, training and tools to help advance grazing practices that improve the health of the land.

Kauffman hopes that such programs will make ranching in the region more profitable and sustainable, allowing ranchers to be continued grassland stewards rather than handing them over to farmers.

Supporting Native nations and Indigenous communities is another important strategy. Native nations are the longest-standing stewards and are still sustainably managing roughly 10 percent of the unplowed grasslands in the Northern Great Plains, according to WWF’s report. The Wolakota Regenerative Buffalo Range in South Dakota is one interesting project. There, the Rosebud Sioux Tribe is converting 28,000 acres of its land from cattle to bison rearing with the aim to protect and strengthen the prairie ecosystem and create cultural opportunities for its community.

There’s also a lot happening on the policy front. Ten organizations — ranging from WWF to more specialized groups such as the National Deer Organization, Backcountry Hunters and Anglers and Pheasants Forever — have come together to lobby for a bill they call the “North American Grasslands Conservation Act.” The act is similar to one passed in 1989 that protects wetland habitat. The groups are hopeful about the bill’s potential because it bridges many interests across political divides.

The Conservation Reserve Program (CRP), one of the largest voluntary private-lands conservation programs in the country, also established a grassland-specific program in 2018. It provides agricultural producers and private landowners with financial incentives to protect existing grasslands and requires no new conversion of funded areas for 10 to 15 years. CRP currently brings over 2.5 million grassland acres under conservation.

Finally, it will be important to adjust programs that indirectly incentivize grassland conversion. The Renewable Fuels Standard boosts ethanol demand and has likely been one of the largest drivers of converting grasslands to crops. Insurance subsidies may worsen the problem as well, said Kauffman. Converting the low-quality soils of the Northern Great Plains to cropland isn’t a secure investment for farmers. But as insurance covers a portion of the fallout when crops fail, farmers may be more likely to convert marginal land and experiment with it. A better policy would incentivize productivity increases on existing cropland.

Overall, grassland conservation in the Great Plains is a pretty mixed field at the moment. Many nonprofits, producers and some companies are stepping up, but production pressures still outweigh their efforts. Hopefully, increased awareness of the issue and investment in corporate sustainability programs and climate policy will turn the tide before it’s too late.