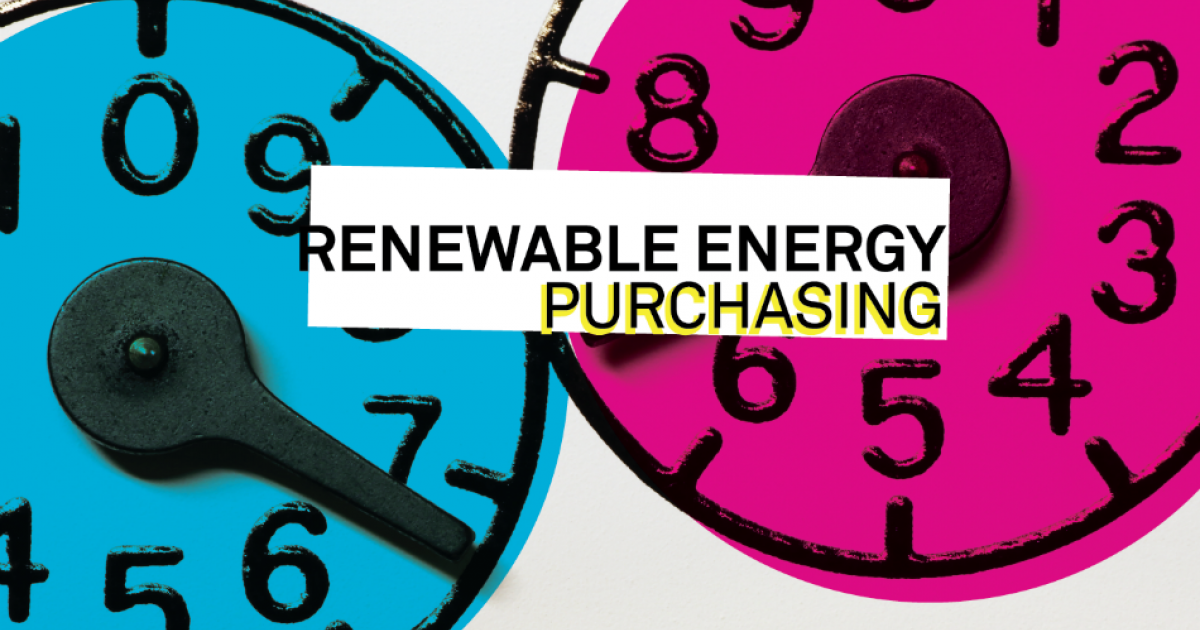 A note about the Deal Tracker methodology: I do my best to track press releases, news alerts and stories every quarter to find the largest procurement contracts corporations are announcing. Since beginning the tracker, I am heartened to see more small deals from all sorts of companies reported in all sorts of ways that don’t conform to the chart we put together every quarter. As deals become more common and unique to companies, the less comprehensive these trackers become. And that’s a good thing: It shows how the market has matured over the years, and that the biggest corporations don’t have a monopoly on renewable energy procurements.

Still, the major deals of the quarter are a good bellwether for the direction of the market and how major companies are evolving procurement strategies. Here are the three notable trends from the past quarter.

Two deals this quarter from renewable energy contract veterans — Walmart and Microsoft — are designed to bring clean energy to rural and minority communities.

Microsoft inked a deal for 250 megawatts of solar with Volt Energy, which the tech giant says is its first utility-scale procurement with a minority-owned business. The companies say they will invest a portion of the revenues from the project into community impact funding initiatives, with the goal of bringing more clean energy to underserved minority and rural communities affected by environmental racism.

The deal comes a year after Microsoft released a progress report on its path to become carbon negative that identified climate equity and environmental justice as a lens of its energy procurement journey. At the time, the tech giant announced a new 500 MW deal with Sol Systems that included investments in communities disproportionately affected by climate change.

The latest deals reflect Microsoft and Walmart’s ongoing efforts to take into account more social and community benefits into their energy strategies, hopefully paving the way for other corporations to do the same.

On Aug. 3, Walmart announced it would be the anchor tenant to support 129 MW of community solar projects with Nexamp, which it calls the largest deal of its kind. The retail giant plans to subscribe to 50 MW to support its stores and distribution centers in New York state. The balance of the energy will go to local area residents, with the aim to spur the development of local renewable energy.

The latest deals reflect Microsoft and Walmart’s ongoing efforts to take into account more social and community benefits into their energy strategies, hopefully paving the way for other corporations to do the same.

This quarter, Plug Power inked a power purchase agreement (PPA) for 345 MW of wind in Texas, which it plans to use to create up to 30 metric tons of liquid hydrogen per day. Developer Apex believes this to be the first and largest wind-powered hydrogen plant in the U.S.

There has been much buzz about green hydrogen, the process of splitting water into hydrogen and oxygen through electrolysis powered by renewable energy. Green hydrogen is a truly clean fuel that has the potential to unlock some of decarbonization’s toughest challenges, including decarbonizing industrial processes and providing seasonal energy storage.

This Plug Power deal marks the first procurement contract recorded in the Clean Energy Deal Tracker that is using a PPA specifically for the production of green hydrogen. The company says it will then provide fuel cells and refueling infrastructure to corporations such as Walmart and Amazon, which use hydrogen-powered forklifts in their distribution centers.

If successful, this deal could help spur the nascent green hydrogen market. If large customers such as Plug Power can finance clean energy projects for the production of hydrogen and find off-takers for its output, more energy companies may follow suit.

This quarter, McDonald’s and eBay inked a deal to procure 345 MW of solar in Louisiana from what is planned to be the state’s largest solar project.

The deal is notable as it is bringing solar to a state that has relatively little historical development of renewable energy. The Solar Energy Industries Association (SEIA) expects the state to install just 934 MW of solar over the next five years, putting it in the bottom third of states in solar capacity. Once complete, the project would represent a nearly 200 percent increase in the state’s total installed capacity.

The economic benefits associated with the project may help jumpstart the anemic renewables sector in Louisiana. The new solar project, slated for completion in 2023, is expected to be a boon for the local economy, creating around 400 jobs and generating a $30 million boost to Pointe Coupee Parish, where the project will be sited, according to the companies.

Corporate procurements have long been cited as a catalyst for bringing more renewable energy to more places, and this is certainly true in Louisiana. Several large retailers have gone solar in the state, including Abita Brewing, Whole Foods and Walmart, according to SEIA.

[Want to learn more about the clean energy transition? Check out VERGE Energy, part of the VERGE 21 online event, Oct. 25-28.]

How the Supreme Court could soon change free speech on the internet
The race to make a variant-proof COVID vaccine
Asteroid mining startup AstroForge to launch first missions this year
Tesla just had its best week since May 2013
How Long Can Humans Outrun Extinction?