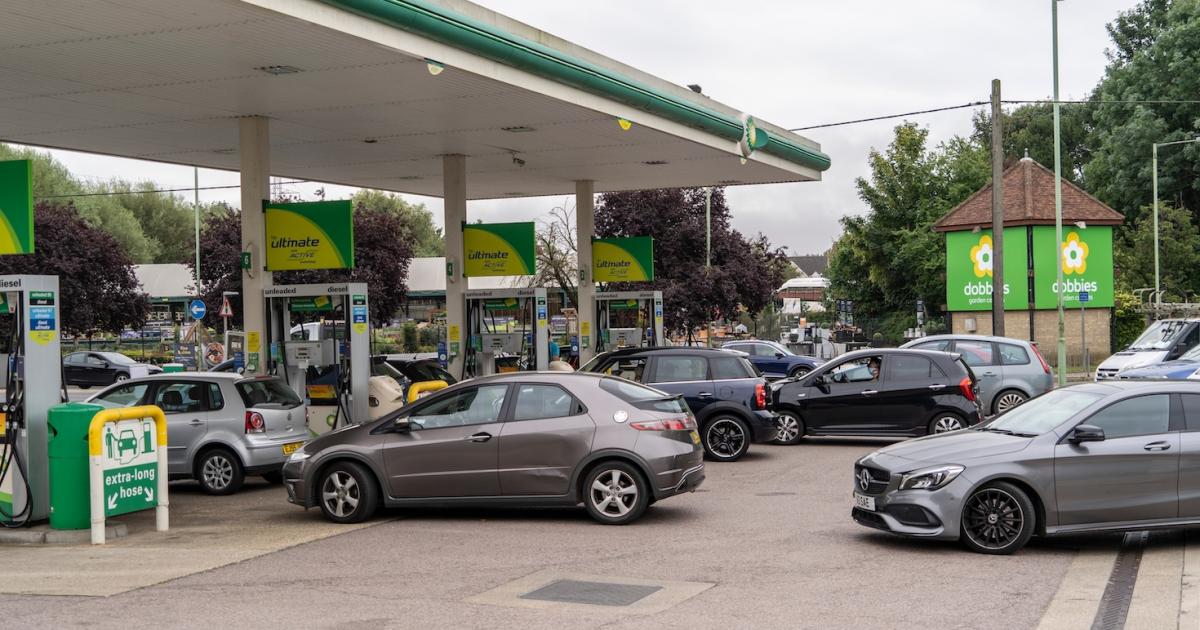 Something funny is happening with energy supply across the globe.

In Europe, natural gas prices are spiking, with fears it will only get worse as we head into the cold winter months. As a result, countries are racing to outbid one another for supplies.

In China, electricity demand has risen, driving up the cost of coal to generate electricity. But utilities have been slow to increase the number of hours power plants operate, with Chinese regulations making it hard for operators to charge more for energy, leading to power cuts and blackouts that have slowed or closed factories.

In the United Kingdom, a shortage of truck drivers strained supply chains and led to a shortage of fuel, leading to panic buying and dry fuel pumps.

There isn’t one simple explanation for all these developments. These energy systems are interconnected and affect one another in complex ways. (Reporting from the New York Times, Wall Street Journal and the Center for Strategic and International Studies have gone deep into the issues, for the curious.) Some forces at work include:

As the shortages take hold, we’re seeing the first hints of how this will ripple out and affect companies and global supply chains.

Last year, during the Great Pause triggered by the COVID shutdown, we all got a crash course in how fragile supply chains are. Turns out, everyday goods and services are dependent on a complex, international logistics system that has little room for error, with companies prioritizing costs over diversification.

These energy crises show it doesn’t take a global pandemic to knock everything off orbit.

Power blackouts in more than 10 Chinese provinces are threatening global supply chains. Major Apple and Tesla suppliers have suspended operations at some factories, and semiconductor-related facilities have announced temporary closures. The timing is rough; this is the season manufacturers usually ramp up for the holidays.

In Europe, the shortage has officials warning of blackouts and factories being forced to shut down. One example: The spike in energy prices is leading fertilizer producers to reduce output — which could increase the costs for farmers and potentially lead to inflation in food costs.

One thing these shortages have in common: They’re related to fossil fuels extracted in other countries than where they’re needed.

The case for local, renewable sources

The economy’s vulnerability to fossil fuel shortages internationally reveals a cost associated with dependence on centralized fuel sources that we are not capturing or talking about when we compare the economics of clean and dirty energy generation.

Historically, cheap fossil fuels have led many companies to invest in dirty energy infrastructure. In this moment of shortages, we’re witnessing what it means to be beholden to a volatile fuel source. Further, reliance on international energy sources makes the economy vulnerable to geopolitical forces. We’re seeing this in Europe today, as Russia aims to keep more of its natural gas home with the prospect of a colder than normal winter.

Proponents of clean energy (hi!) often note how the levelized cost of clean energy technologies is less than fossil fuels. In part, that’s because the marginal cost of energy from wind and solar is essentially zero. In other words, the capital for renewable energy projects comes mainly upfront, while the cost per unit of energy is essentially free.

This isn’t to say clean energy doesn’t have its challenges. Some outlets have reported that low wind speed has led to lower than anticipated energy generation, which has led to a higher demand for natural gas in Europe. And generating clean energy close to demand loads doesn’t solve the fragility of complex international supply chains. But it could make one piece of the puzzle more resilient — while supporting a nation’s climate goals.

In thinking about the cost of the clean energy transition, it’s worth asking: What would it be worth to companies to keep goods flowing through the holiday season? What is it worth to China or the European Union to keep factories open? This isn’t just rhetorical. Goldman Sachs anticipates China’s growth to be slower than anticipated this year due to the shortage, changing its forecast from 8.2 percent to 7.8 percent.

It’s clear that the next few months will be challenging, from families trying to pay energy bills to companies running into unforeseen shortages that threaten their bottom lines. At this moment, the takeaway shouldn’t be more focused strategies to shore up more fossil fuels. It should be how we can ensure communities and companies won’t be beholden to dirty, volatile and foreign energy sources, for the economy and the climate.

[Want to learn more about the clean energy transition? Check out VERGE Energy, part of the VERGE 21 online event, Oct. 25-28.]