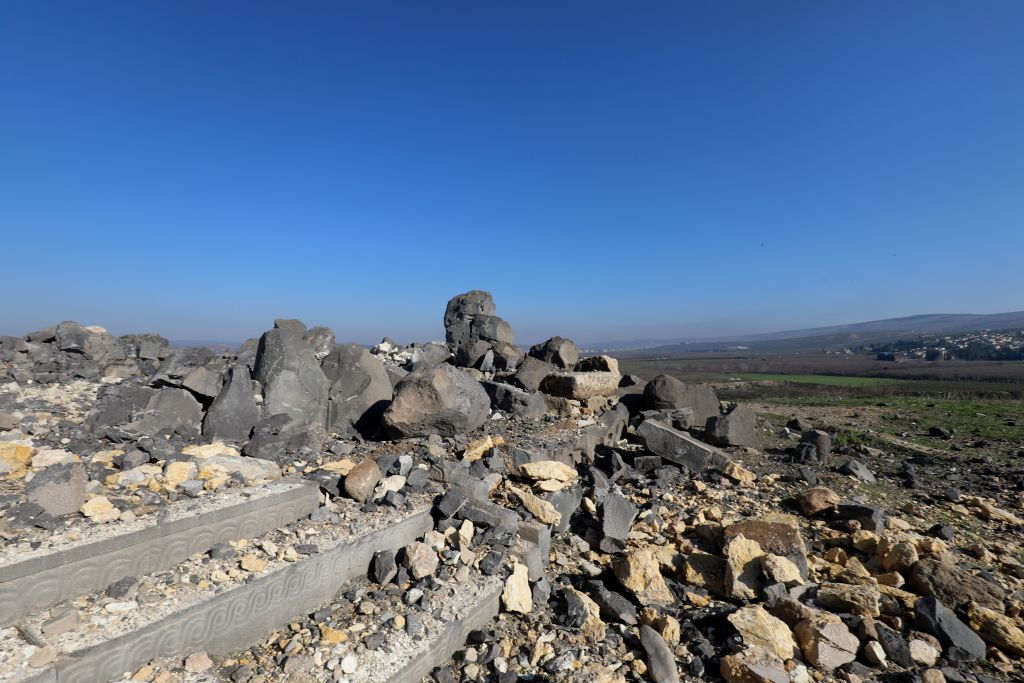 Described as the ‘ancestor’ of Mediterranean mosaics, an assembly of over 3,000 stones was discovered in the remains of a 15th century BC Hittite temple, 700 years before the oldest known mosaics of ancient Greece.

The 3,500-year-old paving stones, in natural shades of beige, red and black, are arranged in triangles and curves, shedding light into the daily lives of the Bronze Age Hittites. To do this, Turkish and Italian archaeologists ‘painstakingly’ use shovels and brushes to unravel what tells about the towns of the Hittites, one of the most powerful kingdoms in ancient Anatolia. 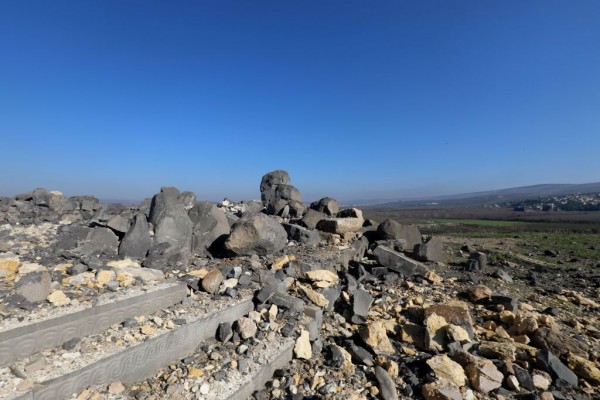 (Photo : Photo credit: DELIL SOULEIMAN/AFP via Getty Images)
A picture taken on January 29, 2018 shows destruction at the ancient temple of Ain Dara, some seven kilometres from Afrin, after it was damaged in Turkish air strikes according to Syria’s antiquities department and the Britain-based Syrian Observatory for Human Rights.

“It is the ancestor of the classical period of mosaics that are obviously more sophisticated. This is a sort of first attempt to do it,” says Anacleto D’Agostino, excavation director of Usakli Hoyuk. “For the first time, people felt the necessity to produce some geometric patterns and to do something different from a simple pavement,” D’Agostino added.

“Maybe we are dealing with a genius? Maybe not. It was maybe a man who said ‘build me a floor’ and he decided to do something weird?”

The site was first located in 2018, three hours from Turkey’s capital Ankara.

The ceramics and the remains of a palace discovered by archaeologists recently support the old theory that Usakli Hoyuk could indeed be the lost city of Zippalanda. While the city’s exact location remains a mystery, it was believed to be a significant place of worship of the storm god, frequently mentioned in Hittite tablets.

“Researchers agree that Usakli Hoyuk is one of two most likely sites. With the discovery of the palace remains alongside the luxurious ceramics and glassware, the likelihood has increased,” D’Agostino says.

“We only need the ultimate proof: a tablet carrying the name of the city.”

Even treasures like cedar trees brought from Lebanon to build temples and palaces were “swallowed up like the rest of the Hittite world towards the end of the Bronze Age.” However, some pointed out the role of climate change as a cause of the ‘social unrest’.

“I don’t know if we can find a connection between ancient Hittites and people living here now. Centuries and millennia have passed, and people moved from one place to another,” D’Agostino says.

“But I would like to imagine that some sort of spiritual connection exists.”

Turkish people continue to imagine age of the Hittites despite being gone for nearly 3,000 years. In fact, Ankara uses the Hittite figure to represent the sun. In the 1930s, the founder of the modern Turkish republic, Mustafa Kemal Ataturk, presented Turks as the direct descendants of the Hittites.

The excavation team attempted to honor this connection by recreating Hittite culinary traditions.

“We reproduced the Hittite ceramics with the clay found in the village where the site is located: we baked dates and bread with them as the Hittites used to eat,” says Valentina Orsi, co-director of the excavation.