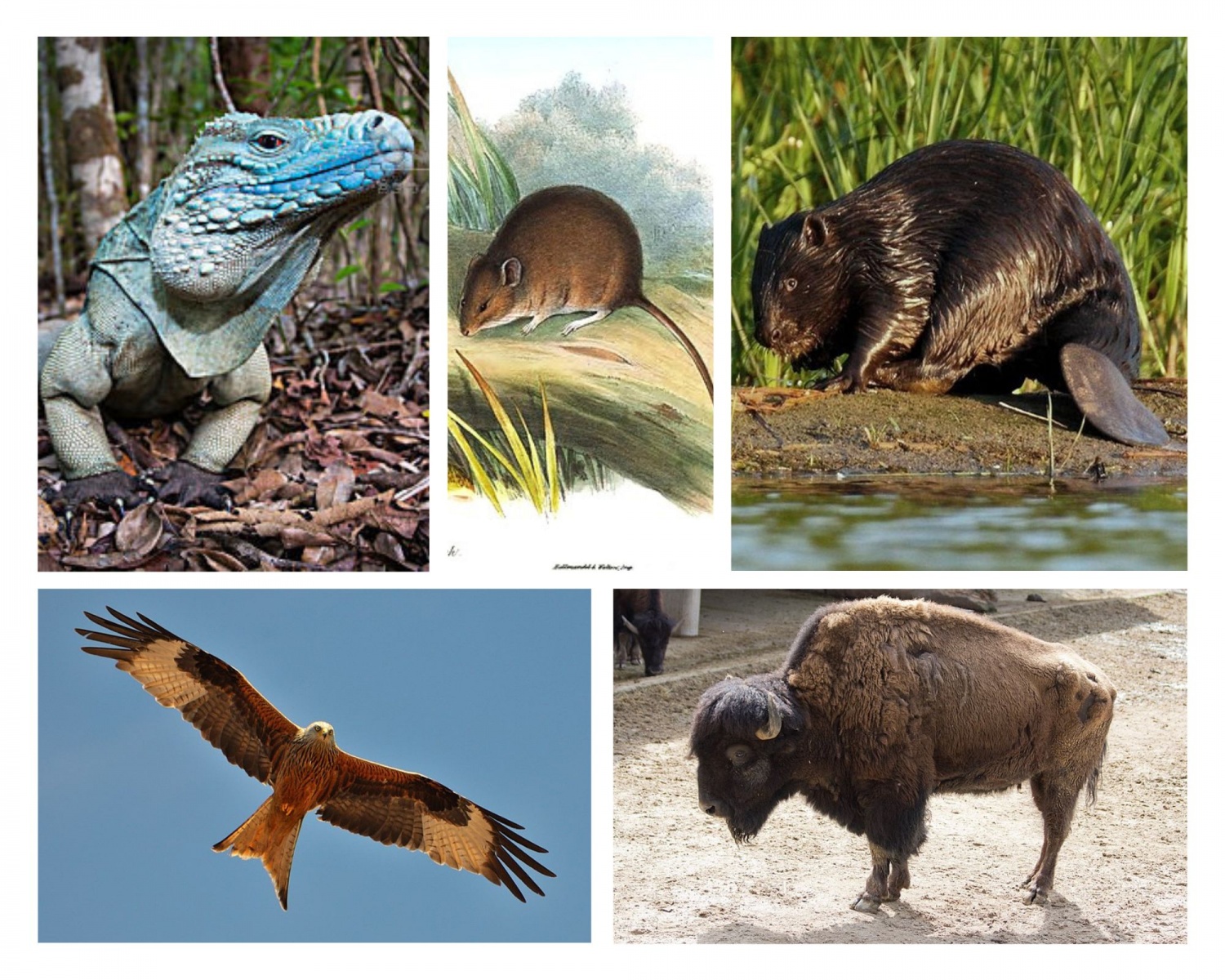 Over the past decades, wildlife experts have been pointing out the effects of global warming. The list of extinct animals is getting longer, and several species with previously healthy populations are now listed as endangered species.

If greenhouse gas emissions continue on their current course, it is predicted that by 2050, over one-third of all animal and plant species on Earth will have gone extinct. This would be a substantial loss that would permanently reduce biodiversity and affect ecosystems as well as human societies all over the world. 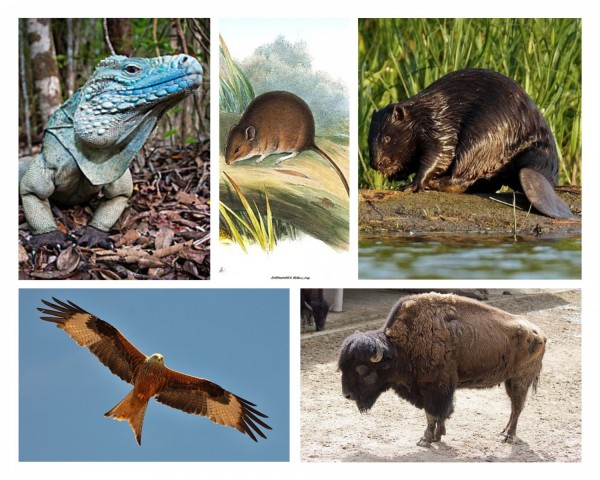 In fact, the Center for Biological Diversity confirms that global warming may put more than a million species at risk of extinction in the future, and we’re already witnessing the first extinctions.

Discover Wildlife lists several extinct animals and endangered species that bounced back to life and here are 5 of them:

Because of the combined effects of development, human disturbance, rising road traffic, and introduced animals, the blue iguana (Cyclura lewisi) can only be found in the Cayman Islands and was once in danger of going extinct quickly. In 2002, there were only about 15 in its population.

When Cambridge University student Fred Burton accepted a position with the islands’ Mosquito Research and Control Unit in the 1980s and happened upon one individual while conducting a survey, the reptile’s fortunes drastically changed. Then, through a breeding program that was started in 1990, he committed his professional life to safeguard this iconic animal.

The 1,000th wild release of blue iguanas took place in 2018. Now that the population has recovered, conservation efforts are being prioritized.

The Gould’s mouse (Pseudomys gouldii), a rodent species native to Western Australia, has made a comeback after being thought to be extinct for over 150 years. Land clearing for agriculture further accelerated its demise, which was linked to the arrival of Europeans and their introduction of invasive species like foxes and feral cats.

The Shark Bay mouse, which is found on a few small islands off the coast of Western Australia, is nearly genetically identical to Gould’s mouse, according to research from the Australian National University published in early 2021.

Even though there are only 2,000 of them, the mouse is still in danger. However, ecological restoration projects like the Return to 1616 project may help to ensure its survival.

The 16th century saw the extinction of beavers, which were once highly regarded for their delicate, thick fur and musk-like scent. Invigorated by successful programs in the region that demonstrated how beaver dams help to revive wetlands, reduce flooding, and boost insect life, conservationists fought for their reintroduction for years.

After discovering wild Eurasian beavers (Castor fiber) on the River Otter in 2013, Devon Wildlife Trust convinced DEFRA to let them carry out a five-year assessment. The findings emphasized the many advantages of coexisting with beavers.

In September 2021, scientists observed three generations of the very same beaver family on the River Avon. It was believed to be the first time in 400 years that beavers had established themselves without the interference of humans.

Once 60 million bison were roaming the plains of North America, but by the end of the 19th century, there were only 600 left. They were brutally hunted for their meat and hides because they were slow-moving and easy targets, and to starve native populations into submission.

They were infamously hunted for sport as well; Buffalo Bill, aka William Cody, claimed to have killed 4,280 of them in just 18 months. The situation of the animals began to improve in the late 1800s when a select group of ranchers began to raise their herds of bison that were bred in captivity before reintroducing them into the wild.

About 500,000 American bison (Bison bison) remain in existence today, and numerous measures have been taken to ensure their survival, such as the National Bison Legacy Act of 2016, which was signed by President Obama, Discover Wildlife reports.

Red kites (Milvus Milvus) were extinct in Scotland and England by 1879 as a result of human persecution. Red kites were reintroduced to the East Midlands, Chilterns, Yorkshire, and northeast England over the past 30 years.

According to Birdlife International, a new global estimate of 35,000 breeding pairs was closely matched by the most recent data for EU countries, which make up at least 90% of the world’s population, which estimated a total of 29,746-34,751 breeding pairs in 17 countries. Therefore, it is believed that there are 60,000-70,000 mature people in the world.