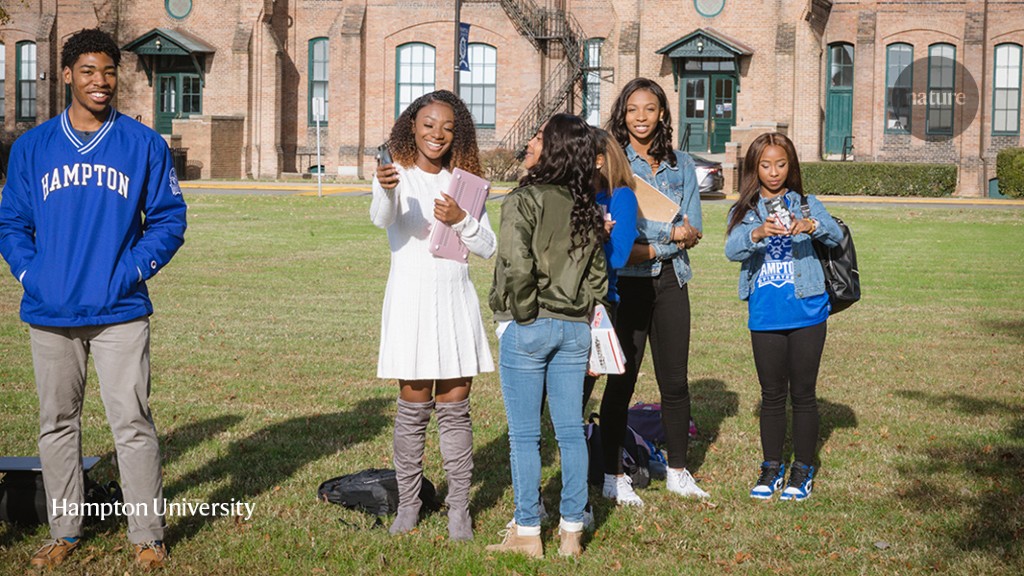 I have always considered myself an ally to people from marginalized groups. But my two-year postdoctoral programme in the cancer research centre at Hampton University in Virginia, one of more than 100 historically Black colleges and universities (HBCUs) in the United States, gave me an entirely new understanding of allyship. The experience was transformative. As a white person who grew up in a small town in New England with a homogeneous population, I was totally unprepared for how I would learn and develop at an HBCU.

In the first of many lessons in allyship, I realized I hadn’t heard the term ‘predominantly white institution’ (PWI) until I arrived at Hampton in February 2017, despite having studied at Duke University, a PWI in Durham, North Carolina, and having completed a postdoctoral programme at the US National Institutes of Health (NIH) in Bethesda, Maryland.

I started at Hampton after my husband, who was in the military, was posted at the nearby Langley Air Force Base. On my first day, I passed hundreds of people, none of whom looked like me. Over the next two years, I started to understand some of the issues that scientists who are part of minority-ethnic populations face daily. Although my experience provided a glimpse of what it is like to be a student and researcher at a minority-serving institution, I acknowledge that I as a white person can never fully understand my colleagues’ perspectives. But from their frank and thoughtful advice, I have learnt some things that might be useful to others in a similar position to mine.

I benefited from teaching and mentoring university students who were vocal and upfront about their struggles and solutions, and who candidly told me what being an ally means. In many ways, they mentored me. Hearing their stories first-hand made me reflect on what it must feel like to be the only Black person in a graduate-school cohort or on a grant committee, facing the expectation that you will represent your whole population or culture. I had heard anecdotes of principal investigators at HBCUs who’d sat on review committees on which they were the only person of colour out of 30 people reviewing grants for minority-serving institutions. That pressure must be intense, and the margin for failure, non-existent.

At most major US research institutions, it seems as though seminars occur hourly, everybody has an NIH research grant and samples are easily accessible at the university hospital. Researchers at these places are part of an institutional cycle of winning grants and creating networks, and getting access to published studies is not a problem.

HBCUs, by contrast, are mostly smaller liberal-arts schools, and very few have major medical centres. But there, too, networking is crucial. In fact, networks at HBCUs are even more important than they might be at PWIs, because of differences in available resources. For example, HBCUs often lack funding to support access to most scientific literature, so researchers can find themselves spending lots of time, effort and mental energy trying to find and access articles rather than focusing on research. Yet despite these systemic barriers, the Hampton community had an incredible atmosphere and an unmistakable drive to persevere and overcome these hurdles.

One day, I asked my Hampton adviser, Luisel Ricks-Santi, a cancer geneticist, about attending an NIH conference on research that interested me. She suggested that perhaps the NIH should come to Hampton instead. That didn’t happen, but the contrast it highlighted was enlightening. The culture of the scientific enterprise includes the unspoken expectation that ‘everybody should come to us and learn from us’. In fact, the scientific community would benefit if people with PhDs and MDs at major institutions went to HBCUs to learn from their communities. But there would have to be a real interest in learning and not just imposing fancy new techniques, offering second authorship in collaborations or throwing money around (although more money would help).

Researchers at HBCUs need to lead collaboration conversations from the initial stages of study design to data collection and analysis. The more voices we can incorporate into these discussions, the better the scientific and medical communities, and the people they serve, will be. HBCUs have been leaders in scholarship on health disparities and community relations for almost 200 years, and it’s important that scientists recognize their role and empower HBCUs to guide us in our collective effort to achieve health equity.

I now work at Invitae, a genetic-health company in San Francisco, California, and have connected the company and Hampton to address inequalities in genetics. Together, we’re building a career pipeline, mentoring platform and educational series to increase diversity in the science and biotech workforce.