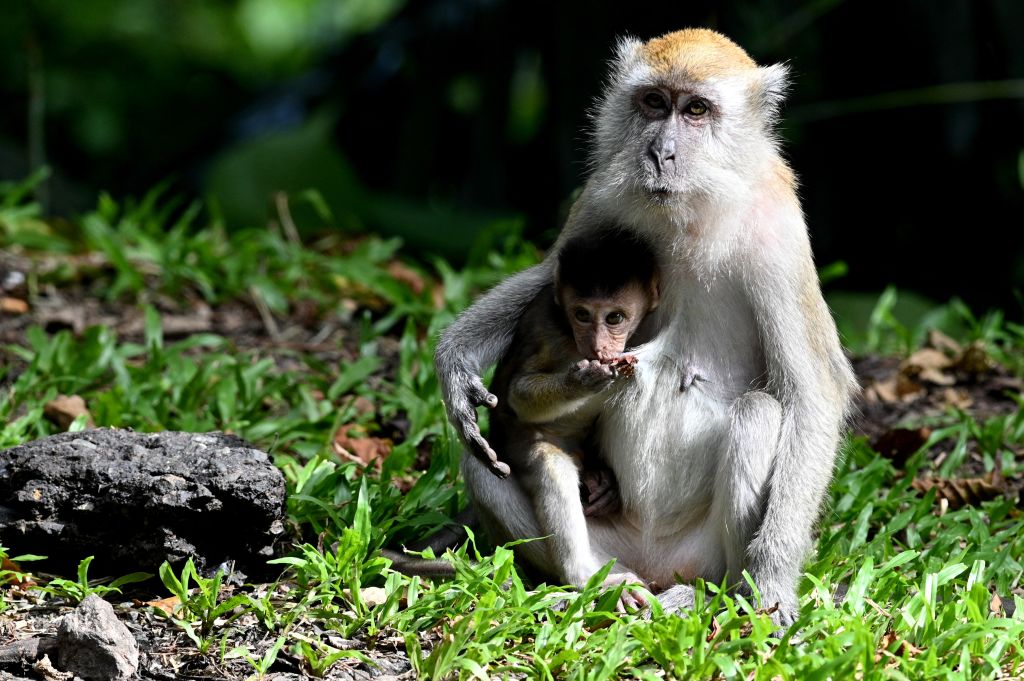 According to a recent UCL-led study, certain monkey species may show sadness over the loss of their child, mothers may groom and cuddle them for days, weeks, or months, even while their bodies rot or become mummified. This sums up our understanding of how non-human animals feel emotion.

Why Do Primates Carry their Infant’s corpse? 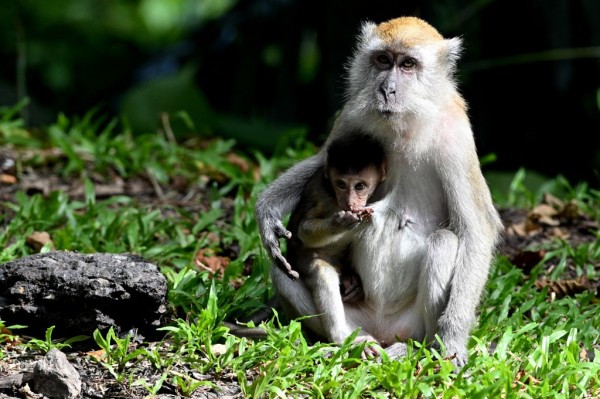 (Photo : Photo by CHAIDEER MAHYUDDIN/AFP via Getty Images)
This picture shows a macaque and a baby in Lhoong, Indonesia’s Aceh province on September 15, 2021.

Researchers have completed the first comparison of more than 400 reported cases of monkey mothers engaging with their dead children, based on observations spanning more than a century and spanning 50 primate species. In a recent study, researchers created “the largest database of primate mothers’ responses to their infants’ death.“

While experts disagree on whether monkeys are aware of death, this new study shows that ape moms may be aware of death or have the ability to learn about it through time.

“Our study indicates that primates may be able to learn about death in similar ways to humans: it may take experience to understand that death results in a long-lasting ‘cessation of function,’ which is one of the concepts of death that humans have,” said study co-author Dr Alecia Carter (UCL Anthropology). What we do not know and may never know is whether primates are aware that death is universal, and that all creatures, including themselves, eventually die.

In total, 80 percent of the species studied in the study were found to transport corpses. Although prevalent throughout the primate order, the behavior was found to be most common among large apes and Old-World monkeys, who also held their children for the longest periods after death.

The primate species was found to be a crucial indicator of whether newborn bodies were carried after death, primates long ago, such as lemurs, did not bring infant bodies after death, but were found to express grief in other ways, such as going back to the corpse or making “mother-infant contact calls.”

The chance of baby corpse carrying was shown to be influenced by the mother’s age at the time of the infant’s death as well as the way the newborn died. Younger mothers were more likely to carry their babies after death, whereas violent deaths, such as a spontaneous death or accidents, were less likely to result in corpse carrying than deaths caused by non-traumatic events, such as sickness, according to the study.

Researchers found out that elephants have interest in elephants who have died, even if they are unconnected.

The findings, which were published in the journal Primates, show that elephants retain a broad interest in their dead, even after their carcasses had decomposed for a long time – and even if the elephants investigated were not strongly linked to the deceased. Approaching the deceased, touching, and inspecting the carcass were the most prevalent actions seen. Elephants were also spotted vocalizing and attempting to raise or drag fallen elephants who had recently died, demonstrating that they use their superior sense of smell to detect dead people.

A literature assessment of 32 original observations of wild elephant carcasses from 12 diverse sources across Africa was conducted for the study. Even though technique differed between sources, several commonalities emerged.