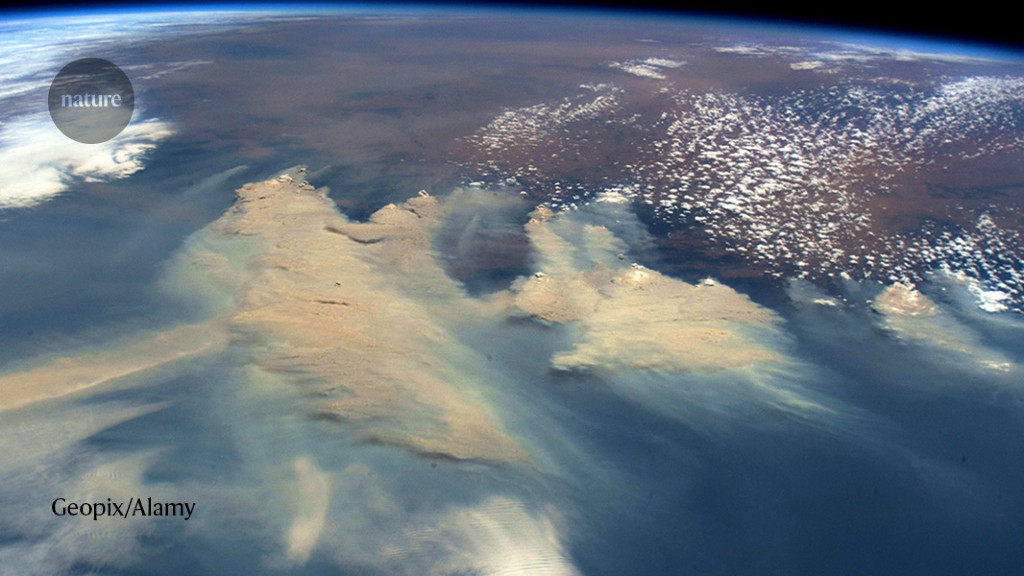 In early 2020, scorching temperatures and prolonged droughts were fuelling bush fires across Australia. The blazes eventually killed an estimated 400 people and more than one billion animals — and prompted fire scientist David Bowman and his colleagues to write an article in Nature urging the Australian government to create a national wildfire-monitoring agency. Compiling comprehensive data on the scale and aftermath of fires, they argued, was essential to managing future fires and building resilience to climate change.

The article had an impact. Bowman, from the University of Tasmania, Hobart, discovered that it was widely shared through federal groups concerned with wildfires, including the Department of Agriculture, Water and the Environment. In July 2021, the Australian Research Data Commons, which supports research infrastructure, announced Aus$5 million (US$3.6 million) in funding for national wildfire data. “I can’t claim the piece solely changed policy but it certainly really helped get a major initiative under way,” Bowman said. 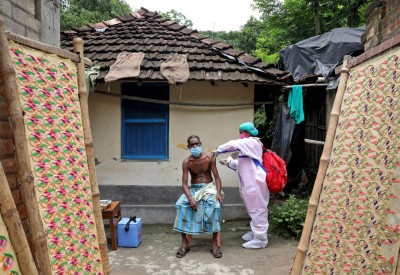 How Nature’s COVID coverage has made a difference

Like Bowman’s piece, some of Nature’s opinion and journalism articles end up influencing policy, the path of research or researchers’ careers. Our editors have been documenting this ‘real world’ impact as part of a project conducted in collaboration with London data-science company Altmetric and funded by Google’s Digital News Innovation Fund. We’re publishing a series of reports on what we found.

In this one, we showcase five examples, spanning five continents, of articles that had an influence on research. This global impact is important to us, because we strive to cover and represent research worldwide and to feature a diversity of researchers. The stories highlight how journalism and opinion can effect real change — and therefore emphasize the responsibility of editors to consider carefully and equitably who and what we cover.

Uruguay: ‘They are starting to remember there are women’

For 30 years, chemist María Fernanda Cerdá has worked at the University of the Republic in Montevideo, Uruguay, where she uses pigments from plants to build inexpensive solar cells. But several changes came her way after Nature profiled her work and her experience as a female chemist in a male-dominated field.

When Cerdá had submitted grants for previous research projects, funding agencies kept turning her down, she says. Sometimes they told her that a male colleague was the brains behind proposals — something never claimed by the colleague himself. “The comment was always, ‘Yeah, maybe she’s a very good mother, maybe she’s a good person to stay at home,’” said Cerdá. She switched research areas to something that her colleague didn’t study — to no avail. “Every time I get a no, I say OK, I will try anyway,” she said, laughing. “Because that is me.” 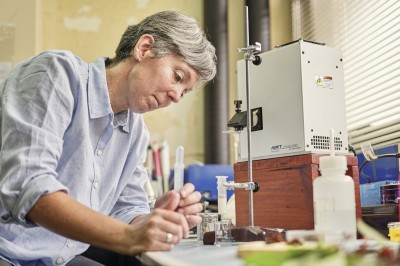 After the Nature story, Cerdá received an outpouring of messages from other female scientists of her generation in Uruguay who had felt alone and were overjoyed to hear about someone like them. “You can read the happiness,” Cerdá said. “Many women of my country — we are working, and we are invisible.” She was also asked to appear on PhD-defence committees and contacted by potential collaborators in Spain and India who found out about her research through the story. “It’s like now I exist,” she says.

One of those who read the article was Michael Grätzel, an electrochemist at the Swiss Federal Institute of Technology in Lausanne who first devised the type of low-cost solar cell that Cerdá builds. Grätzel knew Cerdá — she had visited his lab to learn a protocol — but reading the article prompted him to donate some funding for her research. Grätzel wrote to Nature that he was “deeply moved by the Nature story” and called Cerda’s research efforts “heroic”.

Cerdá plans to use the funds to build a larger solar panel and test whether it can charge a power bank, something she has lacked the money to do for two years. She was also featured in television, radio and print media in Uruguay. “Until last year, the science of my country had the face of a man,” she said. “Now maybe they are starting to remember there are women.”

Like Cerda, Brighton Samatanga saw a burst of interest in his work after he was the subject of a short profile. Samatanga had left a faculty position in Leipzig, Germany, to return home to Zimbabwe in March 2021 and open the country’s first private research institute, the Biotech Institute in Harare. Samatanga intends the institute to research antibiotic resistance, use CRISPR to make crops more resistant to pests and disease, and develop diagnostic tests for SARS-CoV-2, HIV and tuberculosis. 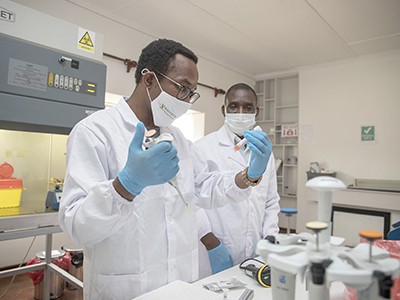 After the article appeared, in May 2021, Samatanga was featured in media outlets including The Herald, Zimbabwe’s largest newspaper; TimesLIVE, a major South African news website; and German newspaper Frankfurter Allgemeine Zeitung. This has led to potential collaborations with governmental departments in Zimbabwe and with the University of Zimbabwe. It helped the institute to gain equipment and employees, and led to “significant interest from German investors”, Samatanga says. “It has opened some doors for us and it has put us on the map.”

In 2019, the US National Academy of Sciences (NAS) amended its by-laws so that it could expel members for misconduct, including harassment. Ejecting a member would be significant, because it would remove the prestige and influence that membership of the NAS bestows.

Sixteen months later, Nature reported that no one had been expelled, nor had anyone filed a complaint — even though the NAS included members who were the subject of public reports of harassment. These included astronomer Geoffrey Marcy, who had resigned from the University of California, Berkeley, in 2015, and evolutionary geneticist Francisco Ayala, who left the University of California, Irvine, in 2018 — in both cases after investigations found that they had sexually harassed women.

François-Xavier Coudert, a chemist at the French national research agency CNRS in Paris, responded to Nature’s news story by tweeting critically about the NAS policy. NAS president Marcia McNutt replied on Twitter: “You and others feel strongly @fxcoudert. I am waiting for you to file complaints.” McNutt cannot file one, because she serves as arbitrator if the complaint is appealed. 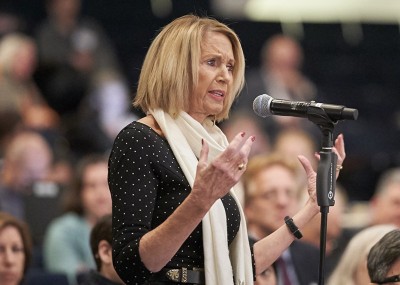 The US National Academy of Sciences can now kick out harassers. So why hasn’t it?

After this exchange, Coudert sent in complaints against four NAS members, including Marcy and Ayala. The other two were Inder Verma, a biologist who resigned from the Salk Institute for Biological Studies in La Jolla, California, in 2018 after allegations of sexual harassment, which he denies; and Sergio Verdú, an electrical engineer who was dismissed from Princeton University, New Jersey, in 2018 after investigations found that he had sexually harassed a graduate student and violated a policy prohibiting consensual relations with students.

At least two other scientists also submitted complaints after Nature published the news story. The NAS revoked Marcy’s membership in May 2021, as Nature reported in a follow-up story, and Ayala’s in June 2021. “At least three other cases are pending,” McNutt wrote to Nature in September 2021.

In November 2020, psychologist Sandersan Onie authored an article in which he outlined a vision for building robust open science in Asia, Latin America and Africa — one that would tackle challenges common in these regions. Among these were a lack of funding, and government policies that incentivize quantity of publications over quality.

The article triggered a chain of events for Onie, an Indonesian postdoctoral researcher working at the Black Dog Institute in Sydney, Australia. Onie is now in talks with the World Health Organization and the UN cultural organization UNESCO about collaborating. He is organizing a virtual conference, Advancing Science in Southeast Asia, in October 2021. The conference is designed to be accessible, with registration costing US$2 and subtitles in 7 major southeast Asian languages. “This event is the realization of the principles outlined in the Comment, in which open science isn’t only explicitly discussed, but threaded throughout the scientific process,” says Onie. He is discussing organizing a similar conference with a group in Latin America. 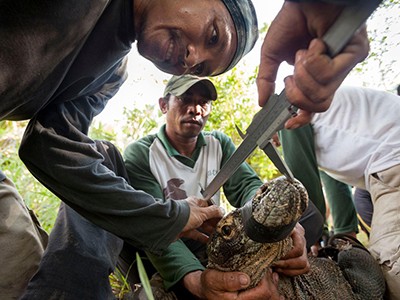 Indonesia’s director-general of higher education, Ir Nizam, asked Onie to write the country’s first policy brief on how to incentivize open science in higher education — for example, by counting it in performance assessments and accurately assessing the quality of open-access journals.

Onie also found that conversations and connections sparked by articulating his vision have helped him to incorporate open science into his own research, developing the first national suicide-prevention strategy in Indonesia. He has been able to conduct large focus groups to explore what data on suicide prevention should be collected and made available to people in a range of fields, including education, technology, local government and religious leadership. Writing his article “has allowed me to do work I could only previously dream of doing”, said Onie.

Cash boost looms for historically Black US colleges and universities