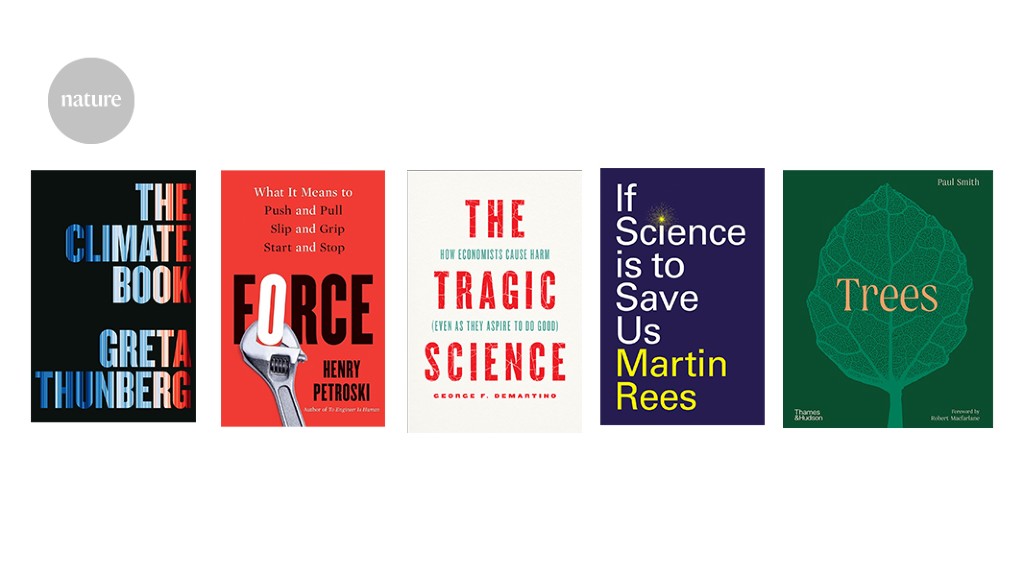 If Science is to Save Us

For all our technology, says astronomer and former Royal Society president Martin Rees, “we are no wiser than Aristotle”. His thoughtful, enjoyable book on science and civilization ranges from the deficiencies of formal science education to the mega-challenges of climate change and pandemics, including his public wager in 2017 that human “bioterror or bioerror” would trigger one million casualties before 2021. Unlike seasoned global public-health experts, however, Rees did not predict a zoonotic spillover.

Dendrites, the branched extensions of nerve cells, are named after the Greek dendron, or ‘tree’. “We think with trees”, says the foreword to this engaging, enchantingly illustrated global study by plant ecologist and conservationist Paul Smith, organized by life cycle into sections from ‘Seeds’ to ‘Fruits’, including art and architecture. Covering around one-third of the planet’s land surface, trees can grow to more than 100 metres tall and weigh more than 1,000 tonnes. Almost 60,000 species are known, some 30% of which are threatened with extinction.

In 2021, activist Greta Thunberg accused world leaders of “blah, blah, blah” on climate change. Sweden, her home country, claims a 30% drop in carbon dioxide emissions since 1990 — but she calculates an increase by including international aviation and shipping, and biogenic emissions, noting: “Our so-called leaders still think they can bargain with physics and negotiate with the laws of nature.” Her rousing response collects accessible contributions and practical solutions from more than 100 scientists, economists, historians and philosophers.

“I am an engineer,” writes Henry Petroski, “and I see forces everywhere and feel them in everything I touch.” His diverse and entertaining analysis of force since ancient times ranges from getting dressed, writing with a pencil and shopping to the design of face masks, buildings and spacecraft. London’s Millennium Bridge exemplifies the interaction of forces. When opened in 2000, it swayed excessively from side to side, because engineers had not taken into account that walkers push sideways to keep their balance, as well as up and down.

With its reductive view of human nature, economics was called “the dismal science” in the nineteenth century. Economist George DeMartino prefers “tragic science”, because so many adherents have been willing to ignore harm in pursuit of growth. “Their calling validated the imposition of whatever harms were necessary … to get the job done,” he concludes. Such hubris has been tempered by global financial disasters and climate change, but the profession still requires major reform, he trenchantly argues.