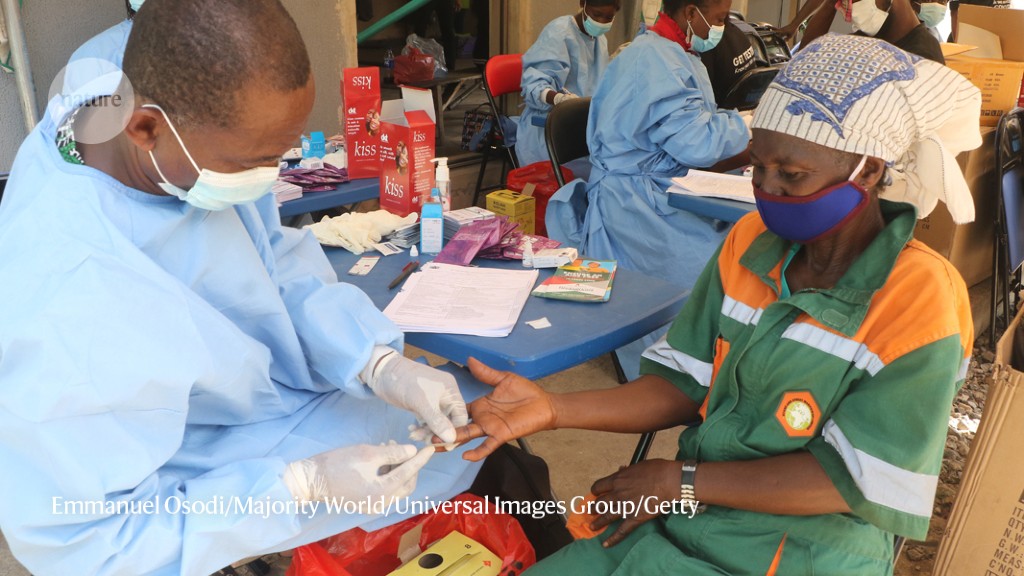 The COVID-19 pandemic has had a “devastating” impact on the fight against other deadly infectious diseases, according to a report that compares 2019 and 2020 data on HIV, tuberculosis (TB) and malaria in more than 100 low- and lower-middle-income countries.

The assessment was conducted by the Global Fund, an international organization that funds efforts to tackle these three health challenges.

“COVID-19 has been the most significant setback in the fight against HIV, TB and malaria, that we have encountered in the two decades since the Global Fund was established,” writes the organization’s executive director Peter Sands in an introduction to its Results Report 2021.

As countries went into lockdown and resources were diverted to combat the pandemic, prevention, testing and treatment services for all three dropped precipitously, although the impacts vary for each. In some countries, says Sands, “the knock-on effects on HIV, TB and malaria could exceed the direct impact of COVID-19”.

For HIV, the number of people reached by prevention programmes that supply condoms or clean needles and syringes, for example, dropped by 11%. HIV testing fell by 22%, delaying treatment and contributing to ongoing transmission of the virus (see ‘Testing trouble’).

Grace Ngulube, an HIV activist in Malawi, is particularly worried about adolescent girls and young women, who account for six out of seven new HIV infections among those aged 15 to 19 in sub-Saharan Africa, according to the report. In some places, the roll-out of COVID-19 vaccinations has also caused problems for HIV-related work. Because of misconceptions about their safety, many girls and young women are hesitant to seek any kind of medical care for fear they will be vaccinated, Ngulube says.

However, the number of people living with HIV who received antiretroviral drugs increased by 9%, in part because clinics in some countries began providing them with enough medicine to last several months, to reduce the need for frequent visits. 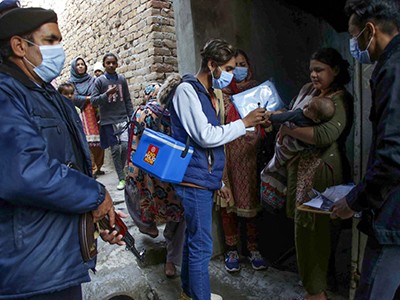 How COVID hurt the fight against other dangerous diseases

Efforts to combat TB, the second biggest cause of infectious-disease deaths globally after COVID-19, were dealt a more severe blow. TB is also caused by an airborne pathogen, so it lost out because resources such as isolation wards, diagnostic kits and medical specialists were diverted to the pandemic, says Jamie Tonsing, senior TB adviser at the Global Fund. In countries the Global Fund supports, the number of individuals tested and treated for TB fell by 18% — amounting to about one million people. For extensively drug-resistant TB, the fall was 37%, an especially severe impact. Untreated cases will lead to increased transmission and even more deaths from TB than the 1.4 million recorded in 2019.

The outlook for malaria remains “somewhat stable” in countries the Global Fund supports, the report says, without significant setbacks or gains. Although campaigns to distribute insecticide-treated bed nets, currently the best tool for preventing malaria, were delayed early on in the pandemic, countries were quick to adapt, says Scott Filler, who heads the Global Fund’s malaria programme. When campaigns resumed, many countries switched from dispensing bed nets in public spaces to delivering them door-to-door, to avoid crowding. That contributed to a 17% rise in the number of nets distributed. However, the number of people with suspected malaria who were tested fell by 4.3%. “A lot of kids did not get tested who should have been,” Filler says.

Even so, progress against malaria has stalled “at unacceptably high numbers”, says Pedro Alonso, who heads the Global Malaria Programme at the World Health Organization. There are still more than 400,000 deaths from malaria and 220,000 million cases a year.

Disease experts worry about the impact that waves of SARS-CoV-2 infections and the emergence of new variants will continue to have on efforts to combat these three diseases. “The crisis is far from over, especially with the Delta variant wreaking havoc,” says Sands. “We really won’t get back on track for HIV, TB and malaria until we get on top of COVID-19.”

COVID in kids and fossil-fuel limits — the week in infographics

Cells of the human intestinal tract mapped across space and time

McDonald’s new strategy to bring renewable energy to its supply chain
China to build satellite ground stations in Antarctica
The next generation of coronavirus vaccines: a graphical guide
Where infectious diseases erupt, and more — this week’s best science graphics
Cloud leaders Amazon, Google and Microsoft show the once-booming market is cooling down