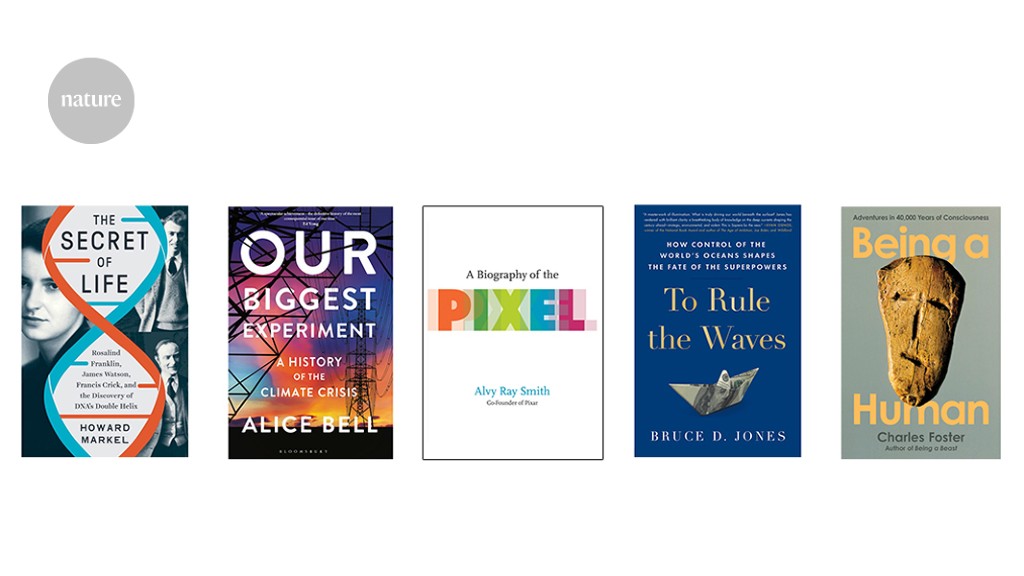 To Rule the Waves

The oceans are the key zone for potential military confrontation; some 85% of global commerce relies on them; around 90% of global data flows along undersea cables; oceans are central in the global fight over climate change. Those four simple facts are analysed in this penetrating historical and political study. Author Bruce Jones, director of the project on international order at Washington DC think tank the Brookings Institution, fears future oceanic conflict, especially now that COVID-19 has amplified existing international tensions.

The Secret of Life

The 1953 discovery of DNA’s double-helix structure might be one of science’s most fascinating and oft-told stories. Yet much about it is still contentious — even who termed it “the secret of life”. Historian of medicine Howard Markel’s fine book focuses on the role of Rosalind Franklin, whose X-ray crystallography image of DNA — crucial to Francis Crick and James Watson’s breakthrough — was used without her permission. A hesitant Watson tells Markel that he was “honest but … you wouldn’t say I was exactly honorable”.

A Biography of the Pixel

Pixel is short for ‘picture element’: a misleading etymology, writes computer scientist Alvy Smith, who co-founded Pixar Animation Studios in 1979. Pixels are invisible, like computer bits, and not to be confused with “the little glowing areas on a screen, called display elements”. Hence this book’s technical core: how the former is converted to the latter, and the thinkers who paved the way. These range from Alan Turing to the undersung graphics mathematicians involved in the films Monsters, Inc., Toy Story, Finding Nemo and more.

Climate campaigner and science writer Alice Bell’s nuanced and accessible history of the climate crisis describes the legacy of scientists including Eunice Foote, the first to warn that increasing atmospheric levels of carbon dioxide would affect global temperatures, at an 1856 meeting of the American Association for the Advancement of Science. By ignoring Foote’s insight for so long, “we’ve inherited an almighty mess”, concludes Bell. But “a lot of tools” can alleviate the effects of global warming, if used wisely.

Vet and barrister Charles Foster won an Ig Nobel Prize for living in the wild as various animals, as described in Being a Beast (2016). In his latest book — controversial, yet oddly compelling — he lives as if in the upper Palaeolithic, Neolithic and Enlightenment periods, and compares human consciousness in each. Ancient hunter-gatherers, he argues, were superior to modern urban-dwellers for their “cosmopolitanism” and “motion”. He savages written language, invented post-Neolithic, for its “wholly spurious authority” over experience.