An international climate-action coalition is calling for the postponement of a pivotal climate summit slated to take place this November in Glasgow, UK, because COVID-19 pandemic restrictions could prevent the world’s poorest nations from fully participating. But many developing countries say that delaying the summit could have dangerous consequences for the planet and want to push forward.

The summit, the 26th United Nations Climate Change Conference of the Parties (COP26), is the most significant global climate meeting since countries gathered in Paris in 2015 to sign an accord to limit global warming to 1.5–2 °C above pre-industrial temperatures. The 196 governments participating in this year’s summit are expected to formalize a new round of commitments to dial back greenhouse-gas emissions in an effort to limit the extreme weather currently pummelling countries around the globe.

COP26 organizers in the United Kingdom have responded to the call for postponement with concessions intended to enable broad participation. UK officials told Nature that COVID-19 vaccines are now being shipped out for delegations without access to them, and that the first jabs will begin within days. But some observers still fear the proceedings will not be equitable because of reduced participation from non-governmental organizations (NGOs), which often advise low-income countries and which are facing the most significant challenges in getting to Glasgow.

A risk of exclusion

Climate Action Network-International (CAN), which represents a global collection of more than 1,500 environmental groups, raised the alarm about COP26 on 7 September. The coalition says it had heard numerous complaints from delegates, including NGOs, in developing countries who worry that they will not be able to attend the negotiations in person because of a lack of vaccines and high travel costs associated with pandemic restrictions. NGOs are at particular risk of not being able to participate, and without them there could be “less pressure on polluters to act, less scrutiny on the outcomes, and potentially watered-down climate action, leading to more suffering for people around the world”, says Dharini Parthasarathy, a spokesperson for CAN in Bangalore, India.

Governments of developing nations have been working behind the scenes to address rising conference costs due to the pandemic, says Saleemul Huq, director of the International Centre for Climate Change and Development in Dhaka, Bangladesh, and an adviser to the Least Developed Countries coalition. Although some scientists and activists associated with NGOs might not be able to attend, Huq expects that officials charged with actually negotiating and setting climate targets will make it to the summit.

The conference has already been postponed by a year because of the COVID-19 pandemic, ratcheting up concerns over delayed climate action. Last month, the UN Intergovernmental Panel on Climate Change issued its latest report, warning that drastic and immediate action is needed to avert severe impacts in the decades to come. 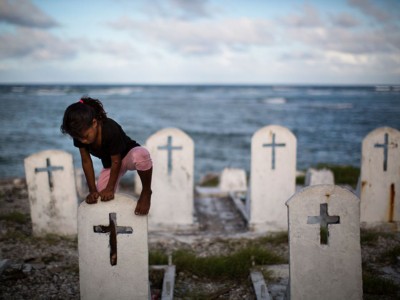 Where climate cash is flowing and why it’s not enough

Island nations and low-income countries in the global south have been among the fiercest advocates for aggressive climate action so far, because they have contributed the least to global warming and are often more vulnerable to its impacts. Now they are struggling with low vaccination rates owing to an inequitable global distribution of doses, making travel to COP26 more difficult — and more costly. The United Kingdom has loosened its quarantine rules for COP26 attendees, but still requires that unvaccinated delegates from some 60 high-risk countries isolate in hotel rooms for 10 days; even vaccinated individuals from those countries would need to quarantine for 5 days.

After CAN called for COP26’s postponement, the UK government agreed to cover the cost of hotel quarantining for delegates from high-risk nations. In a statement, the United Kingdom’s designated president of the summit, Alok Sharma, said the meeting must go ahead. “COP26 has already been postponed by one year, and we are all too aware climate change has not taken time off,” he said. “Ensuring that the voices of those most affected by climate change are heard is a priority for the COP26 Presidency, and if we are to deliver for our planet, we need all countries and civil society to bring their ideas and ambition to Glasgow.”

Although many countries have yet to weigh in, some have opposed delaying the summit: this week the Climate Vulnerable Forum, a coalition of countries in the global south that are at significant risk of impacts from global warming, released a statement saying that COP26 must take place as scheduled and in person.

And the Alliance of Small Island States said in a statement to Nature that its 39 members are ready to engage at the summit. “The only beneficiaries of the postponement are the fossil fuel industry and persons who gain financially from delay actions,” the statement said. “We hope to participate in a COP that is an inclusive and safe arena, particularly for the most vulnerable nations who must have a part to play in deciding our futures.”

Holding a global climate summit that attracts thousands of people from around the world presents significant logistical challenges, particularly in the middle of a pandemic. More than 26,700 people registered for the last meeting of this scale, in Madrid in 2019, and the UK says it is expecting around 25,000 in Glasgow. 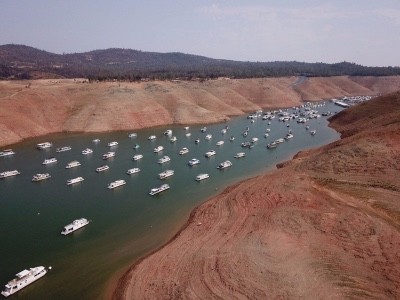 IPCC climate report: Earth is warmer than it’s been in 125,000 years

Even with hotel quarantine costs covered in the United Kingdom, travelling to and from Glasgow will still represent a challenge for many delegates, says Bill Hare, a physicist and one of the founders of Climate Analytics, a non-profit organization that advises many developing countries in the climate negotiations. “I know governments that we work with are concerned,” he says.

In addition, Hare says there are fears that countries that have been known to obstruct the negotiations — such as Saudi Arabia, whose economy depends on oil and gas — could use legitimate fears about representation among poor countries to argue that the COP26 process is tainted. “It could be explosive.”

During the pandemic, many high-level international climate meetings have moved online, but gatherings such as COP26 are fuelled by human interactions among activists, scientists and negotiators, says Durwood Zaelke, president of the Institute for Governance and Sustainable Development in Washington DC. Going virtual is a challenge, particularly for low-income countries where internet connections are less reliable, he says. “We need more than ever to have multilateral controls work much faster, yet we’re struggling to have our meetings,” says Zaelke. “COVID has put a lot of sand into the gears of this machinery of climate governance, and that has slowed things down.”

COVID in kids and fossil-fuel limits — the week in infographics

How COVID is derailing the fight against HIV, TB and malaria

Catfish Injected with Alligator DNA Could Live Longer, Experiment Demonstrates
Is That Shiny Thing Pretty, or Are You Just Thirsty?
The next generation of coronavirus vaccines: a graphical guide
There’s another Milky way out there
Are Fandoms Good or Unhealthy Obsessions?