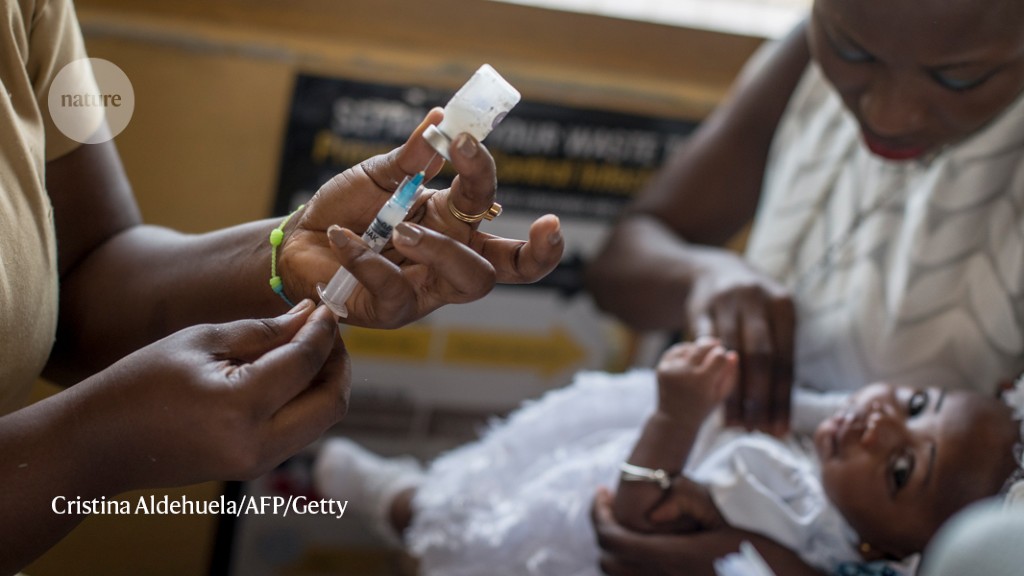 More than 130 years after the naming of the Plasmodium parasites behind malaria in 1890, the world now has its first approved vaccine against them. While many malaria researchers have celebrated the development, others have expressed concerns over the deployment of a vaccine with moderate efficacy.

On 6 October, the World Health Organization (WHO) greenlit the vaccine — called RTS,S — and recommended its widespread use among children aged under 5 in Africa, which is home to the deadliest malaria parasite, Plasmodium falciparum.

“The RTS,S malaria vaccine — more than 30 years in the making — changes the course of public health history,” said WHO director-general Tedros Adhanom Ghebreyesus at a press briefing announcing the endorsement. 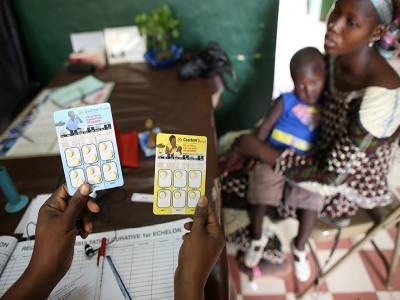 Compared to other childhood vaccinations, it has a modest efficacy, preventing about 30% of severe malaria cases after a series of four injections1.

Nevertheless, one modeling study suggests it could prevent 23,000 deaths a year in children, if the full series of doses were deployed to all kids in countries with a high incidence of malaria2 — a significant dent in the tremendous toll of the disease, which took 411,000 lives in 2018.

Leaders across Africa are now considering if and how to deploy it. In Mali, for example, Alassane Dicko, a malaria researcher at the University of Bamako told Nature that, soon after the WHO’s announcement, the nation’s minister of health asked him what Mali needed to do to get the vaccine.

“I told her we need to push as a country, at the highest levels of our government, to make this vaccine available at an affordable cost as soon as possible,” he adds.

Researchers have developed and tested the RTS,S vaccine — also known by its brand name, Mosquirix — since 1987, at a cost of more than US$750 million. This was mainly funded by the Bill & Melinda Gates Foundation in Seattle, Washington and the London-based pharmaceutical firm GlaxoSmithKline (GSK).

Although clinical trials concluded in 2015, the WHO then recommended pilot studies to determine the feasibility and safety of this multi-dose vaccine outside of a clinical trial.

Gavi, the Vaccine Alliance, a health partnership based in Geneva, Switzerland helped fund the pilot programmes that have distributed 2.3 million vaccine doses in Ghana, Kenya and Malawi. It reports that in these studies hospitalizations from severe malaria decreased by about 30%. These results lent the WHO the confidence to recommend four doses of the vaccine to children living in regions with moderate to high malaria transmission. 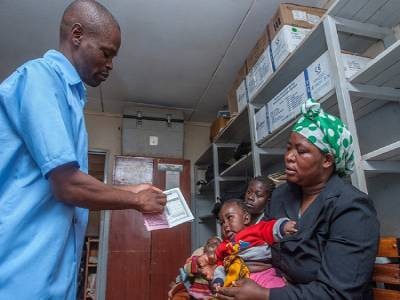 However, Dicko says countries might derive even larger drops in hospitalizations and deaths through tailored rollouts.

In August, he and his colleagues published results from a clinical trial finding that the RTS,S vaccine reduced childhood malaria deaths by 73% when children received three doses prior to the rainy season — when malaria peaks — and a fourth and fifth dose before the rainy season in subsequent years3. Notably, this was done in conjunction with a method called seasonal malaria chemoprevention, in which healthy children take monthly anti-malaria drugs to prevent the disease.

In addition to how the vaccine is deployed, another question that countries will need to answer is how much it will cost to purchase and distribute it — and whether donors will help foot the bill.

The vaccine manufacturer GSK released a statement pledging to make 15 million annual doses available at just above the cost of production. However, roughly 100 million doses will be needed annually if all children in high burden countries are to receive the shots2.

Some researchers fear that the excitement over a vaccine will overshadow existing malaria control measures that are already often underfunded, including insecticide programmes and functional health systems.

At a potential cost of about $5 per dose, researchers suggest the vaccine rollout, including its distribution, would cost around $325 million to administer each year across ten African countries with a high incidence of malaria4. They point out that in some of these countries, other malaria measures have faltered due to a lack of support.

“I respect the researchers involved with this massive effort, but the reality is that so much money has been poured into this vaccine, even when the results from studies are disappointing,” says Badara Cisse, a malaria researcher at the Institute for Health Research, Epidemiological Surveillance and Training, in Dakar, Senegal, who adds: “I don’t think a 30% effective vaccine would be acceptable for Americans.” 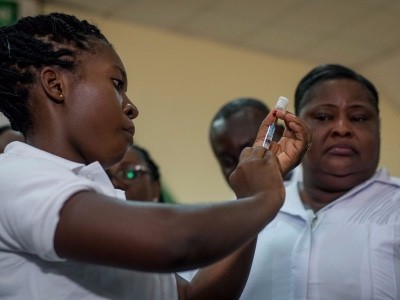 Despite this, he and James Tibenderana, a Ugandan epidemiologist at the Malaria Consortium in London, says the RTS,S vaccine could be impactful in some regions. To achieve that, Tibenderana stresses the need for extensive communication campaigns, so that misinformation doesn’t hamper the rollout.

“People will wonder why a 30-year old, partially effective vaccine is suddenly being introduced during a pandemic – and targeted only at Africans,” he says. “The misinformation around COVID-19 vaccines should teach us that we can’t take community trust for granted.”

Despite a long road ahead, he and others are grateful for the WHO’s decision. “With the devastation of COVID-19, and with progress stalled on malaria control, and news of resistance to anti-malaria drugs, it’s uplifting to see some positive news,” he says.

Why COVID vaccines didn’t win a science Nobel this year

Why easing COVID restrictions could prompt a fierce flu rebound

A Dying Hot Jupiter and The Birth of Carbon Planets
The Strange Case of the Missing Sunscreen Gene
Avis has new T&Cs for renting its EVs, and they’re a little weird
The Dark, Evil Twin of the Sun! | NASA’s Unexplained Files
A sea change for carbon capture