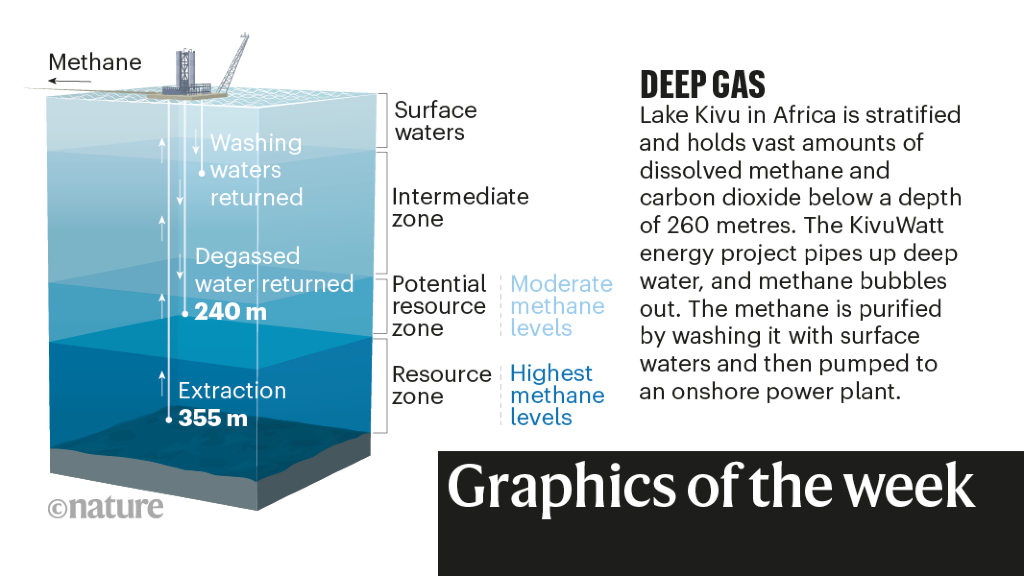 Nestled between the Democratic Republic of the Congo and Rwanda, Lake Kivu harbours something dangerous: in its depths lurk 300 cubic kilometres of dissolved carbon dioxide and 60 cubic kilometres of methane, laced with toxic hydrogen sulfide. The lake has the potential to explosively release these gases, which could send heat-trapping molecules into the atmosphere and could fill the surrounding valley with gas, potentially killing millions of people. The dissolved gases accumulate in denser, bottom layers of the lake, capped by a ‘cork’ of pressure from the waters above. The KivuWatt project is extracting methane from the lake to generate 26 megawatts (MW) of electrical power, and has a contract to increase that to 100 MW. It is also considering options for removing CO2 from the lake and selling it as a commercial product.

Many plant seeds, such as those of Dipterocarpus alatus (a), have shapes that aid their dispersal by the wind. In a paper in Nature, researchers reveal a series of aerial vehicles inspired by such seeds. One such vehicle (b) contains a simple circuit to detect airborne particles and can be used as a battery-free wireless device for atmospheric measurements. The circuit consists of a controller, sensors and a coil for wireless power transmission.

Funders: cover APCs for African scholars — and do more