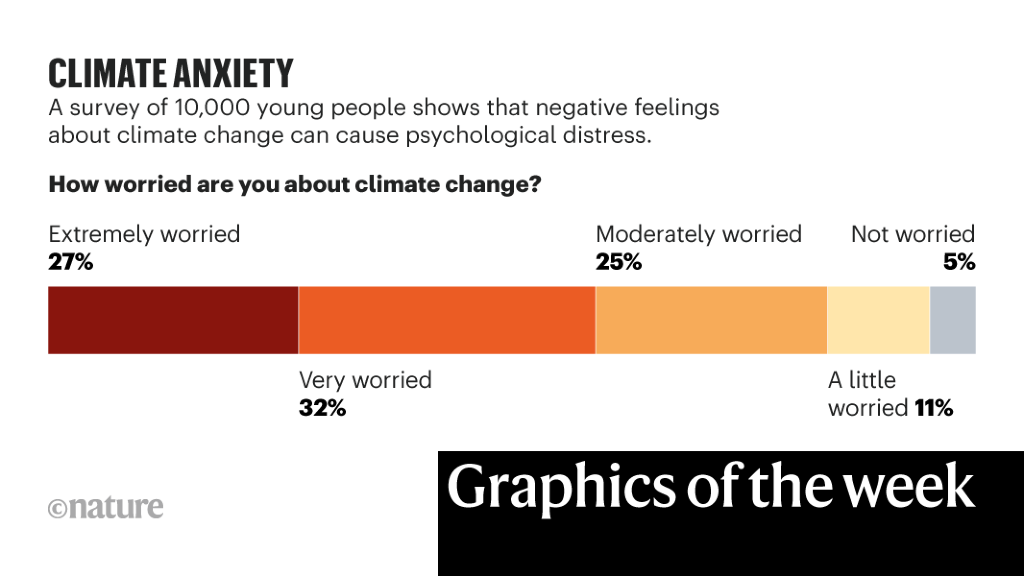 The kids are not OK

Climate change is causing distress, anger and other negative emotions in children and young people worldwide, according to a survey of thousands of 16- to 25-year-olds. The poll — the largest of its kind — asked 10,000 young people in 10 countries how they felt about climate change and government responses to it. The results were released in a preprint on 14 September.

A tale of two labs

One of the most urgent problems for a scientist starting up is funding. Neuroscientist Alison Twelvetrees and molecular biologist Daniel Bose, who are married to each other, are two of the many researchers who have taken on the epic challenge of launching their own laboratories. Over the past three years, Nature reporters have documented in gripping detail their journey to start up in science. This graphic offers a snapshot of their fortunes at a point when a hard-won fellowship was allowing Dan to invest in new equipment, but the future for Ali’s lab was more uncertain.

Even when people are asleep, they can respond to some stimuli — such as the sound of names or a baby crying — while filtering out more-trivial sensory cues. In a paper in Nature, researchers show that the fruit fly Drosophila melanogaster can also actively process sensory information during sleep, and that the salience of the stimuli can be affected by how hungry the fly is. The researchers delivered various odorants to sleeping fruit flies. If the flies were starved of food, they woke up much more readily in response to food odours, but not to non-food odours. This finding implies that flies continue to process olfactory information, as well as the value attached to different odorants, during sleep.

No child’s play: what climate change will inflict on today’s newborns

The promise and potential of stem cells in Parkinson’s disease