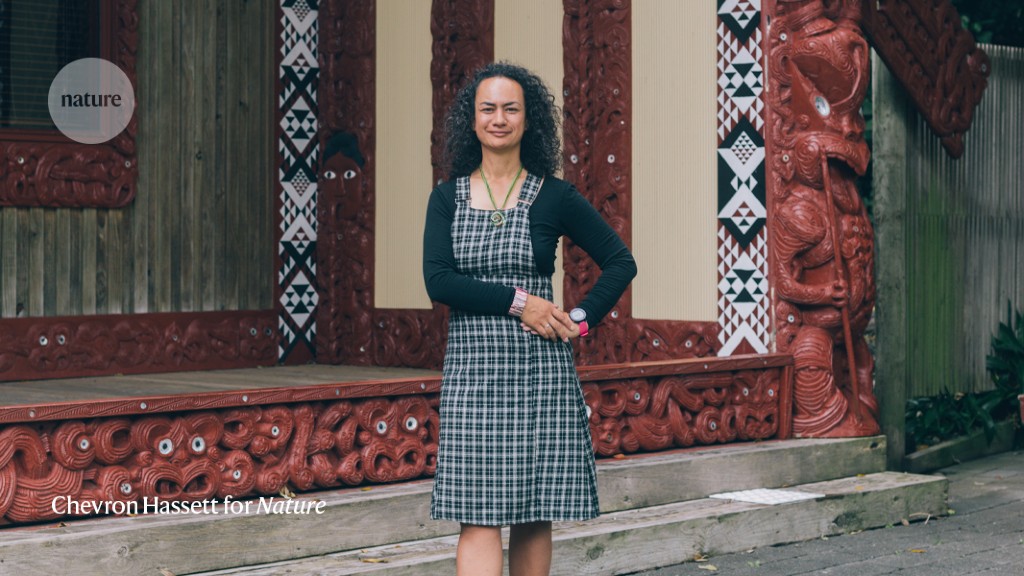 The wharenui behind me in the photograph is in the heart of Victoria University of Wellington, where I lead the school of Māori studies. The detailed carvings, paintings and weavings are a library of traditional knowledge and understanding. The tongues poking from the carved faces on the meeting house might look fierce, but the Māori primarily had an oral culture, and the tongue symbolizes knowledge. The bigger the tongue, the more history, narrative and knowledge there is.

I am Māori, and descend from the Ngāti Porou tribe. I research the nexus of Māori knowledge and Western science, and how we can draw the best from both knowledge systems to resolve environmental issues.

In 2016, the town of Havelock North suffered a disease outbreak caused by livestock faeces seeping into groundwater. We aim to prevent a recurrence through a better understanding of groundwater and springs. Before the affected area began to be drained for agriculture in the 1870s, it was swampland, and Māori people travelled on the waterways. We might find written reports on spring flow going back 70 years, but Māori knowledge can go back nearly 1,000 years. We are looking at ways to access the knowledge captured in carvings and oral histories — mainly by talking to people who could point out features such as where they swam as a child or gathered eels or cress — to tell us where water once flowed.

Another project looks at marine heatwaves, including changes in ocean currents due to climate change. Māori ancestors journeyed across these seas. There is knowledge of ocean currents there, if we can unlock it.

In the geometric panels in the photograph, the white triangular ‘teeth’ symbolize strength though unity. I think of Māori knowledge as helping to constrain the scientific data so that they can make better predictions. We want to get to a place where the wider research community realizes that we can’t solve these climate problems with one knowledge system alone.

Why stem cells might save the northern white rhino

Starting up in science: two labs face the pandemic and another shock