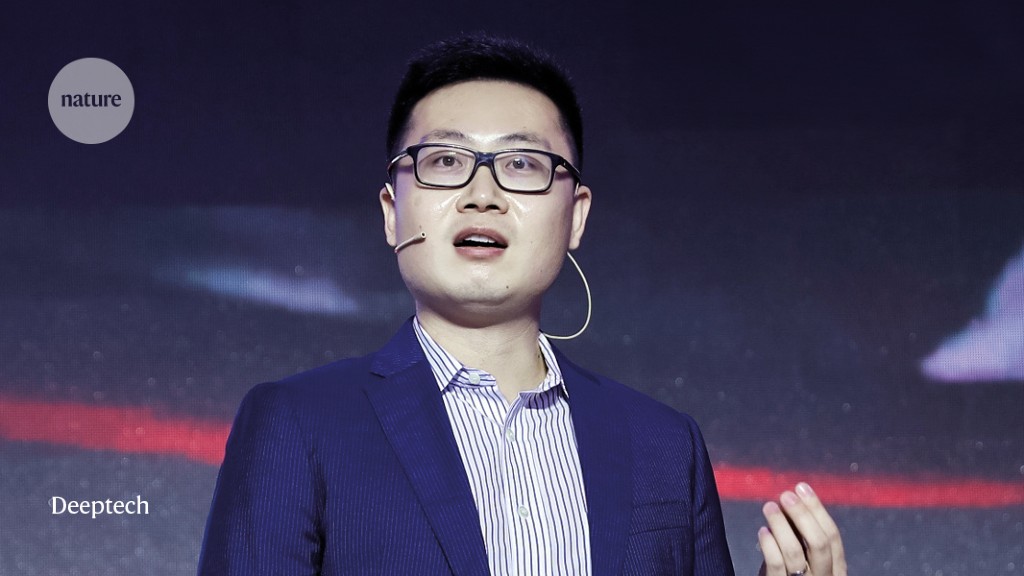 Biomedical engineer Xinge Yu at the City University of Hong Kong co-led a team that developed a wearable, electromechanical device to aid the diagnosis of tumours and skin disorders by measuring a human body’s tissue stiffness. He tells Nature about the research and how he hopes to patent the invention in China.

Where did the idea for your device come from?

For hundreds of years, physicians have been aware that if skin feels stiff or hard, this might signal an underlying health problem. In recent decades, researchers have developed diagnostic technologies, such as magnetic resonance elastography, to measure the stiffness of soft tissue in the body. But this kind of test needs an individual to come into hospital and lie inside a huge machine operated by trained practitioners. It’s an expensive and inconvenient process.

In 2018, our laboratory decided to make a new tool to evaluate tissue stiffness — one that could be worn. We felt we could create a simple and small electromechanical device using technologies I’d been involved in developing while working as a postdoc in materials scientist John Rogers’s lab at Northwestern University in Evanston, Illinois.

I think that, from the start, my team and I were pretty confident that the idea would work. We just needed time to perfect the components to optimize the device’s performance.

How did you make it happen?

The mechanical properties of tissues can indicate a lot about their disease states. Stiffer tissue can signal anything from inflammation to cancer.

In 2018, our lab reported that the use of a piezoelectric material called lead zirconate titanate (commonly known as PZT) was highly accurate in sensing changes to tissue states (X. Yu et al. Nature Biomed. Eng. 2, 165–172; 2018). We were able to measure a tissue’s thickness by forcing it to shrink and expand in response to low-level electric voltages applied to a needle-shaped probe constructed from PZT. Using the data from this material alongside conventional needle-biopsy analysis, we could detect pathologies, such as tissue fibrosis or liver cirrhosis, in situations where the biopsy alone suggested that the disease wasn’t present.

However, this method had its drawbacks. Using a needle is an invasive procedure and can be used to detect cancers only when these are present within a few micrometres of the needle’s tip. We wanted to develop a type of sensor that could be placed on the skin and cause larger and deeper tissue deformation, enabling us to measure abnormalities across an area wider than a needle biopsy could cover.

A year later, our lab developed a sensor that sits on the skin and delivers a charge into it that can travel up to one centimetre (X. Yu et al. Nature 575, 473–479; 2019). That’s enough for us to be able to detect most disorders such as skin cancer, or tumours under the skin, using a collection of vibrating mini motors.

We realized that if we combined the findings of both projects, we could make a wearable device for detecting skin stiffness.

So how did the research end up happening in Hong Kong?

I’m originally from Nong’an, a town in the Jilin province of the Chinese mainland, and was keen to be close to home after six years in the United States. I was offered a position in the newly established biomedical department at the City University of Hong Kong, and it felt like an ideal next step.

John was happy for me to continue my research in Hong Kong and build collaborations with his team. Luckily, one of the first authors on our Nature Biomedical Engineering paper joined my lab in 2020, along with another former member of the Rogers group, Enming Song, and so we continued to work together. This meant that no time was lost in building a new team, and we could make really fast progress.

The device was tested in Northwestern Memorial Hospital, Chicago. Given that I was a fairly junior researcher at my university, it was much easier to use John Rogers’s existing network to enable a fast trial.

It took about three months to finish and get the results, which was actually longer than I had expected. Practical factors slowed us down, such as needing to train the doctors in how to use the technology, and having to wait for patients who were willing to take part in the trial.

We don’t have a detailed commercialization plan yet. Getting approval for medical equipment is a complicated process, and an essential step will be to run many more clinical trials to gather all the data needed.

I’m intending to do this in Hong Kong, because it will be more convenient for us to manage the trials there. As yet, we have not applied for a patent for this work, because the original technology was developed in John’s lab. However, we have plans to improve and develop the device — to make it smaller and more accurate, and to work wirelessly, for example. Once those changes have been made, we’ll be able to apply for a patent in our own right.

This article is part of Nature Spotlight: Biomedical engineering in China, an editorially independent supplement. Advertisers have no influence over the content.

Why easing COVID restrictions could prompt a fierce flu rebound

How the Supreme Court could soon change free speech on the internet
How It’s Made: Pet Combs
Weekend Project: I added a solar panel to my electric mini-truck to charge from the sun
OPEC+ committee recommends no change in oil output policy at virtual meeting
Google is asking employees to test potential ChatGPT competitors, including a chatbot called ‘Apprentice Bard’