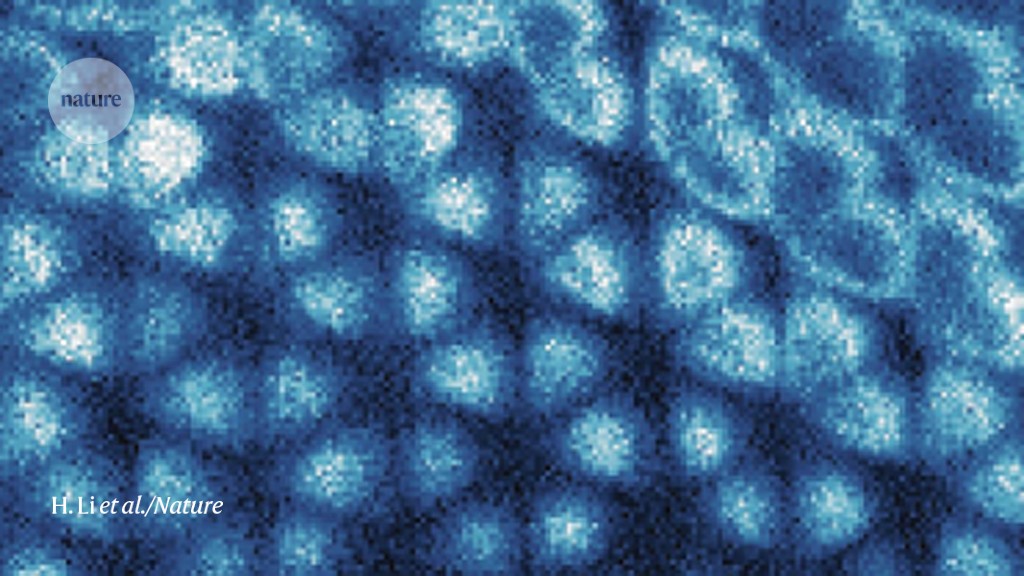 If the conditions are just right, some of the electrons inside a material will arrange themselves into a tidy honeycomb pattern — like a solid within a solid. Physicists have now directly imaged these ‘Wigner crystals’, named after the Hungarian-born theorist Eugene Wigner, who first imagined them almost 90 years ago.

Researchers had convincingly created Wigner crystals and measured their properties before, but this is the first time that anyone has actually taken a snapshot of the patterns, says study co-author Feng Wang, a physicist at the University of California, Berkeley. “If you say you have an electron crystal, show me the crystal,” he says. The results were published on 29 September in Nature1. 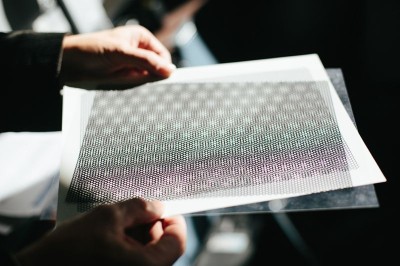 How ‘magic angle’ graphene is stirring up physics

To create the Wigner crystals, Wang’s team built a device containing atom-thin layers of two similar semiconductors: tungsten disulfide and tungsten diselenide. The team then used an electric field to tune the density of the electrons that moved freely along the interface between the two layers.

In ordinary materials, electrons zoom around too quickly to be significantly affected by the repulsion between their negative charges. But Wigner predicted that if electrons travelled slowly enough, that repulsion would begin to dominate their behaviour. The electrons would then find arrangements that minimize their total energy, such as a honeycomb pattern. So Wang and his colleagues slowed the electrons in their device by cooling it to just a few degrees above absolute zero.

A mismatch between the two layers in the device also helped the electrons to form Wigner crystals. The atoms in each of the two semiconductor layers are slightly different distances apart, so pairing them together creates a honeycomb ‘moiré pattern’, similar to that seen when overlaying two grids. That repeating pattern created regions of slightly lower energy, which helped the electrons settle down.

The team used a scanning tunnelling microscope (STM) to see this Wigner crystal. In an STM, a metal tip hovers above the surface of a sample, and a voltage causes electrons to jump down from the tip, creating an electric current. As the tip moves across the surface, the changing intensity of the current reveals the location of electrons in the sample. 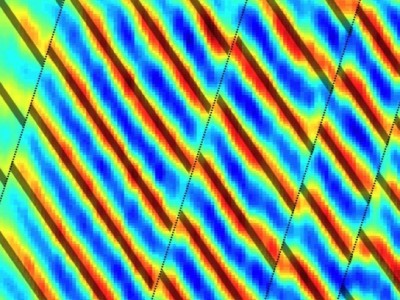 Initial attempts to image the Wigner crystal by applying the STM directly on the double-layer device were unsuccessful, Wang says, because the current destroyed the fragile Wigner arrangements. So the team added a layer of graphene, a single-atom sheet of carbon, on top. The presence of the Wigner crystal slightly changed the electron structure of the graphene directly above, which was then picked up by the STM. The images clearly show the neat arrangement of the underlying Wigner electrons. As expected, consecutive electrons in the Wigner crystal are nearly 100 times farther apart than are the atoms in the semiconductor device’s actual crystals.

“I think that’s a great advancement, being able to perform STM on this system,” says Carmen Rubio Verdú, a physicist at Columbia University in New York City. She adds that the same graphene-based method will enable STM studies of a number of other interesting physical phenomena beyond Wigner crystals. Kin Fai Mak, a physicist at Cornell University in Ithaca, New York, agrees. “The technique is non-invasive to the state you want to probe. To me, it is a very clever idea.”

Cascade of correlated electron states in a kagome superconductor CsV3Sb5

Cascade of correlated electron states in a kagome superconductor CsV3Sb5