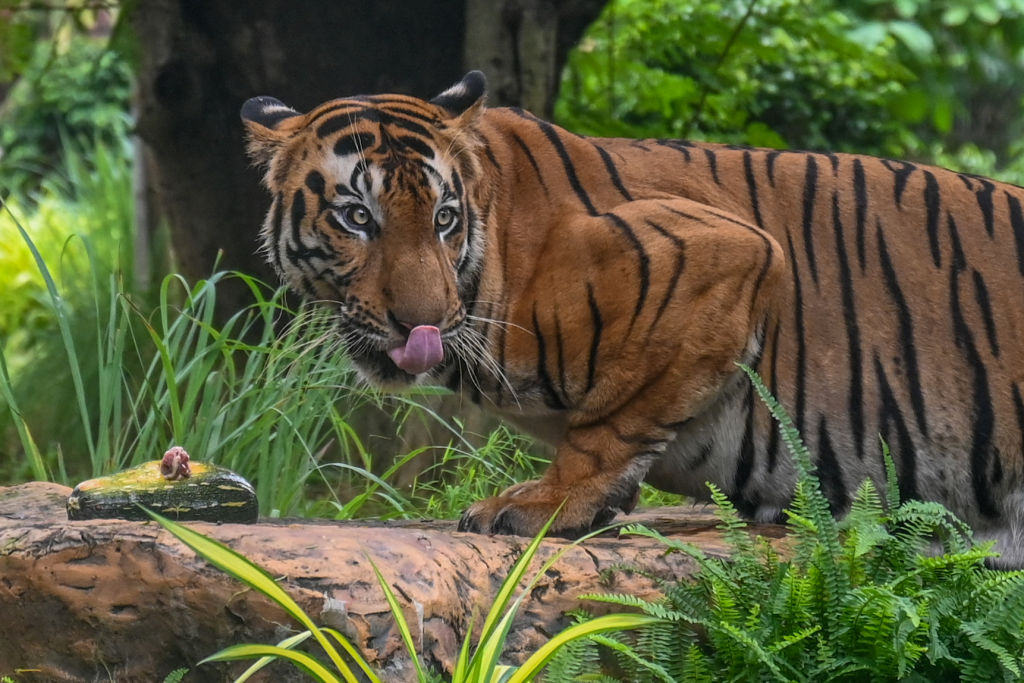 A tiger attack occurred during the weekend as locals found a man’s half-eaten body earlier this week, as part of renewed fatal tiger attacks in Northern India. The country has witnessed a wave of increased attacks in recent years, wherein tigers are getting closer to human settlements due to the latter’s expansion. 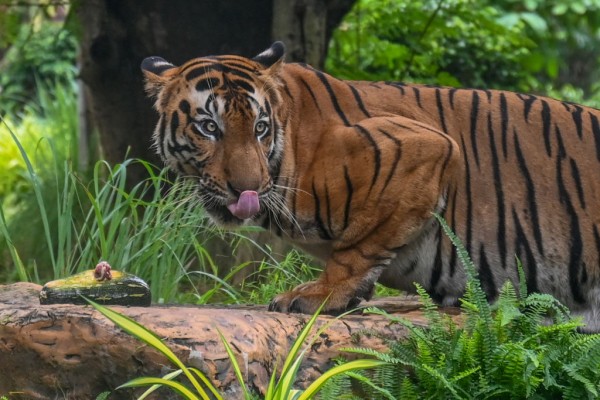 (Photo : Photo by PUNIT PARANJPE/AFP via Getty Images)
Shakti, a Bengal Tiger prepares to eat food at the Veermata Jijabai Bhosale Udyan and Zoo in Mumbai on July 29, 2021, on the World Tiger Day.

Locals found the man’s half-eaten body in a sugar cane field near the Pilibhit Tiger Reserve in the state of Uttar Pradesh on Monday morning, January 9. Local forest officials reported that pawprints next to the body indicate that the perpetrator was an adult male tiger, as cited by Newsweek.

The victim has been identified as Gokul Malik, 33, who went to work at a construction site in Bangawan village on Sunday morning, January 8, according to the Times of India, as mentioned by the online news platform. Malik’s family started to look for him when he did not return home, the reports say.

It was only a day after when his body was found in the field and was sent for an autopsy to determine the cause of his death. The village is located just right next to the Pilibhit Tiger Reserve, which is located at the border of the states of Uttar Pradesh and Uttarakhand.

The park is situated in Pilibhit district of Uttar Pradesh and it is part of the Terai Arc Landscape along the India-Nepal border. The reserve is also known for containing dozens of tigers, as well as other large predators, including leopards, hyena, and wolves.

The recent Uttarakhand tiger attack is only one of the many instances of the growing threat facing villagers and other residents of India for decades. Most of these attacks are unprovoked, as seen from some reports and on social media, where tigers could leap into a human out of nowhere, even in populated areas.

In October 2022, a tiger responsible for killing nine people in India was shot dead during an operation by members of the security forces and local government. Known as the “man-eater of Champaran,” the beast was killed after a hunt involving around 200 police officers and district officials, according to the BBC.

The tiger reportedly killed the victims in separate occasions in Champaran, in the state of Bihar, where it terrorized communities around the Valmiki Tiger Reserve.

Last year, a report said that an Indian farmer named Kalyan Saini, 54, was returning home from work during the evening hours in April in the state of Rajasthan when he and his two passengers were knocked off their motorcycle, The National News reported.

Saini briefly passed out and only realized after waking up that he was lying on his blood and his injured companions screaming after a tiger tore off his left arm and scratched his face. The wild cat was with her cubs but were not able to kill them after one of Saini’s passengers called for help through a mobile phone, leading to forestry staff arriving 15 minutes later.