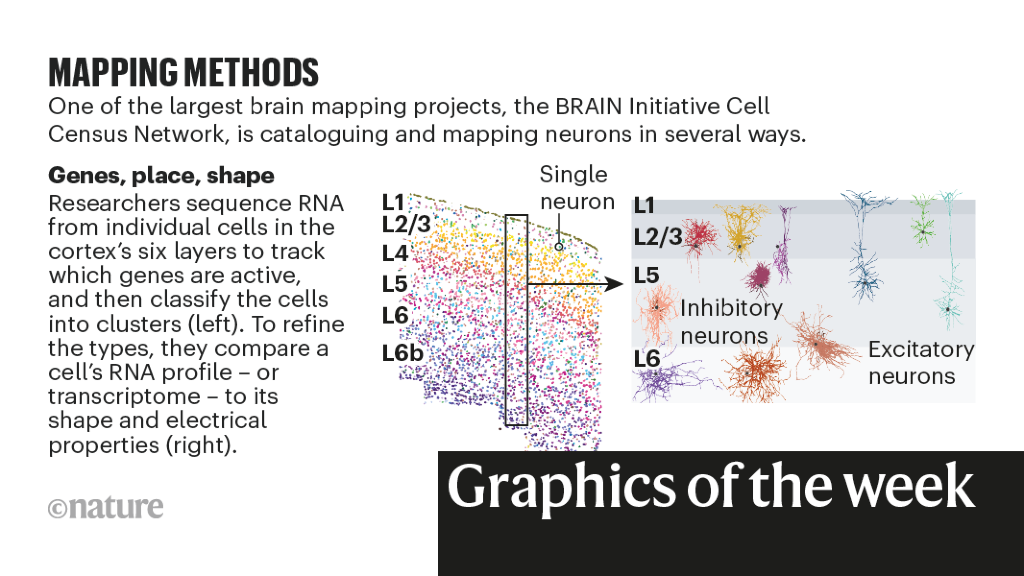 Indigenous territories, long a bulwark against deforestation in the Amazon, are under increasing threat in Brazil, according to an analysis of 36 years’ worth of satellite imagery. The data show that illicit mining operations on Indigenous lands and in other areas formally protected by law have hit a record high in the past few years, under the administration of President Jair Bolsonaro. Researchers at MapBiomas, a consortium of academic, business and non-governmental organizations that has been conducting geospatial studies across Brazil, developed algorithms that they used in conjunction with Google Earth Engine to conduct the analysis. They found that over the past decade, illegal mining incursions — mostly small-scale gold extraction operations — have increased fivefold on Indigenous lands and threefold in other protected areas of Brazil such as parks.

Launched four years ago to identify and catalogue the diverse cells types found in mammalian brains, the BRAIN Cell Census Network has revealed the first major instalment of the project in Nature. Across 17 papers, the network has provided a comprehensive cell census and atlas of the mammalian primary motor cortex, a region of the brain responsible for movement. The researchers measured the RNA content in more than 1.1 million individual cells in the mouse motor cortex and analysed how it clustered. They found 56 distinct clusters, each considered to represent a different cell type.

Arctic sea ice has passed its minimum extent for this year, shrinking to 4.72 million square kilometres on 16 September, according to the US National Snow and Ice Data Center (NSIDC). Owing to a cool and cloudy Arctic summer, this year’s annual minimum was the highest since 2014, but it is still the twelfth-lowest sea-ice extent in nearly 43 years of satellite recordings. Scientists say that the long-term trend is towards lower ice cover, with the minimum Arctic sea-ice extent declining at a rate of 13.1% per decade.

COVID’s lessons for climate, sustainability and more from Our World in Data

A census of cell types in the brain’s motor cortex

How the world’s biggest brain maps could transform neuroscience

A census of cell types in the brain’s motor cortex

Thalamic circuits for independent control of prefrontal signal and noise