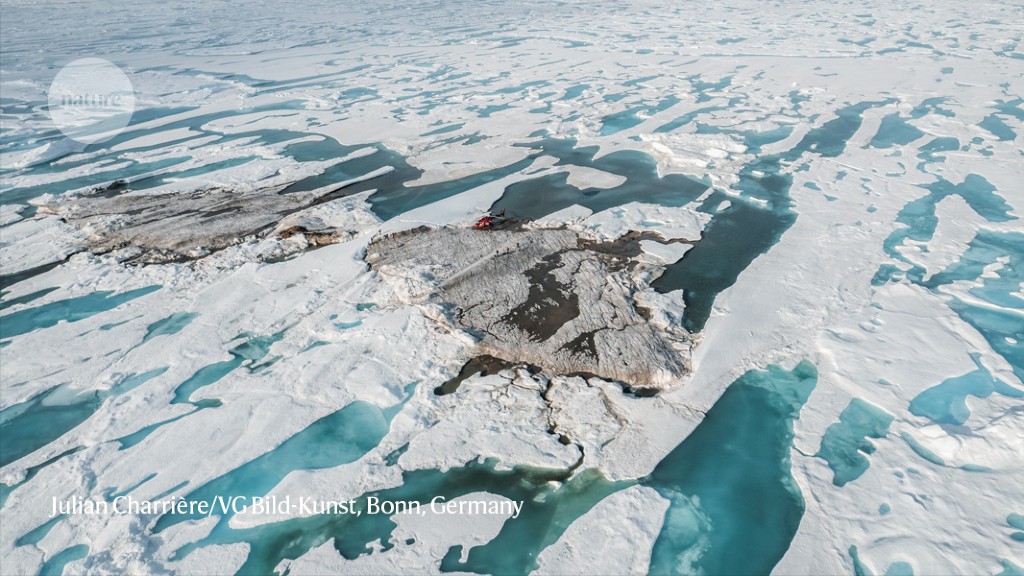 Shifting pack ice has uncovered what is thought to be the world’s most northerly island, off the coast of Greenland. Scientists discovered the island by accident while on an expedition to collect samples on an island called Oodaaq that was previously thought to be Earth’s northernmost piece of land.

The researchers flew by helicopter to where they thought Oodaaq was located, but couldn’t find it. While looking around, they came across another, previously undocumented, island almost 1 kilometre farther north.

The new island measures 60 by 30 metres and has a peak about 3 metres above sea level. There is no vegetation. The surface consists mainly of mud and moraine — rock and soil that is deposited by glaciers.

The researchers want the island to be named Qeqertaq Avannarleq, which means ‘the northernmost island’ in Greenlandic.

Extraordinary downpours such as those responsible for this year’s deadly flooding in Western Europe are becoming more frequent, and more intense, as a result of climate change. That’s the finding of a study by researchers involved in the World Weather Attribution initiative, which assesses whether global warming is a factor in extreme weather events.

Record rainfall caused severe flooding in Germany, Belgium and the Netherlands in mid-July. The floods damaged the measurement stations that scientists normally use to collect data on water levels, so the study relied on rainfall data to assess the influence of climate change. The researchers poured these data into models that combined historical local weather and rainfall data with climate simulations for the wider region.

The models suggested that human-caused climate change had increased the rainfall intensity of such storms by 3–19%, relative to a pre-industrial climate that was 1.2 ºC cooler than today’s. They also estimated that similar events can now be expected to hit any part of Western Europe about once every 400 years.

The work is described in a preprint on the World Weather Attribution website. It has not yet been published in a peer-reviewed journal.

Policy, drought and fires combine to affect biodiversity in the Amazon basin

The contribution of insects to global forest deadwood decomposition