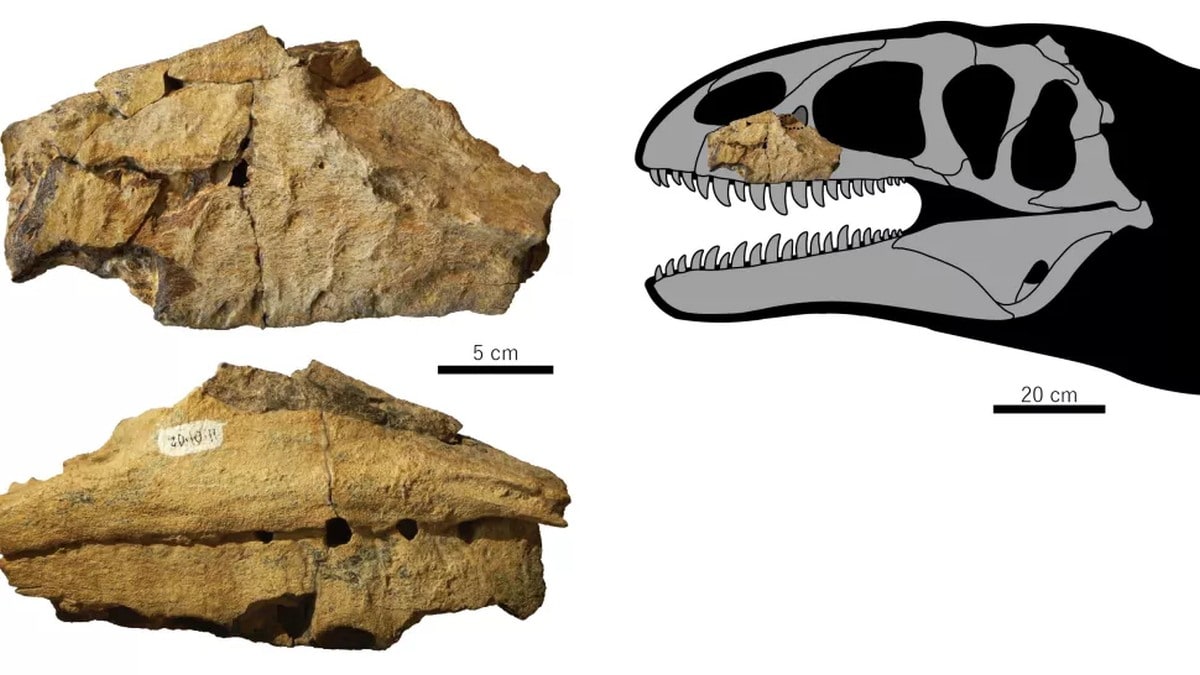 About 90 million years ago, during the Cretaceous period, a gigantic dinosaur with ‘shark-like’ teeth prowled in present-day Uzbekistan, says a new study. The meat-eating dinosaur was 7.5-8 metres long and weighed 1,000 kg – which would make it a little longer than an African elephant and heavier than two fully grown water buffaloes. Researchers were surprised by the size of the beast as it was much larger than the ecosystem’s previously known apex predator: a tyrannosaur. It was almost twice in length and over five times heavier, the researchers found after studying the jawbone.

These findings were published in The Royal Society journal this week and researchers have named the beast Ulughbegsaurus uzbekistanensis, after Ulugh Beg, a 15th-century astronomer-mathematician. The researchers studied the jawbone, found in Uzbekistan’s Kyzylkum Desert in the 1980s, and said the carnivore Ulughbegsaurus would have walked on two legs, with a large head, short forelimbs, and sharp claws. It was a “shark-toothed” dinosaur aka carcharodontosaur. These carnivores were related to as well as competitors of tyrannosaurs, whose famous species is the T-rex.

The researchers say Ulughbegsaurus — a theropod characterised by its hollow bones and three-toed limbs — would have been the largest carnivorous predator at that time. And the small tyrannosaurs that lived during the same period would have been one-fifth of its body mass. It’s still a mystery what made the Ulughbegsaurus extinct, but its disappearance resulted in tyrannosaurs growing larger and becoming the dominant predator in Asia and North America.

The researchers have noted that this is the first carcharodontosaur (shark-toothed dinosaur) discovered in Central Asia. Other dinosaur species, like the tyrannosaurs, lived at the same time and place, but they were several times smaller than Ulughbegsaurus. This finding is also the last known occurrence of a carcharodontosaur and a tyrannosaur alive together in the same geography. The researchers hope that the discovery will unlock more knowledge of that period.