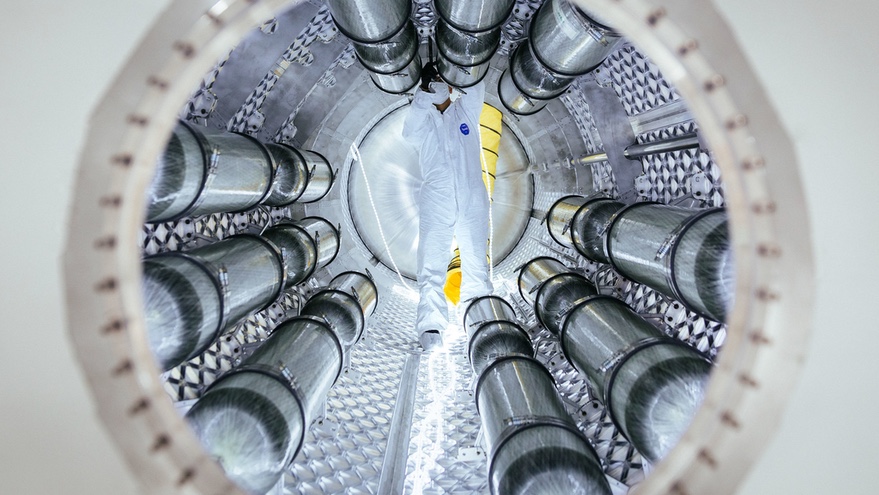 ABL Space Systems said Sept. 16 it will launch the NASA Cryogenic Demonstration Mission spacecraft on its RS1 rocket in 2023. NASA selected a team led by Lockheed Martin in 2020 to develop the smallsat mission, which will test cryogenic fluid management technologies in orbit using liquid hydrogen, under a $89.7 million contract.

At the time of the award, Lockheed Martin planned to launch the spacecraft using in-space transportation company Momentus, who would manifest the satellite on a Vigoride transfer vehicle launched on a Terran 1 rocket by Relativity Space in 2023.

Lockheed, though, dropped Momentus from the program according to an April 2021 Securities and Exchange Commission filing by Momentus. Neither Lockheed nor Momentus disclosed the reason for removing Momentus from the project, but the filing came as Momentus was facing federal government investigations into its Russian ownership at the time that delayed its first Vigoride missions.

“This cryo demo is a great example of the unique science missions enabled by low-cost, dedicated launch, and we’re happy that RS1 was chosen,” Dan Piemont, president of ABL Space Systems, said in a statement. The company will make modifications to its GS0 ground system to support liquid hydrogen, as well as to the payload fairing and payload support systems of the RS1 to allow liquid hydrogen to be loaded into the spacecraft before launch.

Lockheed, which is responsible for the launch services for the Cryogenic Demonstration Mission, is an investor in ABL Space Systems. Piemont told SpaceNews that this launch contract is separate from a block buy of up to 58 RS1 launches Lockheed made in April. Lockheed also selected ABL for its “UK Pathfinder” launch from the Shetland Space Centre in the United Kingdom in 2022.

ABL had been working toward a first launch of its RS1 rocket from Vandenberg Space Force Base in California this year. Piemont said that the company now plans to perform its first RS1 launch before the end of this year from Pacific Spaceport Complex Alaska on Kodiak Island. The company will operate “as soon as possible” from both Kodiak and Vandenberg, he said, but decided to use Kodiak for its first mission.

PayPal to lay off 2,000 employees in coming weeks, about 7% of workforce
Will a new wave of RSV vaccines stop the dangerous virus?
Asteroid mining startup AstroForge to launch first missions this year
What Your Brain Is Like With A Concussion
Norway’s gigantic sovereign wealth fund loses a record $164 billion, citing ‘very unusual’ year