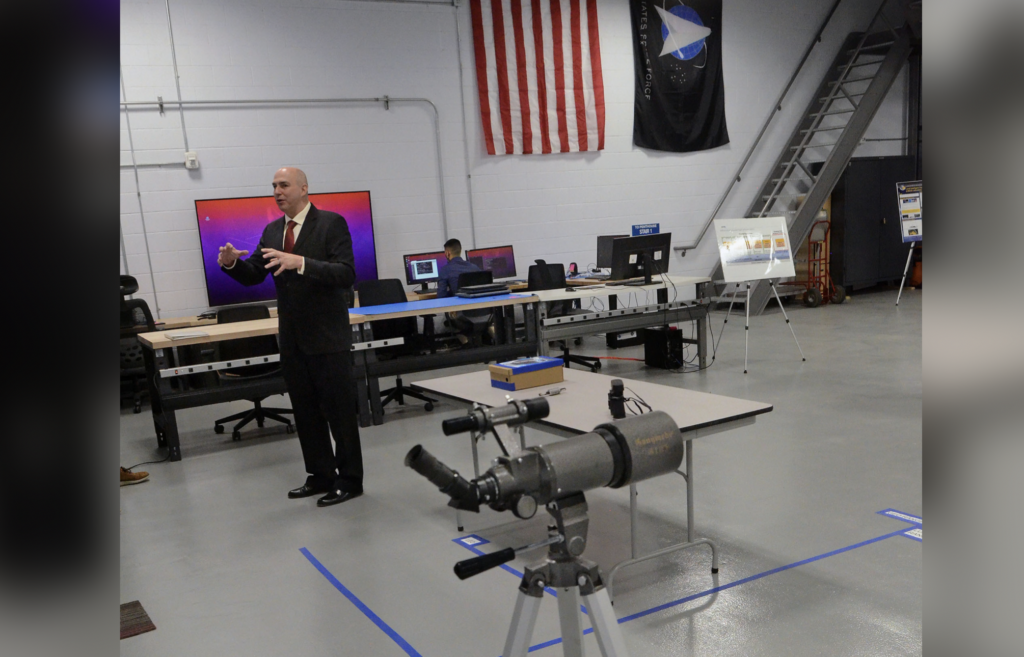 WASHINGTON — The Air Force Research Laboratory plans to use experimental cubesats to create a training environment for cybersecurity exercises focused on the space domain.

The AFRL Information Directorate is looking to build a cyber range for the Space Force and other organizations to conduct realistic exercises simulating cyberattacks against satellites and ground systems.

“There’s recently been a bigger push to have cyber defense experts working in the space arena,” said Thomas Parisi, program manager at the AFRL Information Directorate based in Rome, New York.

Parisi said there is a growing need for cyber defense training as the U.S. military worries its satellite networks could be targeted.

In response to that demand, AFRL is prototyping a training range that would replicate a real-world satellite operations center. While the Defense Department has numerous training facilities for cyberwarfare exercises, Parisi said, none exist where military researchers and operators can practice defending satellites using actual spacecraft in orbit.

AFRL is working with Stephenson Stellar Corp., a nonprofit research and development company that specializes in cybersecurity. The company, based in Baton Rouge, Louisiana, last year received a $22.7 million contract to develop the so-called Stellar Space Cyber Range.

“This provides for an actual, not simulated, space-based range environment for this research,” Parisi said. “We will work together with the space folks and determine what concepts, what technologies, what next generation cyber defense capabilities we can bring into the space domain.”

Jeff Moulton, president of Stephenson Stellar, said the cubesats have been built but there are still parts of the project that have not been funded.

“We’re looking for funding for launch,” he said. Moulton estimates that an additional $18 million would be needed to get the satellites launched and to develop cloud-based ground stations. He said potential users of the system, such as the Space Systems Command, the Space Development Agency and other Space Force organizations are likely to provide funding.

Parisi said having access to real hardware is a priority for researchers and for operators who need to protect systems. “We’re excited because we want to be able to get real assets up in space that researchers can actually use as a test range versus just working in the laboratory,” he said. “Being able to demonstrate concepts with an actual satellite constellation instead of just in a lab will have a much stronger impact.”