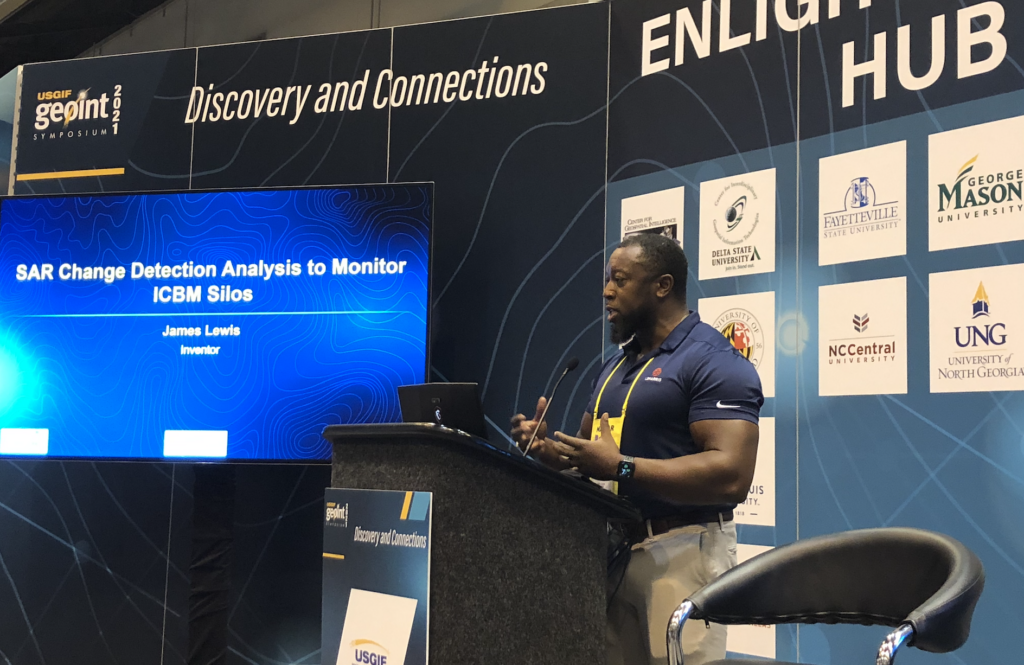 Based on intelligence from SAR imagery, Lewis concluded that the Chinese are building a large wind turbine farm presumably to power missile silos

ST. LOUIS — Photos taken by commercial satellites and analyzed by arms control experts earlier this year revealed that China is building 119 silos for intercontinental ballistic missiles in a desert in the northwestern part of the country.

That discovery, detailed in a June 30 Washington Post article, piqued the attention of imagery analyst James Lewis, a solutions engineer lead at L3Harris, who decided to dig deeper. Using a commercial imagery analysis tool and open-source radar imagery from commercial satellites, Lewis concluded that the Chinese also are building a large wind turbine farm presumably to power the missile silos, and roads to connect the silos and the power plants.

Using an L3Harris tool called ENVI SARscape, Lewis performed what is known as change detection analysis. He looked at the SAR imagery going back a year from when the silo pictures were published, and examined that area over that entire year to see what changes, if any, turned up.

SAR sensors generate a picture by actively illuminating the ground rather than utilizing the light from the sun as with optical images. SAR imagery does not look like an optical image which is more intuitive to the human eye.

The SAR images of the desert where the missile silos were found indicated that there were man-made objects in the area, Lewis said. A search on Google Earth revealed that they were wind turbines, he said. “There’s not a large population of people there. So why are they building all these wind farms there? … They are obviously trying to power something of relatively large size.”

Looking at a year’s worth of images, “we could see the change over a period of time, you can slowly start seeing dark lines, which are all the connecting roads between the silos and where they were building out those wind turbines,” Lewis said.

Lewis said he is fairly certain that the number of missile silos built during that year is larger than 119 but would not say the exact number.

Lewis noted that while SAR imagery can be very useful in discovering activities, it is not a substitute for optical images like the ones that led to the discovery of the Chinese silos.

“What we wanted to do was see how much more activity could we even tell by utilizing SAR,” he said.

One of the messages he wanted the audience to take from his talk is that SAR data is not as scary as many people think it is, and needs to be demystified. “A lot of people are afraid to utilize SAR because they think you need a PhD.”

The new tools now commercially available are lowering the barrier to be able to process SAR and “get some type of actionable intelligence out of it,” said Lewis.

Electro-optical and SAR imagery complement each other, he said. When he examined images of the open desert around the silos “if I was just using straight EO, it would have been very difficult to see those vehicle tracks” and figure out that roads were being built.