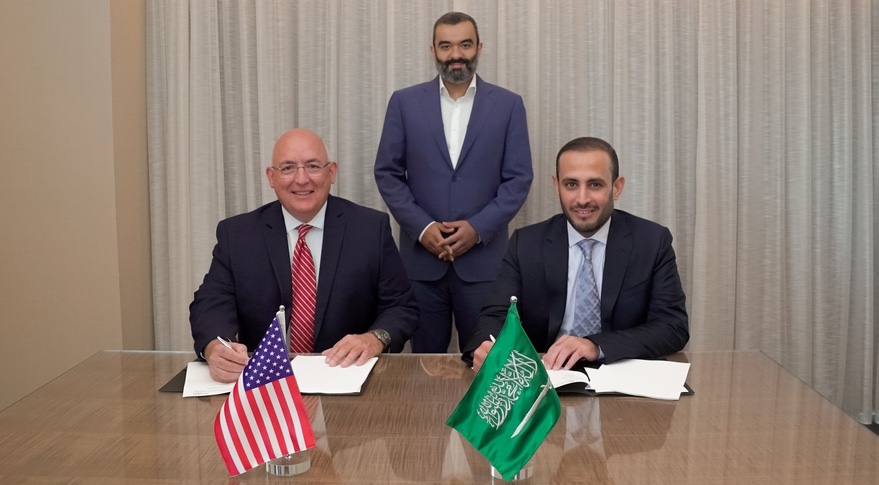 PARIS — Axiom Space will fly two astronauts from Saudi Arabia, one of them a woman, to space as soon as next year, the company and the Saudi government announced Sept. 22.

The Saudi Space Commission said it had created the country’s first astronaut program that would fly a man and a woman to space next year. The announcement disclosed few details about the recruitment and selection, and also did not state how the astronauts would fly to space. The commission did not immediately respond to emailed questions about the announcement.

Shortly after the Saudi statement, Axiom Space announced it was working with the Saudi Space Commission on “a future flight opportunity” for those astronauts no earlier than 2023. The company did not disclose terms of the agreement,

That flight could be as soon as the Ax-2 mission in the second quarter of 2023 to the International Space Station. The occupants of two of the four seats on that flight have yet to be announced by Axiom Space. Reuters first reported an agreement between the Saudi Space Commission and Axiom Space.

“This partnership highlights Axiom Space’s profound commitment to expand human spaceflight opportunities to a larger share of the international community, as well as to multiply scientific and technological development on Earth and in orbit,” Michael Suffredini, chief executive of Axiom Space, said in a statement.

“This mission is a part of Turkey’s ambitious 10-year space road map, which includes missions to the low-Earth orbit and the moon as well as developing internationally viable satellite systems.” said Serdar Hüseyin Yıldırım, president of the Turkish Space Agency, in a statement.

Axiom also announced Sept. 21 a memorandum of understanding with the Canadian Space Agency to study future space cooperation opportunities that could include flying Canadian astronauts on Axiom missions. While Canada is a partner in the ISS, as the smallest partner it gets opportunities to fly astronauts to the station only once every several years, less than Europe and Japan.

Axiom previously announced an agreement with the United Arab Emirates to send an astronaut on a long-duration ISS flight, the Crew-6 mission launching in 2023. That flight uses a seat that Axiom acquired from NASA in exchange for a Soyuz seat that the company had purchased directly from Roscosmos.

Axiom is also in talks with Hungary about flying an astronaut to the ISS. The company has agreements with Italy and New Zealand about research opportunities that do not necessarily involve flying astronauts from those countries.

The agreements, industry sources say, are part of an effort to demonstrate the demand from so-called “sovereign clients” or other nations, rather than from private astronauts. The Ax-1 mission flew three private astronauts, although they emphasized doing research during their two-week mission to the station in April.

Working with national space agencies, though, also carries risks. At the IAC, the Saudi government made an aggressive bid to host the conference in Riyadh in 2025. That bid appeared to be the front-runner, but encountered a backlash from delegates concerned about the country’s human right record. The International Astronautical Federation announced Sept. 22 that the 2025 event will be held in Sydney, Australia.

Tech layoffs send visa holders on frantic search for employment to avoid deportation
AST SpaceMobile plots $86 million share sale
Retracing a Mastodon’s Steps With Chemistry
A globally critical chip firm is driving a wedge between the U.S. and Netherlands over China tech policy
Science Of Why Golf Balls Have Dimples