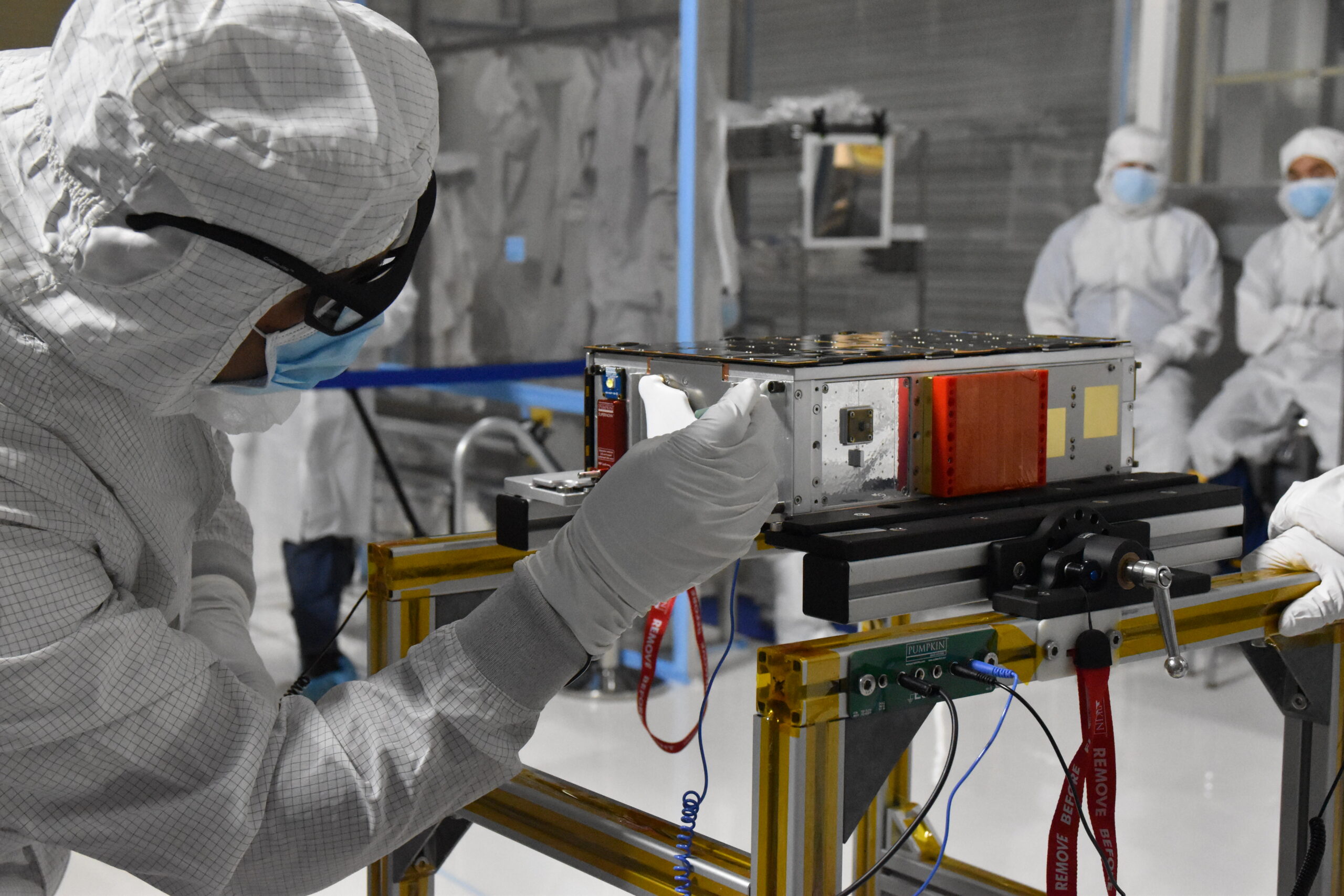 TAMPA, Fla. — CesiumAstro expects to be building satellites mostly by itself in two years to house the active phased arrays it has been developing, aiming to shift the paradigm for electronically steered antennas with commercial-like industrialization processes that lower costs and speed up production.

However, the startup seeks more direct access to the end customers that have expressed interest in its active phased array antennas.

“Our end customers fly communications and [intelligence surveillance and reconnaissance (ISR)] payloads as a core mission, and so if you have the core technology for the core mission, why not use a commodity bus or build our own satellite bus,” CesiumAstro founder and CEO Shey Sabripour told SpaceNews.

The venture has been investing in a second division in Broomfield, Colorado, to build satellite platforms, although it will stop short of building the more complex parts of a satellite’s architecture.

“We’re not going to build our own electric propulsion, maybe the star tracker, but pretty much everything else we have in-house capability,” he said.

Sabripour added: “We are keeping it a little bit under wraps, but we do have plans to have two vertically integrated Cesium satellites: One in 2023 and one in 2024.”

A United Launch Alliance Atlas-5 rocket was due to launch CesiumAstro’s Nightingale 1 active phased array technology Sept. 16 from Vandenberg Space Force Base, California, but was initially delayed amid a liquid oxygen shortage. High winds later pushed the launch at least another four days to Sept. 27.

The two cubesats, which CesiumAstro integrated in-house, feature steerable beams for flexible connectivity in addition to inter-satellite links for communicating with each other once in orbit. They aim to provide an on-orbit test bed for demonstrating the company’s proprietary hardware and software.

According to CesiumAstro, its use of commercial-off-the-shelf (COTS) components differentiates it from other active phased array technologies that use more expensive, custom space-grade electronics.

The venture is also adopting commercial-like industrialization production processes for the flexibility to adapt to changing market demands and mission needs, instead of bespoke small-batch manufacturing seen elsewhere in the active phased array antenna sector.

“We believe our approach pushes the envelope to provide a cost-effective phased array solution on aggressive schedules — a key enabler of [low Earth orbit] constellations,” a CesiumAstro official said in an email.

“Nightingale can be used in a multitude of applications (such as UAVs, airborne platforms, automotive, etc.) to increase bandwidth and enable customers to redevelop their mission roadmap as their needs change over time.”

Sabripour said CesiumAstro is also planning to fly a third satellite before 2023 with its technology, which like the first two satellites will be mostly built by third parties.

Also like its debut duo, which the Pentagon’s Defense Innovation Unit is partly funding, the third satellite will have Department of Defense missions onboard.

About 60-65% of CesiumAstro’s current customers are from the government and the rest are commercial, according to Sabripour, who said the venture is heading toward a 50-50 split.

He said its technology will meet growing demand for faster and more secure connectivity that will underpin emerging markets including autonomous vehicles and transportation.

“The one core technology in all of this is active phased arrays,” he said.

Active phased arrays have been around for decades, but have so far mostly served niche applications such as a radar in the nose cone of a jet fighter, or for very exquisite defense applications.

“But the technology over the past 20 years has matured so much that you can absolutely proliferate this,” he said.

CuPID was developed under a partnership between NASA and U.S.-based universities for testing competing models for measuring solar winds, and CUTE was built by a team at the University of Colorado, Boulder, for measuring exoplanetary mass loss and magnetic fields.

CesiumAstro announced Sept. 14 that it had achieved AS9100 quality certification in early September, an aerospace industry standard for safety-critical applications.