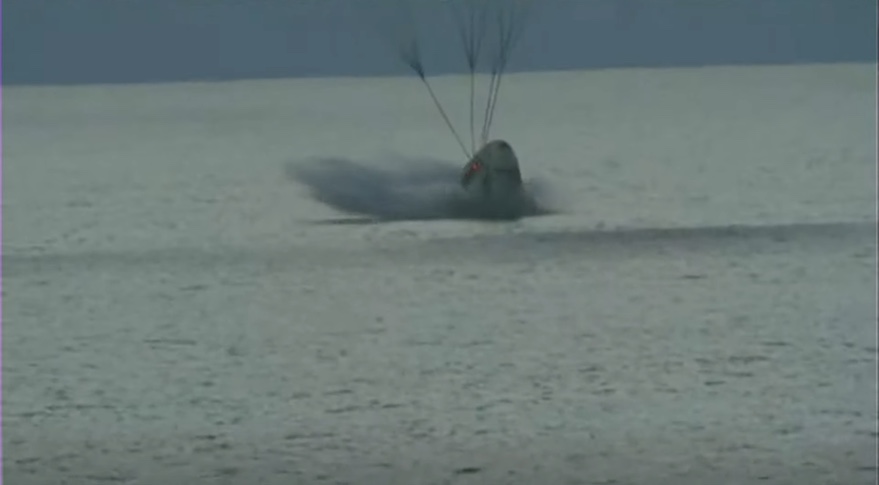 The Crew Dragon spacecraft Resilience splashed down off the coast from Cape Canaveral, Florida, at 7:06 p.m. Eastern. The splashdown took place 50 minutes after the spacecraft started its deorbit burn.

“Inspiration4, on behalf of SpaceX, welcome home to planet Earth,” Kris Young, SpaceX space operations director, said from SpaceX mission control moments after splashdown. “Your mission has shown that space is for all of us, and everyday people can make extraordinary impacts on the world around them.”

“Thanks so much, SpaceX. It was a heck of a ride for us,” Jared Isaacman, the commander, responded. “Things are just getting started.”

The splashdown wrapped up the Inspiration4 mission 71 hours after its Sept. 15 launch from the Kennedy Space Center. Isaacman, a billionaire, paid for the flight, intending to use it as a fundraiser for St. Jude Children’s Research Hospital.

Accompanying Isaacman on the mission were Hayley Arceneaux, a physician assistant at and former patient of St. Jude; Sian Proctor, a geoscientist and artist who won a competition affiliated with Isaacman’s online payments company, Shift4 Payments; and Chris Sembroski, selected through a raffle contest to raise money for St. Jude.

In a 10-minute live video session Sept. 17, the crew appeared to be enjoying their time in orbit. They discussed activities ranging from biomedical research to taking pictures in a cupola installed in the nose of the spacecraft.

Inspiration4 has raised more than $20 million for St. Jude since the launch, with nearly $56 million raised according to the project’s website. However, that is still far short of the goal of $100 million when Isaacman and SpaceX announced the mission in February. Inspiration4 said in a Sept. 17 statement that it hopes to raise $200 million, including $100 million Isaacman already donated, by February 2022.

Inspiration4 was SpaceX’s fourth crewed flight, but the first not part of NASA’s commercial crew program. The splashdown is the third for a crewed Crew Dragon spacecraft; the Crew-2 spacecraft that launched in April is still docked to the International Space Station and scheduled to return in November.