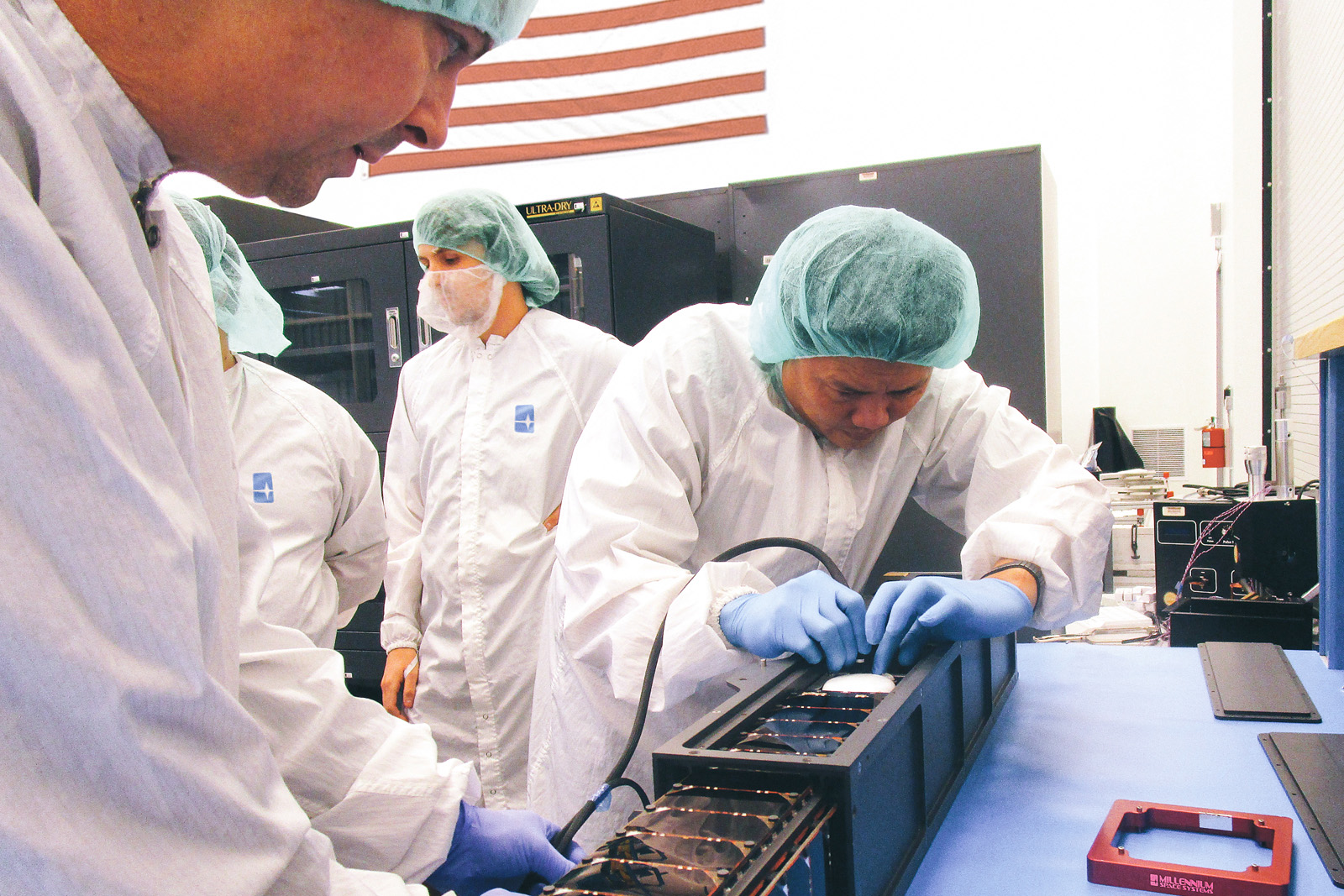 WASHINGTON — A U.S. Space Force missile warning experimental satellite built on a Millennium Space bus is projected to launch to geostationary orbit in 2022.

Millennium, a satellite manufacturer owned by the Boeing Co., now hopes to parlay the experience gained from this project into larger contracts for space-based missile defense systems.

Wide Field of View (WFOV), which carries an infrared sensor made by L3Harris, has been in development since 2016 and is scheduled to launch on the Space Force USSF-12 mission aboard a United Launch Alliance Atlas 5 rocket.

Kim said the market for missile defense satellites is forecast to grow significantly as the Space Force and other DoD organizations plan a multi-orbit architecture of overheard persistent infrared (OPIR) sensors.

A former Raytheon executive, Kim became CEO of Millennium in December and is looking to grow its national security business. The company, located in El Segundo, California, hopes to be selected to build a future constellation of missile-tracking satellites the Space Force could deploy in medium Earth orbit.

The Space Force in June tapped Millennium and Raytheon to design sensors that can track hypersonic missiles from medium Earth orbit (MEO). The companies are under 18-month contracts to develop digital prototypes that the Space Force will test and evaluate as a possible addition to the U.S. missile defense network. Current missile defense satellites are in geostationary and low Earth orbits.

“We are disrupting the traditional architecture by developing a MEO system,” said Kim. “MEO has not been traditionally looked at as an OPIR placing orbit.”

If the Space Force moves forward with the procurement of missile tracking satellites in MEO, Millennium will compete as a prime contractor, Kim said. The company has been working to transition from being a bus supplier to a prime contractor in national security satellite programs, he said.

About 80% of its satellite components are made in-house, Kim said. “We’re not just a bus provider, but we know how to develop the space vehicle, work with the payload instrument providers and do integrated testing.”

Kim declined to name specific programs where the company plans to compete. “We’re pursuing several restricted constellations which I can’t discuss,” he said.

Millennium also is seeking to capture some of the military’s anticipated demand for small satellites for different applications.

The company in 2018 won a Space Force Space Enterprise Consortium contract to produce Tetra-1, an experimental cubesat scheduled to launch on the USSF-44 mission aboard a SpaceX Falcon Heavy rocket to geostationary orbit.

Tetra-1 is the first of Millennium’s Altair satellite buses to qualify for operations in geosynchronous orbit.

The launch of USSF-44 had been planned for 2020 but has been delayed. It is now targeted for the fourth quarter of this year, said Kim. “We can’t wait to get it into geosynchronous orbit, and start demonstrating new techniques, tactics and procedures and concepts of operations.”

The Space Force plans to use Tetra-1 as a test platform to assess the performance of cubesats in geostationary orbit.