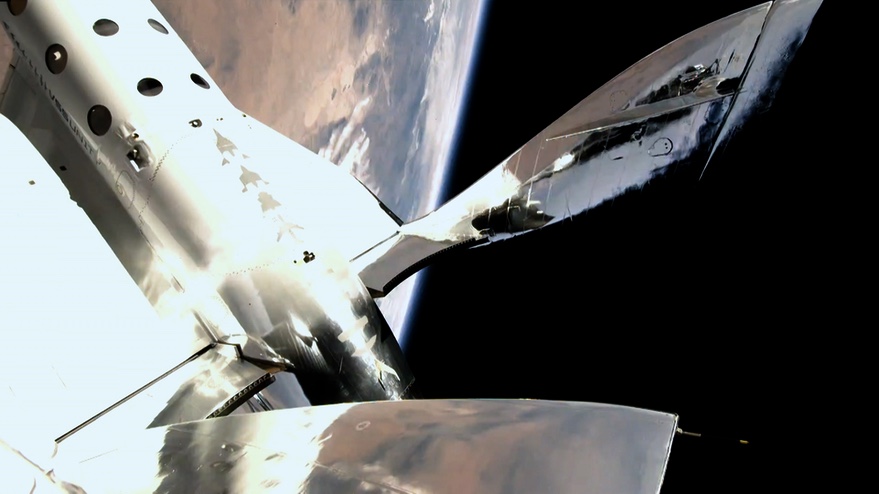 WASHINGTON — Virgin Galactic is further delaying its next SpaceShipTwo suborbital flight in order to check a potential issue the company says is unrelated to an ongoing Federal Aviation Administration investigation.

In a statement issued late Sept. 10, Virgin Galactic said a third-party supplier, which it did not identify, notified the company of a potential manufacturing defect in a flight control actuation system component. Virgin said it is conducting inspections with the vendor to determine if the suspect component needs to be repaired or replaced.

Because of the inspections, Virgin Galactic said the earliest it would perform the next SpaceShipTwo mission, called Unity 23, is the middle of October. The company had previously stated the mission would take place in late September or early October.

The issue, the company added, is not related to the incident on the previous SpaceShipTwo flight July 11. After a report that the vehicle had flown outside of its planned airspace during its glide back to the runway at Spaceport America in New Mexico, the FAA said Sept. 2 that it would not allow SpaceShipTwo to fly again until it completed its investigation into the incident. The FAA offered no schedule for that review in its announcement.

“We have a robust preflight readiness approach that is rooted in our thorough, proactive and safety-first culture. There is nothing more important to us than the integrity of our vehicles,” Michael Colglazier, chief executive of Virgin Galactic, said in a statement about the delay. “Our test flight processes and procedures are rigorous and structured to identify and resolve these types of issues. We look forward to taking to the skies again soon.”

Branson was on the July 11 flight, which landed safely despite the airspace excursion. “I would love to go again,” he said in the only discussion of Virgin Galactic during the session, which focused primarily on Virgin Orbit. “It was more extraordinary than I ever imagined it would be. The day was just magical.”

“Based on the waitlist we’ve got at Virgin Galactic, I suspect I’ll be in my 90s before I get a chance to go again,” the 71-year-old Branson said. The company had about 600 customers signed up before it announced plans in August to reopen ticket sales. “I’m telling them to hurry up and build as many rockets as they can. There’s so many people who would love to go to space.”