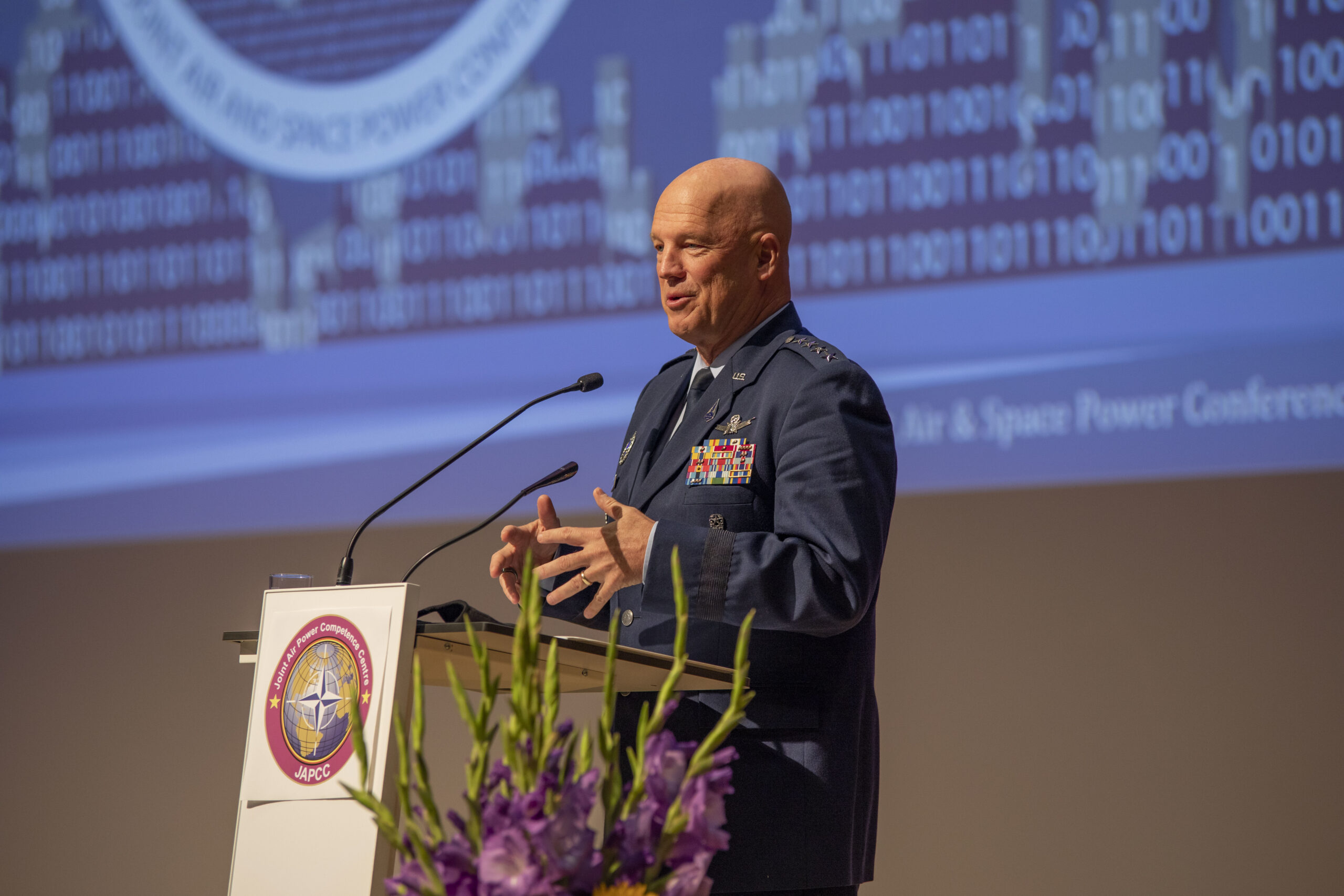 The combination of small satellites and computing power is one of the most exciting developments in space technology, said Gen. John “Jay” Raymond, chief of the U.S. Space Force

WASHINGTON — Tiny but powerful spacecraft enabled by microelectronics and advanced propulsion is a transformative trend in the space industry that will benefit national security, Gen. John “Jay” Raymond, chief of space operations of the U.S. Space Force, said Sept. 13.

Technology has made it possible for the industry to make smaller and cheaper payloads that can be deployed in large numbers to serve as eyes in the sky and move data around the globe in seconds. The combination of small satellites and computing power is one of the most exciting developments seen in space technology, Raymond said at a New America virtual conference sponsored by Arizona State University.

During a question-and-answer session with New America senior fellow Peter Singer, Raymond said the Space Force wants to take advantage of this technology to modernize its satellite constellations.

While there is soaring interest in space tourism and exploration, the transformation of satellite architectures gets less attention, Raymond noted.

“What is not quite as visible is the shift towards what’s being called a proliferated low Earth orbit architecture,” he said.

Remote-sensing constellations in low Earth orbit collect and deliver data at speeds that would have been inconceivable just a few years ago. The ability to analyze the data on the ground using artificial intelligence means “we can extract answers to really tough problems from that data,” said Raymond.

Small low-flying satellites will not replace the military’s traditional geosynchronous spacecraft but will allow DoD to get additional capabilities at lower cost, he said.

“Today our satellites are very exquisite. And they’re the world’s best but they’re not cheap, and they’re not something that we can procure overnight, They take time to acquire … We put a lot of mission assurance on it, which then drives increased costs and increased timelines, because you can’t take the risk of failure,” Raymond said.

The goal is a “hybrid” model, he said. “We’re gonna have exquisite capabilities but I think there’s also going to be a robust set of capabilities that aren’t exquisite.”

The vision is “an assembly line approach, where you can make a different risk calculus,” Raymond added. “I think it also enables more commercial partners and more international partners to participate.”

Raymond cautioned that the accelerating pace of commercial space innovation is creating congestion and increasingly going to make it difficult to distinguish benign activities from illegal or hostile acts.

“And that’s one of the challenges that we see in the domain,” he added. It’s one reason an international code of conduct for space activities is needed, Raymond said.