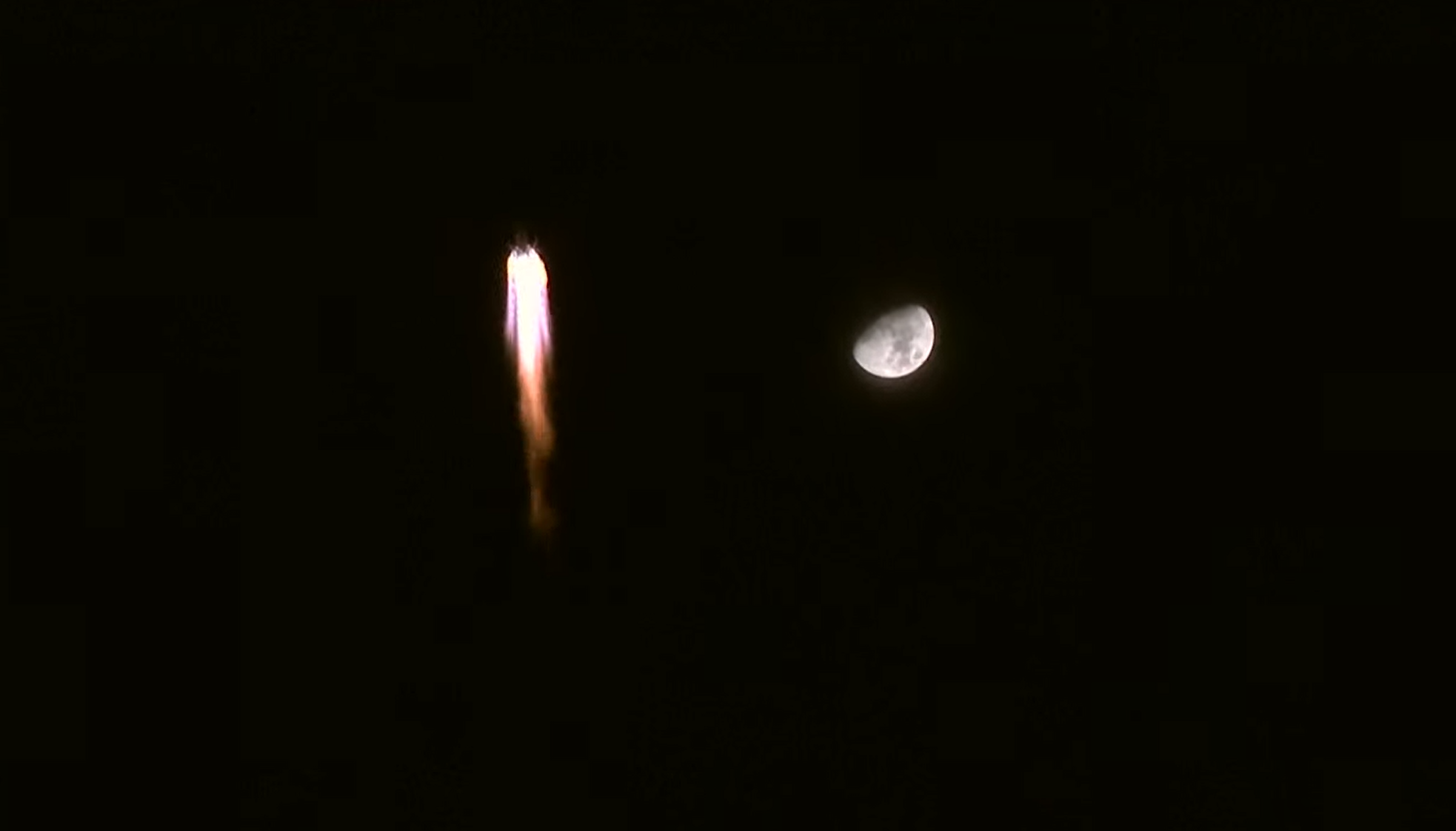 HELSINKI — A second crew of three astronauts are heading for China’s Tianhe space station module after the successful launch of the Shenzhou-13 mission Friday.

A Long March 2F lifted off from the Jiuquan Satellite Launch Center in the Gobi Desert at 12:23 Eastern Oct. 15. The rocket, with four side boosters, two stages and a launch escape system, rose from the LC43/91 launch complex into the black skies above Jiuquan after midnight local time.

Applause followed in mission control after each major launch event, culminating in Shenzhou-13 separating from the second stage, entering orbit and deploying its solar arrays.

Commander Zhai Zhigang and colleagues Wang Yaping and Ye Guangfu make up the crew of the three-module Shenzhou-13. The spacecraft is now due to attempt a radial rendezvous with Tianhe within the next eight hours and dock at the Tianhe module’s nadir port.

The trio are expected to stay aboard the 16.6-meter-long, 4.2-meter-diameter Tianhe for six months, which would be China’s longest by three months.

Major mission objectives include conducting two or three extravehicular activities, installing an adaptor to combine large and small robotic arms and carrying out a range of medicine and physics-related experiments.

Wang Yaping, 41, is also expected to deliver a live educational lecture from orbit, following on from her first such session during 2013’s Shenzhou-10 mission.

Zhai, 55, took part in China’s first spacewalk during Shenzhou-7 in 2008. In an Oct. 14 press conference he expressed confidence but also a sense of pressure.

“Now 13 years later, I will conduct another space mission. Apart from excitement, I am feeling pressure. But our Shenzhou-13 crew will remain true to our original aspiration and keep our mission firmly in mind, and do all we can to live up to our country’s and people’s expectations. We have the confidence and ability to accomplish this mission successfully,” Zhai said.

The mission is yet another major milestone as China expands the scope, duration and complexity of its crewed and robotic space endeavors.

Two cargo spacecraft, Tianzhou-2 and Tianzhou-3, are currently docked at Tianhe’s forward and aft docking ports. Tianzhou-2 will be used for a test of the ability of Tianhe’s robotic arm to manipulate future modules and transfer these from the forward to lateral docking ports.

Tianzhou-3 launched Sept. 20 to deliver nearly 6,000 kilograms of provisions, equipment and experiments for the Shenzhou-13 mission.

The 22.5-ton Tianhe launched late April and is the first module of an initial three planned modules to make up the Chinese space station. The first crewed mission, Shenzhou-12, visited from June to September.

Experiment modules Wentian and Mengtian are planned to launch in 2022 following the Shenzhou-14 mission, which will follow completion of Shenzhou-13 and launch of Tianzhou-4.

The launch is the second crewed Long March 2F mission of 2021 and 35th Long March launch of the year. China’s main space contractor has planned more than 40 launches in 2021.

Should COVID vaccines be yearly? Proposal divides US scientists
The DOJ’s antitrust case against Google is ambitious but risky
Companies learn to measure the unmeasurable
Everyone’s watching Meta’s earnings report for a hint at how online ads are doing
The next generation of coronavirus vaccines: a graphical guide