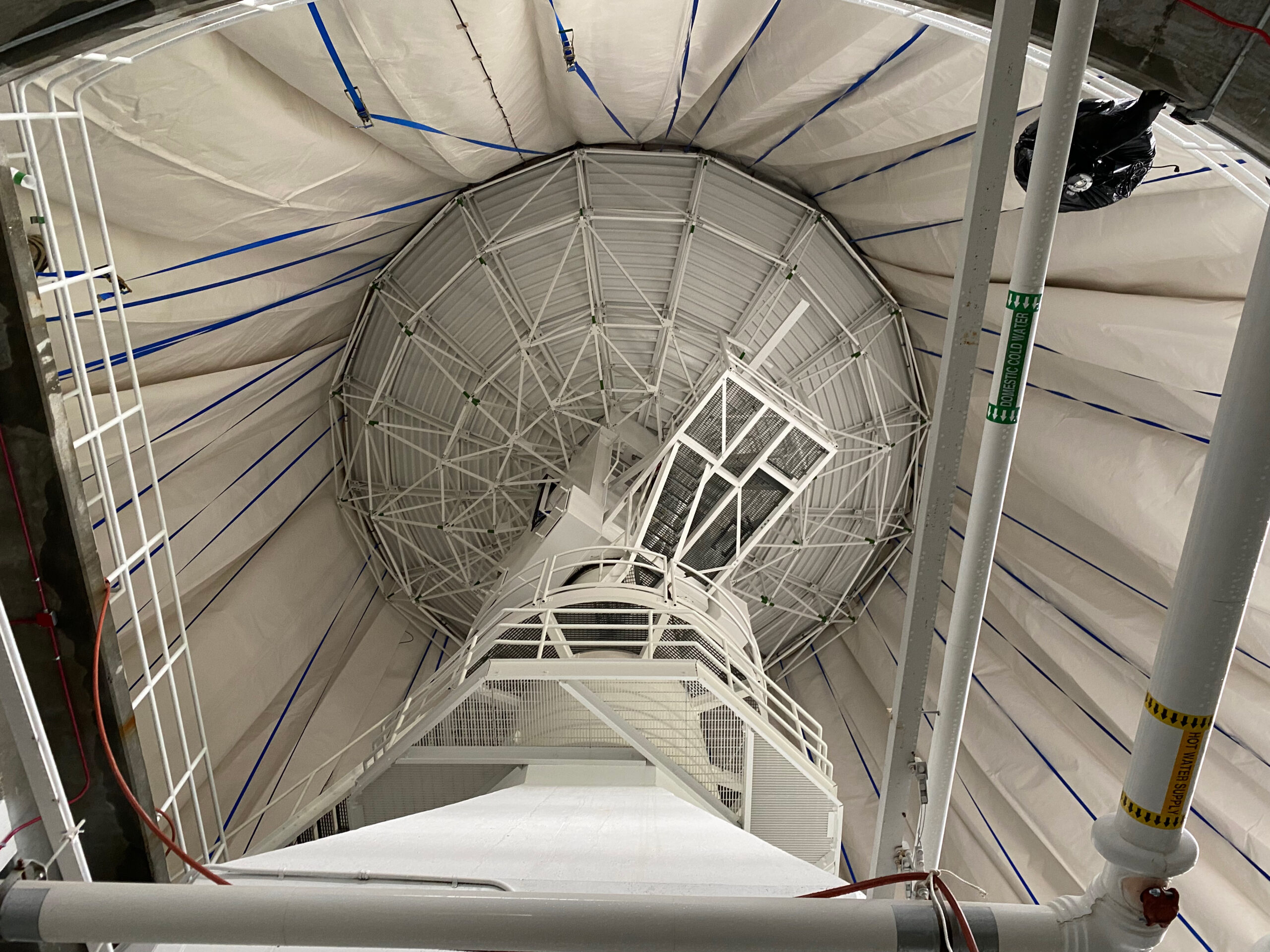 WASHINGTON — The ground stations and tracking antennas the U.S. military relies on to communicate with its satellites — known as the Satellite Control Network, or SCN — are decades old and short of the capacity needed to keep up with the projected growth in space activities.

There are seven SCN sites located in the United States and around the world. About 15 large dish antennas at these sites command more than 190 military and government satellites in multiple orbits.

“Certainly the Satellite Control Network is a venerable system that’s been around for a long time. So we have multiple efforts ongoing to ensure that it’s ready for the future that we now find ourselves in,” Lt. Gen. Stephen Whiting, commander of the U.S. Space Operations Command, said last month at the 36th Space Symposium.

The seven remote tracking stations monitor the position of satellites and control spacecraft’s propulsion, thermal and other systems. Because the antennas can only talk to one satellite at a time, they have limited capacity to transmit, and receive telemetry, tracking and command data.

Whiting said Space Force operators are figuring out ways to not overtax the system.

“We’ve worked with the squadrons that fly the satellites to make sure they’re only coming to the network when they absolutely have to,” said Whiting. “There was a time when we had a lot of extra capacity and you can just go do extra ‘states of health’ on your satellites,” he added.

“We’re trying to lower the demand signal,” Whiting said. “And we’re looking at new capabilities coming on, like phased array antennas which would give us a significant increase in capacity, as well as partnering with commercial and civil organizations to use their satellite control networks.”

Fred Taylor, vice president of space and cyber operations at Viasat Government Systems, said time slots to use DoD satellite tracking stations are limited. “It can be difficult to get the aperture you need, when you need it for your mission. A missed contact can have dire consequences.”

Viasat is one of several companies that provide commercial antennas and ground services to supplement the SCN.

Buy hardware or use commercial services?

Space Force officials said the strategy to modernize the SCN will include a mix of new hardware procurements and commercial services augmentation.

The Pentagon’s Defense Innovation Unit and the Space Systems Command over the past two years have looked at options to replace the existing parabolic antennas with modern electronic phased arrays that can maintain contact with multiple satellites across different orbits and frequency bands.

“During the life of the contract, MBMM demonstrated a phased array technology for transmitting and receiving capabilities with live DoD assets,” said Aldini. “While SSC is no longer pursuing MBMM, we are continuing to work in partnership with Space RCO to share relevant information, knowledge and lessons learned from the original MBMM effort.”

A spokesperson for the Space RCO said the agency could not comment on its plans to modernize the satellite control network.

“We have a related procurement, but it is not MBMM-reincarnated,” the spokesperson said.

To supplement capacity at the SCN tracking stations, the Space Force can tap into the Commercial Augmentation Services (CAS) program.

The CAS program started in 2016 when the Air Force Research Laboratory awarded Braxton Science and Technology Group a small business innovation research contract to figure out how to augment the military satellite control network with commercial antennas.

Braxton in 2019 got a $14 million contract to expand the CAS. The company in October 2020 was acquired by Parsons Corp.

Ed Baron, former president of Braxton who now runs the CAS program at Parsons, told SpaceNews that the military is not fully taking advantage of the commercial capacity available.

“It’s hard for satellite operators to schedule time on commercial systems,” he said. The SCN is overtaxed and meanwhile, the commercial industry is offering increasingly lower cost services, he added.

Baron said the MBMM effort to acquire phased array antennas was “an excellent program to be investing in, but tapping into commercial gives them access to hundreds of antennas.” Phased arrays each cost tens of millions of dollars, he said, so the government should consider the economic benefits of using commercial services.

Even though Braxton solved the technology gap, the Space Force has been slow to embrace commercial capabilities, Baron said. There is still an internal debate on whether CAS should be treated like a traditional acquisition “where you take the system through full testing, or do you treat it more like a commercial capability?”

By comparison, NASA and the National Oceanic and Atmospheric Administration for decades have relied on commercial services to command and control their satellites, said Baron. Most of the ground systems the Space Force uses today were not designed to communicate with commercial, “so the protocols don’t work.”

Parsons currently has “10 antennas set up for them to use,” he said. But demand has been slow. “We have three more coming online so there will be 13 antennas. We haven’t scheduled a single minute of time for them in probably a year,” said Baron.

“People ask for commercial capabilities,” he said. “This is one that we’d like to see them use more, and we think can save a lot of tax dollars.”

The issue is not just technical incompatibility between government and commercial systems, said Miller. “The Space Force’s biggest challenge is cultural,” he added. “It’s something senior leaders have publicly acknowledged and it remains an obstacle to taking full advantage of commercial capabilities.”

Despite some efforts to leverage commercial capabilities “some resistance remains due to outdated processes,” said Miller.

Another commercial option is being offered by Atlas Space Operation, a company that operates a global network of 30 satellite antennas and has a software platform that automates the scheduling process.

Atlas won a small business innovation research contract from the Air Force Research Laboratory to demonstrate the software platform, said McDaniel. “We provide DoD access to not only commercial networks, ours included, but also government owned networks, civil antennas, as well as DoD antennas through a unified access platform.”