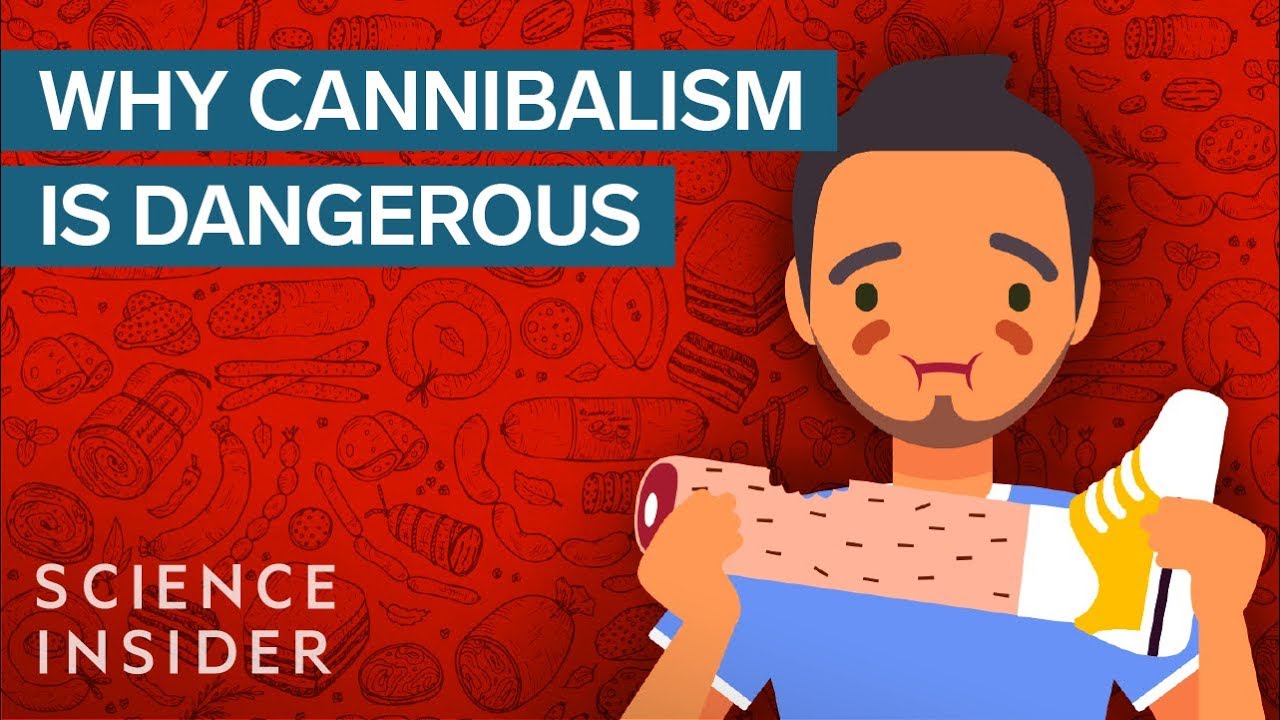 Science Insider tells you all you need to know about science: space, medicine, biotech, physiology, and more.

Following is a transcript of the video:

Did you know that cannibalism used to be a popular medical remedy?

That’s right! In the 17th century, well before Advil Europeans would ingest ground up mummies for headaches. And human fat, blood, and bone were used to treat everything from gout to nosebleeds.

Yet cannibalism is largely absent and morally frowned upon in today. But let’s forget the social quagmire. There are plenty of reasons why you shouldn’t eat people these days.

For starters, we now know that human meat is a surprisingly low source of calories compared to other red meat. According to one study human muscle contains about 1,300 calories per kilogram. That’s less than beef and nothing compared to bear and boar meat.

Now, you might think this would actually make human burgers a great low-cal alternative until you remember you’re probably trying to eat humans because you’re starving to death. So, low-cal is the opposite of what you want.

Plus it’s not worth taking the risk — if you can help it. Turns out, we carry some pretty nasty diseases that make 24-hour food poisoning look like the sniffles. Eat someone raw, and you risk contracting any blood-borne diseases they carried.

But even if you cook the meat, it still won’t always go well for you. Case in point are the Fore people of Papua New Guinea. They would eat the body and brain of deceased family members out of cultural tradition. But that practice stopped after hundreds of people died in the 1950s and ‘60s from an otherwise rare neurological disorder which they contracted from eating infected human brains.

Turns out, the brain tissue contained prions — deadly misfolded proteins that form spongy holes in your brain. They survive the cooking process and, if eaten, are highly contagious.

On the legal side of things, cannibalism falls into a gray area. Oddly enough, cannibalism itself is not illegal in the US or UK, but you probably committed some crime along the way to get that slab of meat.

Grave robbing, desecration of a corpse, murder, or maybe all of the above?

One exception that won’t put you behind bars, is if you eat … yourself! Yup, that’s a thing. It’s called autocannibalism.

The most common example today, called placentophagy, is when a woman eats her placenta after giving birth. The idea is that it can raise energy levels and reduce the risk of postpartum depression by stabilizing hormones. But the science is still out on whether there’s any real benefit.

Regardless, this ancient practice has recently found new life in Western culture. Kim Kardashian and Alicia Silverstone have reportedly done it. And there are numerous US companies that will grind your placenta into a powder so you can take it like any other vitamin supplement.

But the CDC warns that even this cutting-edge form of cannibalism is a bad idea. Because it can transfer harmful bacteria from mother to child.

So, if you have a hankering for human, maybe try some pork instead. After all — that’s what we taste like. Wait … we obviously mean: ACCORDING TO CANNIBALS ANYWAYS!